Saakashvili deepens hunger strike amid claims it was “fake”

The former Georgian president’s apparently weakening health has risen to the top of the opposition’s agenda, overshadowing recent contested elections. 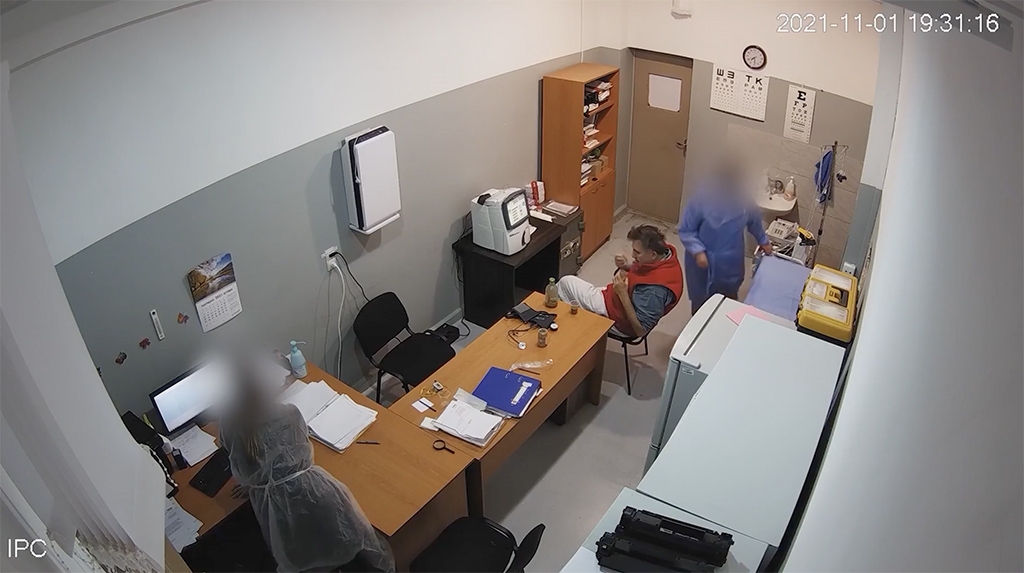 Tension over the fate of former Georgian president Mikheil Saakashvili has sharpened as he has promised to stop taking any nutrition following reports that he had been consuming some juice and “food supplements” while on hunger strike.

Meanwhile, Saakashvili supporters have begun a series of rallies in his support, as the energy of the political opposition shifts from challenging the rule of the Georgian Dream party to a focus on the health of the polarizing ex-president.

Saakashvili says he has been on hunger strike for over a month, since his arrest shortly after his surprise return to Georgia, in protest of what he calls his political imprisonment.

His doctors say his health has been worsening dangerously, while government officials have been mocking the hunger strike, calling it a fake and claiming he has been eating on the sly.

On November 6, Georgia’s Special Penitentiary Service released video of the former president in the infirmary of the prison where he is being held in the town of Rustavi, showing him – appearing weakened – eating something with a spoon on repeated occasions. They also released photos of pureed food and nutritional supplements that they claimed Saakashvili had been taking while on hunger strike.

The release of the video and photos only fueled the mockery of those who claimed Saakashvili was faking the hunger strike.

The release of the footage also was widely criticized, even by official bodies.

The state human rights ombudsman’s office released a statement saying information released about his nutritional intake was “incorrect” and that since October 30 he had been consuming “small amounts of juices and mineral purees for medical purposes” but that it did not amount to a violation of the hunger strike.

The State Inspector’s Service, a body tasked with protecting Georgians’ digital rights, said it was looking into whether the release of the video and photos amounted to a violation of Saakashvili’s privacy.

Justice Minister Rati Bregadze defended the release of the video and photos, saying that it was done to counter what he called false claims of Saakashvili’s medical team, and that what the former president had been consuming went outside the bounds of medical necessity.

“As of this morning, so as to finally stop any speculations, I have stopped taking not only juice, but also minerals and vitamins which have been supporting my vital functions,” he wrote on his Facebook page on November 7. “Now, since my condition was getting worse every day and, perhaps, things will deteriorate at an even faster pace. Nevertheless, my faith, belief in victory and freedom, is inexhaustible.”

Since Georgian Dream came to power in 2013, members have never stopped relying on rhetoric vilifying Saakashvili and presenting themselves as saviors following his autocratic rule. The longer that Saakashvili’s United National Movement was out of power – with Saakashvili himself in exile in Ukraine – the hollower that message seemed.

As Georgian Dream’s own rule has become steadily more autocratic, the opposition had hoped to use the contested results of October’s nationwide local elections – which Georgian Dream virtually swept amid unusually harsh criticism of the irregularities around the vote – as a wedge to rally Georgians against the government.

Now, though, Saakashvili’s return has again placed him at the center of Georgia’s politics, with the elections and any other political concerns taking a backseat.

Other opposition figures and parties have accommodated themselves to Saakashvili’s agenda. Helen Khoshtaria, the leader of another opposition party, Droa, started her own hunger strike on November 4. “I’m not his [Saakashvili’s] supporter and have been his critic, but the Georgian government’s treatment of him goes beyond any norm,” she wrote on Twitter. “Unfortunately, we are only left with extreme means of protest.” She later specified that she was “strongly against” him returning to power.

Saakashvili’s supporters began what they said will be a series of protests that will last until the authorities transfer the former president to a private clinic where he could receive better treatment. The first such protest was held on November 6 in Rustavi, where Saakashvili is held, and another demonstration was scheduled for the evening of November 8 in central Tbilisi.

Meanwhile, an anti-Saakashvili protest was held on November 7 to mark the anniversary of a violent crackdown of protests in 2007, when Saakashvili was president.

As the confrontation has sharpened, the authorities have been regularly signaling that they intend to deal harshly with the opposition. They have accused Saakashvili’s party of planning a coup, warned that calling for “revolution” on social media was a criminal offense, and claimed that the opposition was planning to assassinate one of its own members in an alleged false flag operation. Ahead of the November 8 rally the Interior Ministry reminded Georgians that blocking administrative buildings was illegal and that “any violation of the law will be immediately stopped by the police and a corresponding legal reaction will result.”