Georgia’s former president will soon face trial for a variety of charges connected to his time in office. But there is widespread concern the proceedings will be more about politics than justice. 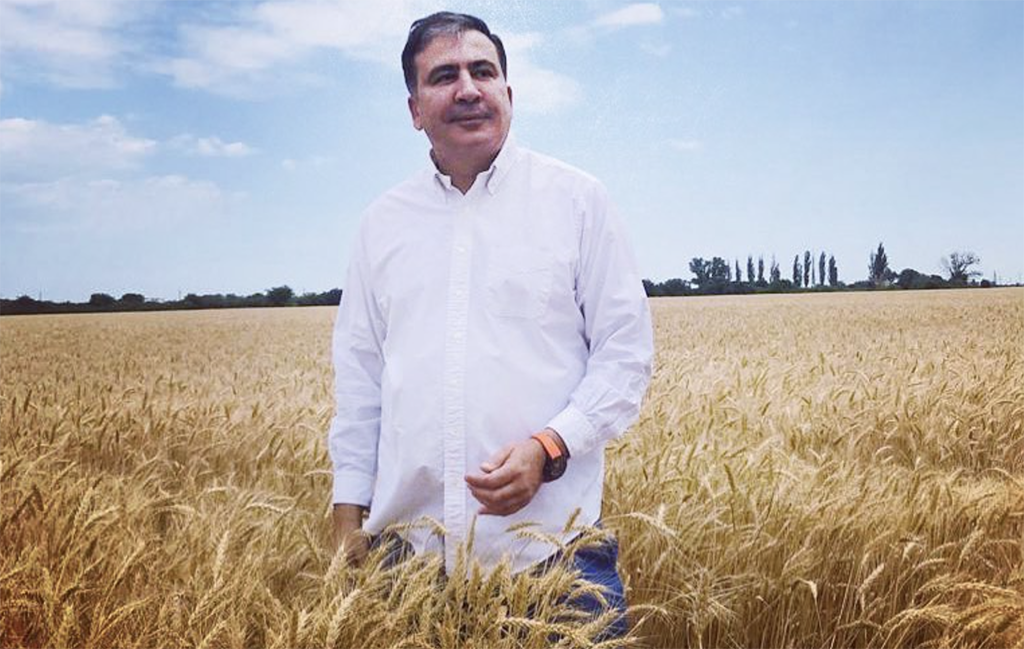 Georgia’s former president Mikheil Saakashvili is behind bars, awaiting trial on a variety of abuse-of-power charges from his time in office more than a decade ago. But as attention turns to these alleged crimes, there are widespread concerns that the proceedings will be politically tainted.

Saakashvili was arrested on October 1, shortly after his surreptitious return to Georgia after eight years in exile. He was detained for evading justice on two sentences issued in absentia in 2018, and prosecutors also intend to bring him to court on two separate abuse-of-power cases.

The Ukraine-based former president had been considered a fugitive in Georgia, but Saakashvili insists he is the victim of a political vendetta at the hands of Bidzina Ivanishvili, his political rival who has led Georgia either openly or from behind the scenes since 2012.

Saakashvili has gone on hunger strike in jail, reportedly losing more than 26 pounds in under two weeks; his personal physician warned on October 10 that he was on the verge of suffering permanent damage to his health. The authorities have mocked those claims; Prime Minister Irakli Garibashvili has said that Saakashvili is putting on a “show” and has consumed seven jars of honey, among other things, on the sly.

The public sparring over Saakashvili’s detention has highlighted the political significance of the legal case against him and heightened an already high-octane debate over the extent of the politicization of the country’s court system.

He is first scheduled to go to court on November 10, a date Saakashvili’s lawyers argue was chosen deliberately to keep him quiet ahead of a second round of local elections on October 30.

Enukidze took the case to the European Court of Human Rights, which ruled that the investigation into the murder “manifestly lacked the requisite independence, impartiality, objectivity and thoroughness.” The court ordered the Georgian government to pay Girgvliani’s family 50,000 euros in damages.

Although four Interior Ministry officials were eventually convicted of the murder, Saakashvili pardoned them and they were released in 2009, having served only half their sentences.

After Ivanishvili and Georgian Dream came to power in 2012, prosecutors began revisiting Saakashvili-era controversies. One of the party’s key promises to voters then was a “restoration of justice” that the party claimed had been consistently ignored and violated by the Saakashvili government. In 2018, a Tbilisi court found Saakashvili guilty in absentia of overstepping his authority by pardoning the convicts in the Girgvliani case. Saakashvili’s lawyers objected, arguing that, as president, he had the right to issue pardons.

The same year, the court found Saakashvili guilty in another case, in which he was accused of ordering Interior Minister Merabishvili to beat lawmaker and businessman Valeri Gelashvili after the latter had criticized and insulted the president in a newspaper interview.

Altogether, courts sentenced Saakashvili to six years in prison for his role in these two cases. But with Saakashvili in exile in Ukraine, he never served the time.

There are other, still-pending cases related to the heavy-handed dispersal of anti-government demonstrations in 2007, and the so-called “suits case,” in which Saakashvili is accusing of embezzling state funds for personal entertainment, including the purchase of expensive suits in the U.K. Investigations are ongoing in both cases. The hearing on November 10 is related to the 2007 demonstrations.

Saakashvili now also is likely to face additional charges of illegal border-crossing, having snuck across the border when he returned to Georgia in late September. Several of the people who allegedly helped smuggle and harbor him have also been arrested.

Saakashvili dismisses all the charges against him as merely vengeance from his political foe Ivanishvili.

The former president still has plenty of supporters in Georgia, who credit him with pulling the country out of the mire of corruption, crime and dysfunction it suffered in the 1990s. Led by Saakashvili’s United National Movement party, supporters demanding his release have been gathering outside the prison in Rustavi, just outside Tbilisi, where is being held pending trial. Television outlets loyal to Saakashvili have been excoriating the authorities daily with scathing reports on what they portray as a political persecution.

But there are plenty of others who carry personal grudges against Saakashvili or resent the excesses of his era, including harsh treatment of political dissent. The injustices of Saakashvili’s period have been the staple campaign-time talking point for the ruling Georgian Dream party from the day it came to power.

But the belief that the courts are controlled by Ivanishvili and Georgian Dream is widespread, and even some of Saakashvili’s critics doubt that the ex-president will get a fair trial. Prime Minister Garibashvili, a longtime Ivanishvili associate, only added to the concerns by saying that “we” would bring additional charges against Saakashvili “if he does not behave.”

Saakashvili, for his part, has no intention to behave and has been calling on Georgians to vote against Georgian Dream in runoff local elections on October 30 and to end Ivanishvili’s dominance of the country’s politics.

The proceedings are being followed warily by Georgia’s American and European allies. “We’ll be watching to see if the case is handled impartially and in accordance with Georgian law and Georgia’s international obligations,” U.S. Ambassador Kelly Degnan told reporters the day after Saakashvili was arrested. “That’s what we would hope to see going forward.”

“The official reactions from Georgia’s Western partners have been reserved, but they do see this is a partisan issue,” Kornely Kakachia, the director of the Tbilisi think tank Georgian Institute of Politics, told Eurasianet. “They are wary of Saakashvili’s radical instincts, but they are also increasingly frustrated with the current Georgian government and Saakashvili’s arrest is only contributing to growing Western skepticism that Georgia can’t honor its commitments to democratization and Western integration.”