Saakashvili: Not the Dalai Lama 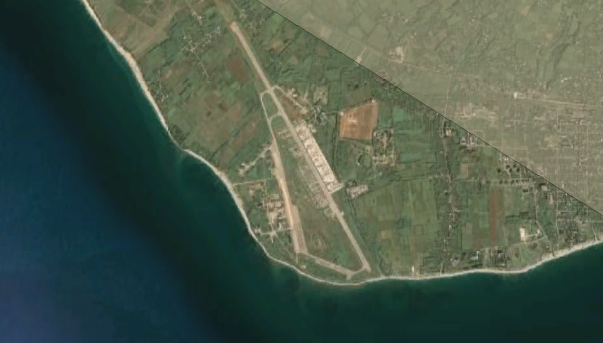 There are a lot of good details on the developing military situation in Abkhazia in the new International Crisis Group report, "Abkhazia: Deepening Dependence." Perhaps most notable is the steep decline in Georgian defense spending:

Russian officials have given various figures, from 1,700 to 3,700, for their troop numbers in Abkhazia. In the absence of international monitors on the ground, Western military analysts with access to satellite imagery estimate that between 4,000 and 5,000 Russian security personnel are there, including coast guard units, “border” forces and regular troops.

If Abkhazian officials harbour any reservations about the Russian presence, they do not show it. A high-ranking official told Crisis Group that Russian troops would not leave Abkhazia “even if Georgia recognised Abkhazia as an independent state. Russia is our guarantee of security”.

The number of Russians in high military and security positions in Abkhazia, according to official Abkhazian sources, seems not to have changed since 2008. They are also far less than in South Ossetia, where many Russian military or business figures with no previous ties to that region have held key posts in the past several years, including prime minister, defence minister and other top security positions.

Abkhazia’s regular forces are believed to be small, with estimates of the standing army ranging from 1,000 to 5,000. According to the 2010 budget, a relatively symbolic 283 million roubles ($9.8 million) is allocated for defence spending, just 7.3 percent of the total. However, some estimates put defence spending as high as 49.5 percent of GDP in 2008, when Russian subsidies were taken into account. While it is extremely difficult to verify any of these figures, it is possible that its own military spending could be falling now that the tiny entity has signed defence agreements with Russia and Moscow has several thousand troops stationed there. “They are not investing in equipment, recruiting or training to any significant extent”, said a Western military official with knowledge of the Abkhazian forces. There is little reason for them to, as Russia now provides for their defence”.

Russian officials, as well as the authorities in Abkhazia and South Ossetia, have repeatedly alleged that Georgia is engaged in an arms build-up and is preparing to start new hostilities in either of the entities. Georgian officials deny the charges and have noted that their government was not even allowed by Washington to purchase American defensive armaments, such as anti-aircraft equipment. EUMM observers, who do regular patrols up to the administrative boundaries with Abkhazia and South Ossetia and across the rest of Georgia, told Crisis Group that they have found no evidence to back claims of increasing Georgian military activity. “We have not seen any indication of this”, an EUMM officer said. Georgia has cut its defence budget by more than 50 per cent, from 1,547 billion lari ($899 million) in 2008 to 750 million ($436 million) in 2010. Over the past few months, 600 mid-level officers, including 100 colonels, were discharged from the armed forces, partially in an effort to slash spending.

But the drop in defense spending won't last, Mikheil Saakashvili said on Friday:

“I repeat we will never surrender. When we speak about reduction of defense spending, Mr. Targamadze, neither are you a leader of a Buddhist-Democratic party, nor do I look like Dalai Lama, either by appearance or by actions, because I want to live in my country and I want to struggle in my country to the end.”