The former Georgian president is having a second go at Ukrainian politics. 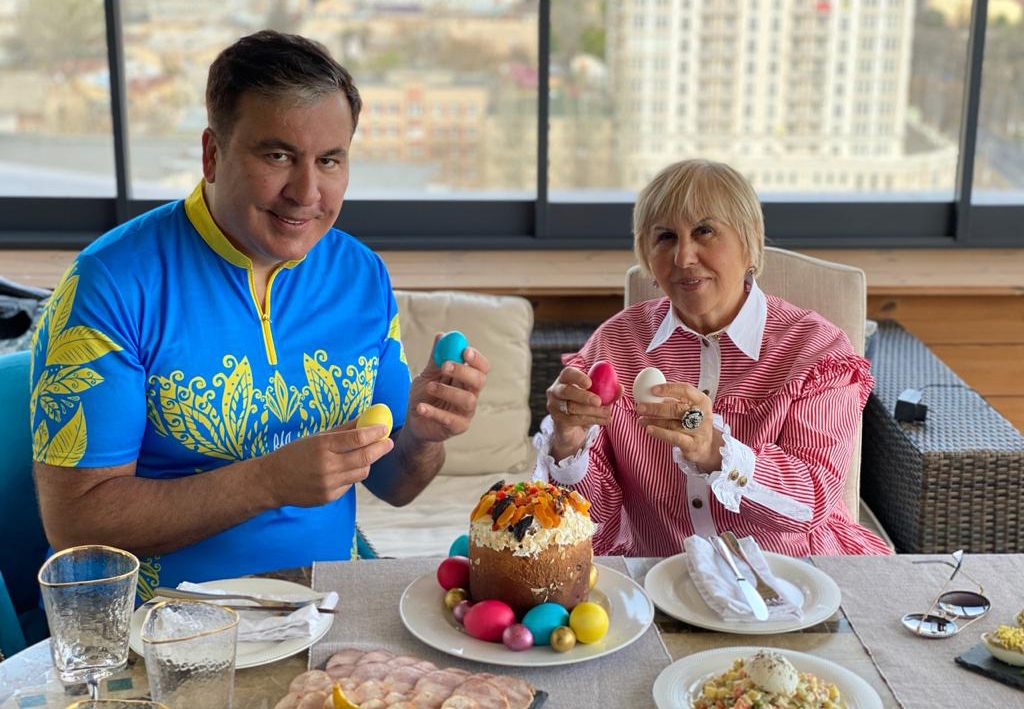 Georgia’s flamboyant ex-president is preparing for his second stint in the Ukrainian government, this time as vice premier.

The last time Mikheil Saakashvili, the roly-poly playboy of post-Soviet politics, made international news, he was balancing on a tiled roof in Kyiv, resisting police officers sent by Ukraine’s then-President Petro Poroshenko to arrest and banish him from the country. Now Ukraine has a new president, Volodymyr Zelensky, with a new outlook. Zelensky reportedly offered Saakashvili the job of deputy prime minister in charge of reform on April 22.

Saakashvili, who was the first to announce the offer on social media, said he was honored and ready to hit the ground running.

“I’m ready to work with all patriotic forces in the parliament of Ukraine and with other political forces in society” to help the country overcome its many challenges, Saakashvili wrote on Facebook.

The appointment, which must still be approved by Ukraine’s parliament, marks a new chapter in the kinetic politician’s career. Saakashvili keeps coming back despite efforts in two countries to remove him from the political scene.

He started out in 2000 as Georgia’s justice minister under President Eduard Shevardnadze. He soon emerged as Shevardnadze’s rival and, after leading Georgia’s 2003 Rose Revolution, his replacement. A decade later, he was banished from Georgia by the nation’s current effective leader, Bidzina Ivanishvili, and stripped of Georgian citizenship. In 2015, Saakashvili popped up in post-revolutionary Ukraine as governor of Odessa province and a Poroshenko ally. He had studied in Kyiv with Poroshenko as the Soviet Union crumbled.

He later ran afoul of Poroshenko, whom Saakashvili accused of failing to carry out meaningful reforms. Poroshenko stripped Saakashvili of Ukrainian citizenship and evicted him from the country. The Georgian wasn’t deterred, however, leading his posse back into Ukraine in a dramatic border-post drama in 2017. Poroshenko threw him out again after he was cornered on that Kyiv rooftop.

Zelensky restored Saakashvili’s Ukrainian citizenship last year and now apparently wishes to pick his brain. In Georgia, Saakashvili is credited with implementing serious reforms, such as stomping out rampant corruption. But his presidency was marred by accusations he overstepped his powers and ran roughshod over the opposition. Today, he is variably seen as a visionary reformer and a power-abusing populist.

The appointment could bring a chill in relations between Ukraine and Georgia, where Saakashvili remains the ruling party’s go-to bogeyman. Saakashvili himself is effectively campaigning in both countries, commenting actively about local politics on both Georgian and Ukrainian television. He regularly vows to bring down the billionaire chief of the ruling Georgian Dream party, Bidzina Ivanishvili. In both countries he has loyalists and foes.

Russia is also expected to react icily to the appointment. Saakashvili sees Russian President Vladimir Putin, whom he engaged in a brief 2008 war, as his archfoe. For his part, Putin does little to hide his disdain.

Sceptics in Georgia are already saying that the Ukrainian president is inviting trouble by bringing Saakashvili onboard. Saakashvili’s record includes turning on two presidents (Shevardnadze and Poroshenko) who had invited him into their teams.

For now, however, once again Saakashvili has shown that across the post-Soviet world he is the biggest political show in town.