The former president is now his party’s candidate for prime minister. But analysts say his presence on the ballot isn’t going to help. 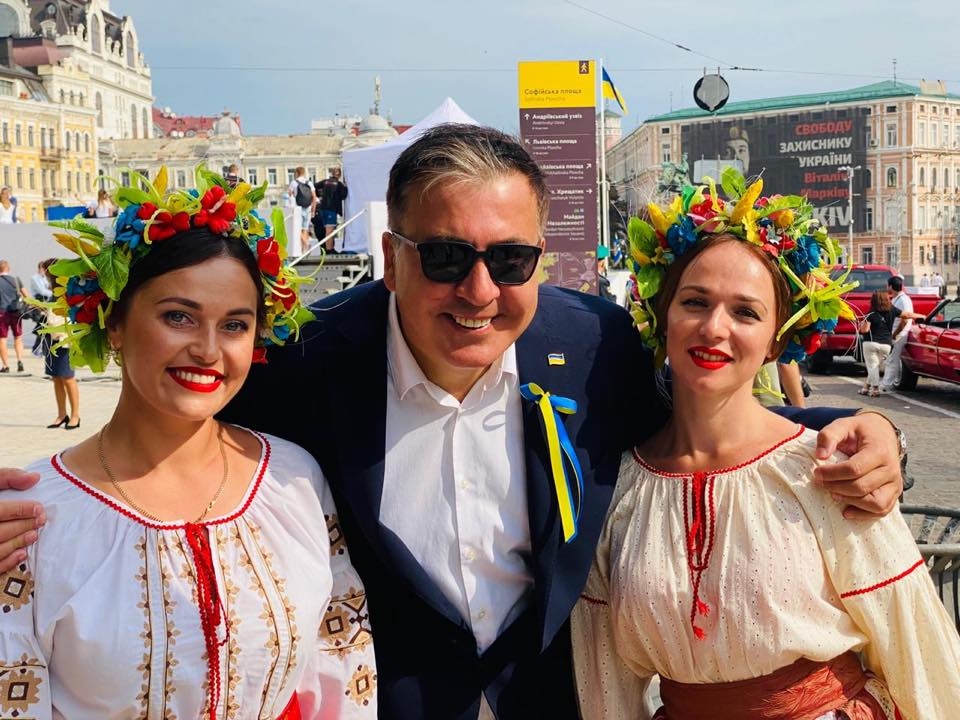 Georgia’s leading opposition party has nominated its polarizing leader, former president Mikheil Saakashvili, as its candidate for prime minister in elections next month. The move means the upcoming vote will be an explicit contest between the two fiercest rivals in Georgian politics: Saakashvili and the leader of the ruling Georgian Dream (GD) party, Bidzina Ivanishvili.

The United National Movement (UNM) party, which ruled Georgia from 2004 to 2012 under Saakashvili, announced on September 7 that it was nominating its former leader as its candidate for prime minister in the October 31 elections.

“Utilizing Saakashvili’s resources is absolutely essential for our state in order to achieve its internal and foreign policy goals,” UNM chairman Grigol Vashadze said in the announcement. “He has connections, experience, and authority in business circles outside Georgia, and authority among representatives of executive and legislative powers in allied countries.”

But inside Georgia, Saakashvili’s return to the political stage appears likely to only damage his party’s prospects.

GD’s outlook in the vote had already looked promising, as the government’s dramatic success in fighting the COVID-19 outbreak led to a well-timed spike in popularity.

Now, with the polarizing Saakashvili on the ballot, the ruling party’s chances only appear stronger. GD has long been criticized for having only a single message: that they were not Saakashvili and the UNM. That agenda resonated less and less the longer Saakashvili was out of power but now, thanks to the ex-president himself, the platform is again relevant.

“Saakashvili’s nomination is a bad sign for the opposition,” said Kornely Kakachia, the head of the Tbilisi think tank Georgian Institute of Politics. “Georgia needs a consensus leader to challenge GD, not someone divisive like him,” Kakachia told Eurasianet.

Following Georgia’s Rose Revolution in 2003, Saakashvili fundamentally transformed Georgia, turning it on to a firmly pro-Western, free market path that has now become political orthodoxy in the country. But Saakashvili’s heavy-handed methods wore thin with many Georgians, and GD took power primarily riding the wave of his unpopularity.

He is now a wanted man in Georgia and would face charges related to abuse of power were he to try to return to the country. He has spent the last several years in Ukraine, serving for a time as governor of Odessa. In May he was appointed as the head of the Ukrainian National Reforms Council, a move that led Tbilisi to recall its ambassador to Kyiv.

Still, Saakashvili has continued to weigh in regularly on affairs in his home country, maintaining a feud with Ivanishvili and GD over social media. He had recently dropped hints that he intended to make a more formal return to Georgian politics.

Seven years after leaving the presidency, he remains one of the most polarizing figures in Georgian politics. According to a recent poll by the National Democratic Institute and the Caucasus Research Resource Centers, Saakashvili ranked as one of the most liked and disliked figures in the country. Twenty-six percent of Georgians reported having a positive attitude toward him, and 39 percent, a negative attitude. (The corresponding numbers for current prime minister, GD’s Giorgi Gakharia, are 27 and 34; for Ivanishvili they are 17 and 49.)

But even as disillusionment with GD rule has grown, Georgia’s opposition parties have failed to articulate much of an alternative.

“Saakashvili wants to return to the past, Ivanishvili wants to maintain the current situation, and we want changes,” said Giga Bokeria, a former Saakashvili ally who now heads the rival opposition party European Georgia.

Analysts said Saakashvili’s move appears driven primarily by his ego rather than any electoral calculations, and that other party leaders are unable to stand in his way.

UNM had tended to gain popularity “when Misha was silent and preoccupied with Ukraine,” said Giorgi Mchedlishvili, a political scientist at International Black Sea University, using Saakashvili’s nickname. But “Misha is sooooooo overwhelmingly/fiendishly egocentric that the notion that his party fared better without him is an affront to him,” he told Eurasianet in an email interview.

“If it weren’t for Misha’s huge appetite, [the UNM candidate] could be any technocrat, but he doesn’t like that scenario,” Kakachia said. “I don’t think there is anyone who can influence him. He holds the UNM hostage – they can’t do much without him, even though he is a liability.”

The more Saakashvili gets involved in Georgian affairs, “the more Bidzina Ivanishvili benefits,” wrote analyst Dmitry Moniava in a commentary on RFE/RL. “Everyone says this: Saakashvili’s friends, his enemies, and neutral commentators. But he is like a boxer who has been defeated many times who still wants to show that he is on top, racing back to the past and dreaming of a rematch in the same ring, with the same fans.”