Hundreds crowd into the auditorium to watch the graduation ceremony and listen to speeches by Afghanistan's top brass. Surrounded by television cameras, one of the cadets steps up to the podium to receive her certificate. 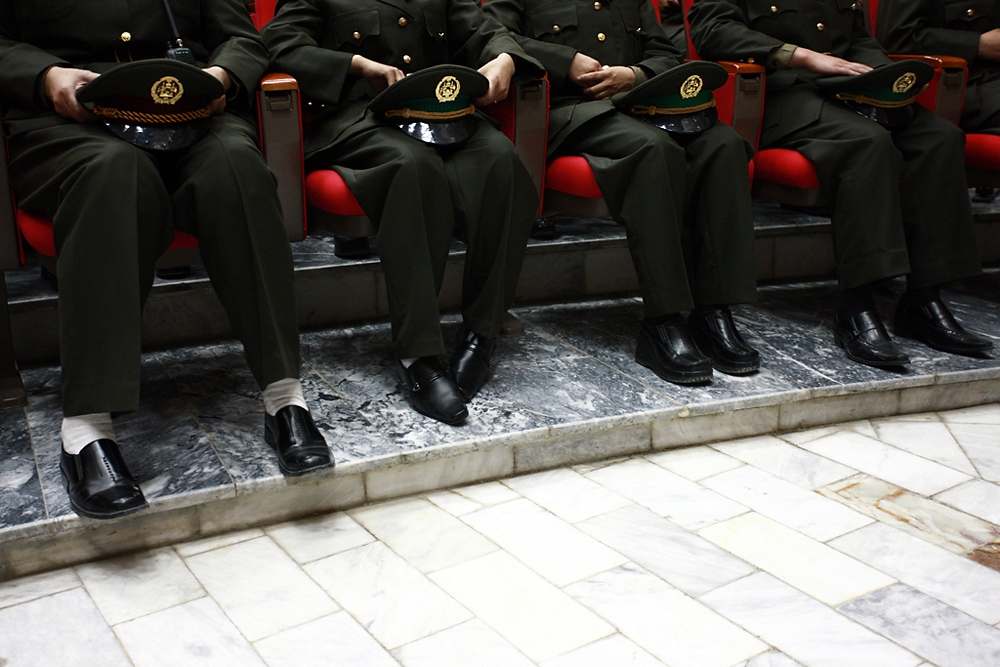 An American trainer and her graduating charge hug before the ceremony begins at the Afghan National Military Academy. A commanding officer of the women's officer corps poses with her peaked cap in hand. Masomeh Hosseini salutes the awarding officer as she receives her graduation certificate. Dressed in the Muslim attire typical of liberal urban Iranian women, Afghan translators for the US military watch the event. Golzadeh Hosseini and her daughter Masoumeh are the first family to have two generations of women serve in the Afghan military. 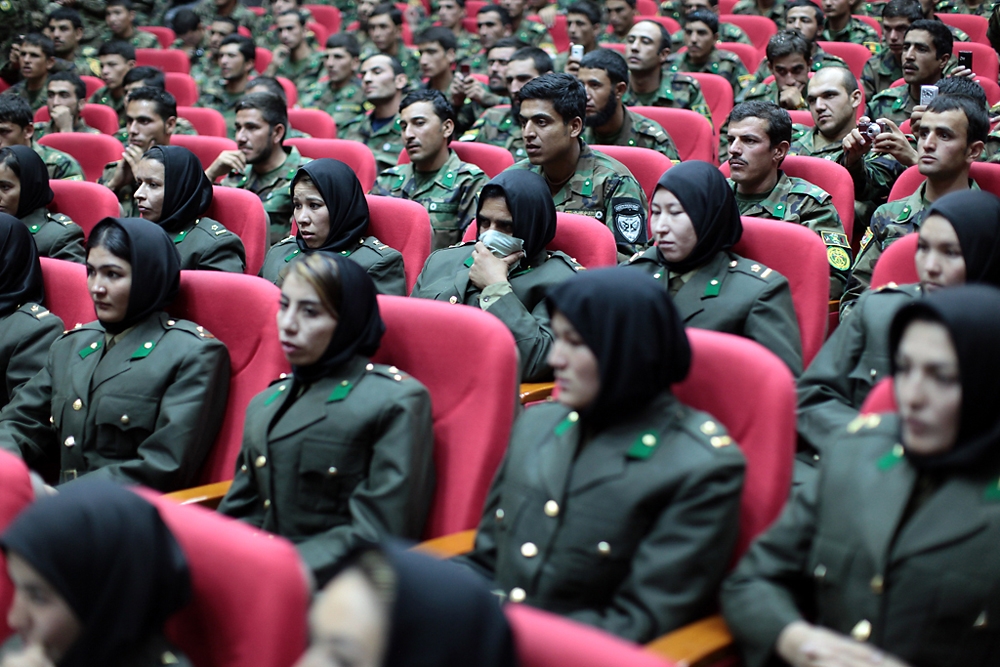 An officer, masking her face from an infection, sits in the ranks of female graduates watching the ceremony. 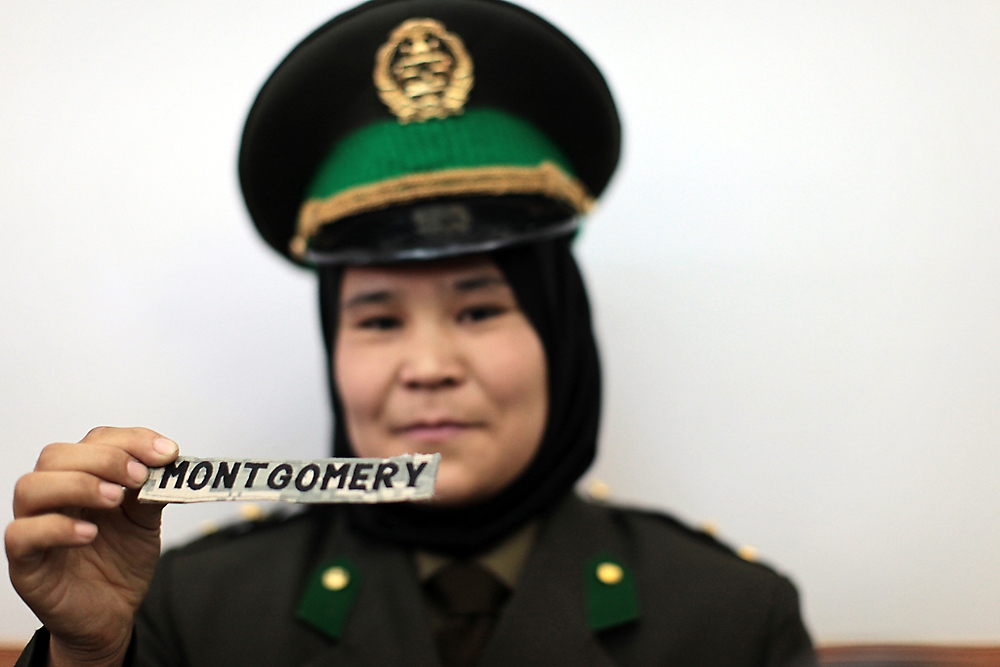 A graduating officer flashes the name badge of one of her US trainers who stripped it from her uniform as a gift.
prev
next

Twenty-nine Afghan women graduated as the country's first female officers during a ceremony that brought smiles, confetti, cheers and tears at the Afghan National Military Academy. But while it was all celebrations at the ceremony, Afghanistan’s first female officers had to struggle hard against social and familial persecution as they sought to enter a traditionally male domain. It is not surprising that only two-thirds of the initial applicants graduated.

Afghan women served in the Soviet-backed military in the 1980s but were sidelined by growing social conservatism in the 1990s, especially once the Taliban took control in 1996. Now, females joining the academy make long-term commitments that involve studying there for one year, additional training, and a total service of two decades.