The billionaire had bought his stake only months ago from the president’s son-in-law. 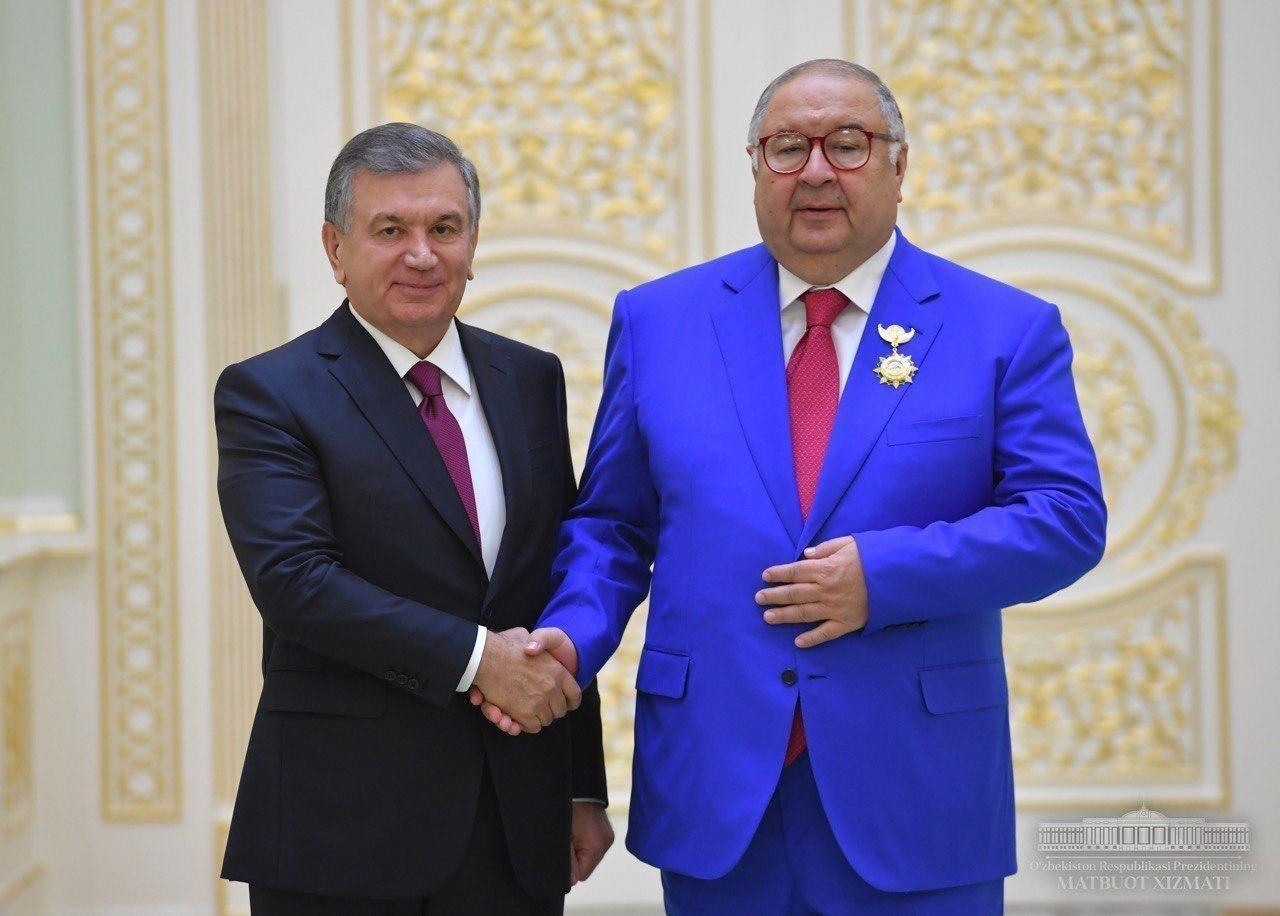 This article was updated on March 15 to reflect new information about company ownership.

An Uzbekistan-born Russian oligarch who is the target of international sanctions has abruptly sold his stake in an Uzbek bank which he recently bought from the president’s son-in-law.

Alisher Usmanov’s USM company has divested itself of its majority stake in Kapitalbank, the bank announced earlier this month.

It later transpired, however, that Usmanov’s business associates have taken over at least one of the companies via which USM held its stake in the bank.

Usmanov only acquired his stake in November, when Telekominvest, a Moscow-based USM subsidiary, bought shares in Kapitalbank.

In January, the billionaire snapped up more shares in the bank through Finance TCI, a Tashkent-based USM affiliate.

That left Usmanov’s companies in control of Kapitalbank with a 61.54 percent stake. Kapitalbank is Uzbekistan’s eighth largest bank overall and its largest commercial bank, accounting for 3.3 percent of banking sector assets, according to data from the Central Bank of Uzbekistan.

Usmanov bought his share from Oibek Tursunov, a son-in-law of President Shavkat Mirziyoyev, who previously owned a 50 percent stake. Tursunov is married to Saida Mirziyoyeva, the president’s influential daughter.

The terms of the sale of Usmanov’s stake were shrouded in secrecy. Kapitalbank did not announce who had purchased it, or for what sum.

“The deal took place at the initiative of a group of private investors interested in the joint development of the Kapitalbank business,” the bank’s statement said. “The commercial terms of the deal are not being divulged.”

But a bit of digging by Otabek Bakirov, an economic analyst and popular blogger, revealed that the new owners of Finance TCI were none other than two entrepreneurs with links to Usmanov’s USM.

Irina Lupichyova, who sits as a non-executive director on the board of USM’s Metalloinvest steel giant, and Boris Dobrodeyev, who heads USM Telecom, each now own 50 percent of Finance TCI, Bakirov reported on his Telegram channel on March 14.

A database of businesses on Uzbekistan’s State Statistics Committee confirms that information.

It also shows Finance TCI owning an 11.5 percent stake in Kapitalbank. The bank’s largest shareholder is Telekominvest, with a 50 percent share.

The ownership of that company is now opaque. Kapitalbank said in its statement that USM had divested itself of its stake in Telekominvest, but no information is available in the public domain about who purchased it.

USM did not immediately reply to a request from Eurasianet for confirmation of the sale, and for further details about changes in ownership of Telekominvest and Finance TCI.

Usmanov’s whereabouts are currently unknown, but one unconfirmed report in the British media suggested he had fled to his “lavish bolt-hole” in Uzbekistan as sanctions were introduced against him by the U.S., the UK and the EU.

The EU describes Usmanov as a “pro-Kremlin oligarch with particularly close ties to Russian President Vladimir Putin,” and “one of Vladimir Putin’s favorite oligarchs.”

Mirziyoyev is also a big fan. Usmanov “actively helps” Uzbekistan, the president said in 2020, thanking him for a gift of $20 million to fight the pandemic in his country of birth. Usmanov became a steel and telecoms tycoon in Russia after the fall of the Soviet Union.

The Uzbek president and the Russian oligarch are linked through the marriage of a niece of Mirziyoyev’s wife to one of Usmanov’s nephews, who was later killed in a car accident.

Usmanov has in the past pledged to invest “as much as I can” in Uzbekistan’s economy. Forbes currently estimates his wealth at $11 billion.

In an interview with Reuters in 2017, Usmanov spoke of his “enormous respect for the boldness of the current leadership’s financial reforms.”

The country scored a success last year by clinching a deal for Hungary’s OTP Bank to acquire a majority stake in Ipoteka Bank.

As it seeks to woo more foreign investors, Tashkent might have breathed a sigh of relief at the exit from the sector of a sanctions-tainted oligarch.

But the acquisition of shares in a leading Uzbek bank by his business associates in deals shrouded in opacity may not do much to boost investor confidence.