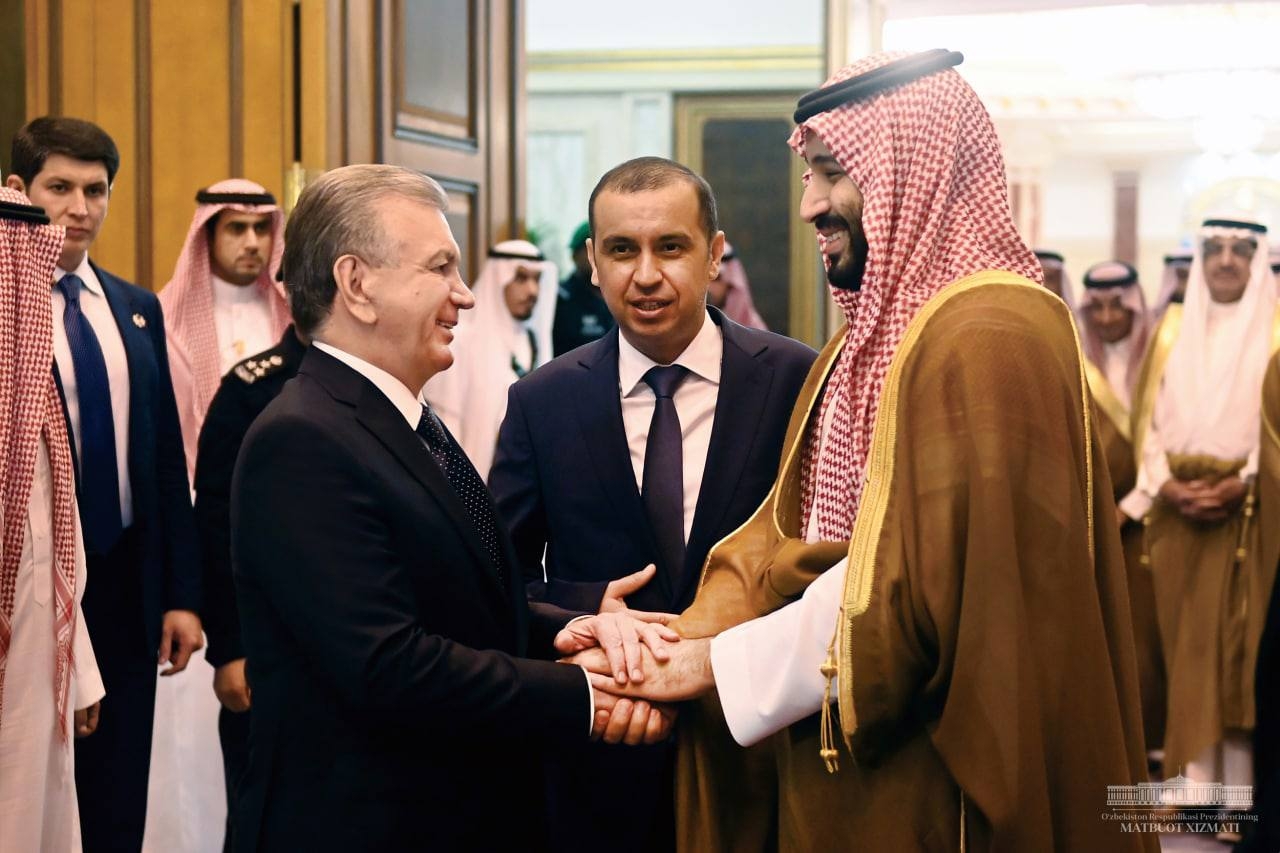 Uzbekistan’s president has returned from a trip to Saudi Arabia with $14 billion in promised investments, his office says.

Of that, $12 billion is earmarked to address chronic energy shortages.

The agreements include a pledge for Saudi firm ACWA Power to build a 1.5 GW wind farm in Karakalpakstan. Uzbekistan’s Energy Ministry says it will be the world’s largest and will power 1.65 million homes. ACWA Power has already begun building two smaller wind farms in the Bukhara region.

This is welcome news to Uzbeks still sweating their way through a season of shortages.

With rising summer temperatures and drought putting strain on Central Asia’s hydropower networks, Uzbekistan has begun to experience electricity shortages in the hottest months in addition to the traditional blackout season of winter.

And plans for a Russian-built nuclear power plant look like no sure thing with Moscow under international sanctions. If the Saudis make good on their promises, analyst Kamoliddin Rabbimov suggested on his Facebook page, Uzbekistan may no longer need the Russian plant, which appears to be behind schedule.

ACWA also agreed to research the future of green hydrogen in Uzbekistan.

Shavkat Mirziyoyev and his Saudi hosts did not ignore fossil fuels altogether. A third document signed between the two Energy Ministries envisions investments in Uzbekistan’s natural gas industry. Uzbekistan is one of the world’s largest gas producers, but increasing domestic demand has forced it to phase out exports.

Saudi media also reported that the two sides had inked an agreement to increase Uzbek labor migration to the kingdom. Millions of Uzbeks currently work in Russia.

At a meeting with the heads of some 20 large companies, Mirziyoyev pitched his privatization drive, an effort to roll back a legacy of statist policies pursued by the late Islam Karimov during his 25-year rule. By 2025 his government hopes to privatize, fully or partially, 75 percent of Uzbekistan’s nearly 3,000 state-owned enterprises (SOEs) and other assets, such as property. Many are small firms, but also up for sale are large enterprises in strategic sectors including energy and power generation; mining and minerals; and transportation. SOEs account for 55 percent of Uzbekistan’s economy. In the banking sector, that rises to over 80 percent, which Tashkent wants to cut by half.

But banks took a backseat in Mirziyoyev’s presentation. Whereas in the past "transparency" has been the buzzword at these types of conclaves, in Jeddah Mirziyoyev tailored his message to focus on "green energy” – exactly the kind of diversification that Saudi ruler Mohammed bin Salman has been pushing.

Mirziyoyev received an audience with the crown prince, making this the first state visit since Karimov visited in 1992. (Mirziyoyev attended a 2017 summit in Riyadh with Muslim countries and the United States.) The president also performed the umrah pilgrimage to Mecca. Before the trip, he signed a decree adding Saudi Arabia to the list of countries whose citizens can visit Uzbekistan visa-free.