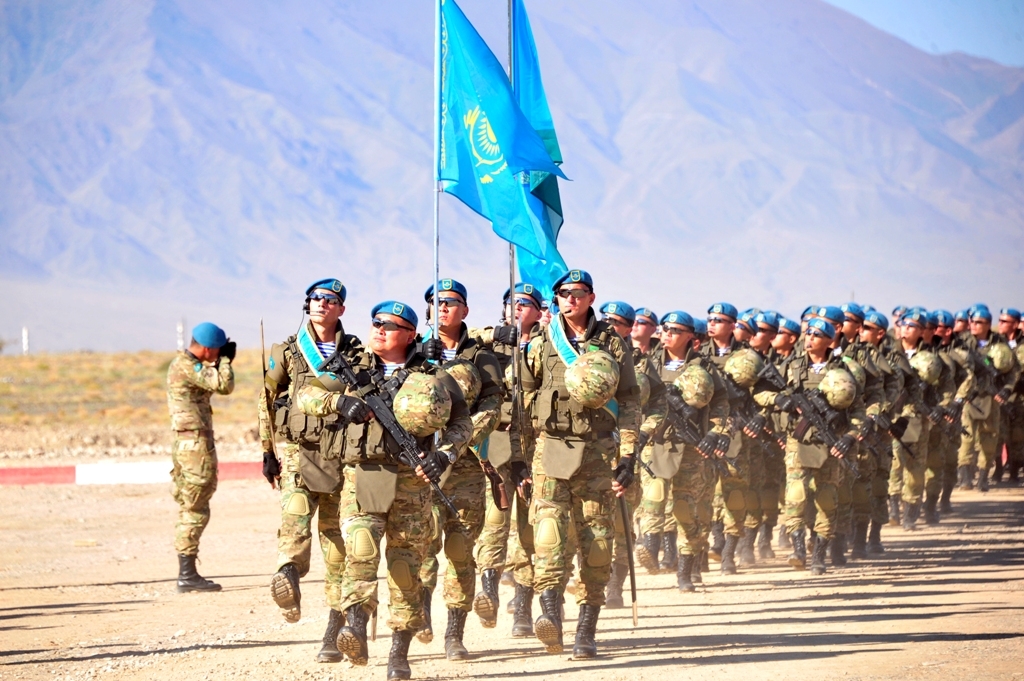 The Shanghai Cooperation Organization is conducting its first joint military exercises in Kyrgyzstan, just weeks after a suicide bomber attacked the Chinese embassy in Bishkek.

The 2016 version of the SCO's Peace Mission exercise kicked off on Thursday at the Edelweiss training center near Lake Issyk-Kul. As is often the case, the scenario of the exercise involves an "anti-terror" operation with considerably heavier firepower than is usually employed against terrorists. Chinese helicopters, for example, practiced using air-to-air missiles.

"The need to conduct such exercises is dictated by modern realities," said Colonel Ruslan Mukambetov, the Kyrgyzstan officer commanding the exercises. "They have repeatedly proven their relevance and significance amid the current international situation, both in the SCO area of responsibility and in the world at large...  In addition to its direct purpose - the fight against terrorism, extremism and separatism - they also promote closer military cooperation between our countries’ armed forces."

There seems to be some discrepancies in the reporting of how many troops are involved: The official Chinese People's Liberation Army news site said that it was 1,100, while Mukambetov said it was 2,000. The Russian contingent is reportedly 500 strong, and the Chinese, about 300.

In any case, that's a big drop from the last iteration of these exercises, in 2014 in China, when 7,000 troops took part. The China Defense Blog noted that the numbers involved are "a far cry" from the scale of past exercises.

The fact that the exercises coincide so closely with the attack on the Chinese embassy in Bishkek is a coincidence, as these were planned long in advance, but it's nevertheless one that's given the drills an extra resonance. The July 30 embassy attack involved "Uighur terrorist groups," Kyrgyzstan's State Committee on National Security announced. That raised the specter of the long-running Uighur insurgency in Xinjiang, just across the border from Kyrgyzstan in China, spilling over in to Central Asia and a concomitant increase in China's security presence in the region.

One other storyline of note is the fact that SCO member Uzbekistan is currently in a territorial dispute with Kyrgyzstan, though Uzbekistan almost never participates in SCO military activities, including this one. (In what is likely another coincidence, Uzbekistan on Monday withdrew its forces from the area under dispute.) And Russia made some news by deploying an unspecified number of Tu-22M3 long-range bombers to the exercise to practice dropping some 500-pound bombs.

The exercises are scheduled to conclude on Wednesday.