The head of a body overseeing judges is heard being blackmailed to resign; he then was suspended and replaced with a loyalist to the prime minister. 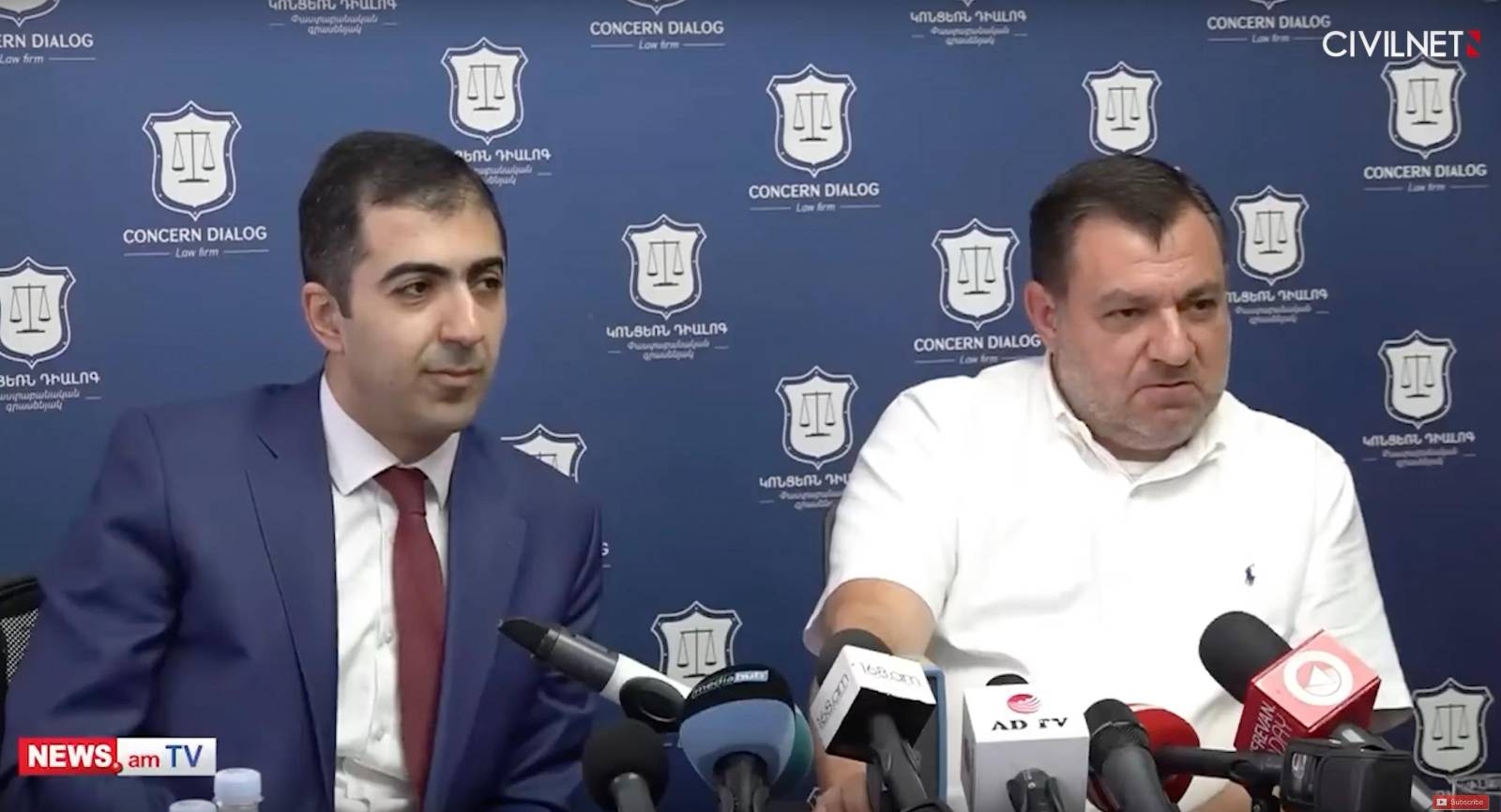 Screengrab of Ruben Vardazaryan (right) at his June 20 press conference.

A former Armenian senior judge has released recordings that appear to show the government blackmailing him to resign to make way for another figure loyal to the prime minister, renewing long running discussions in the country over the independence of the judiciary.

The former head of Armenia’s Supreme Judicial Council (SCJ), Ruben Vardazaryan, on June 20 released a secretly recorded conversation between him and two other men, Gagik Jhangiryan and Stepan Mikaelyan.

In the recording, which Vardazaryan said dated to February 2021, Jhangiryan – widely seen as a loyalist of Prime Minister Nikol Pashinyan – is heard saying that Vardazaryan wouldn’t face criminal charges if he were to step down from his post by the beginning of the following month. The SCJ is a judicial watchdog that nominates and dismisses judges at all levels except for the Constitutional Court, the highest court in Armenia. It is an independent body, members of which are elected by an assembly of all the judges in Armenia.

“I’m telling you, forget about everything, put aside everything, you have kids, you have a home,” Jhangiryan says in the recording, adding that he did not want “bad things” to happen to Vardazaryan.

Vardazaryan did not resign, and in April of that year he was suspended from the position and charged with obstruction of justice. Pashinyan allies have accused him of encouraging courts to free government critics who had been arrested.

Vardazaryan denies the charges, and released the audio at a press conference in an attempt to prove his innocence. He argues that the government blackmailed him to resign so it could appoint Jhangiryan. Jhangiryan was appointed acting head of the body shortly after Vardazaryan was suspended.

Jhangiryan has not denied the authenticity of the recording.

The Office of the Prosecutor General has said a case against Jhangiryan on obstruction of justice will be examined by the country’s Investigative Committee.

The SCJ discussed the recording at a June 21 session but declined to take any disciplinary action against their chairman.

At a June 23 session, the council announced that it had terminated Vardazaryan’s powers because of a disciplinary violation. It has not been reported what the violation was.

Confronted by reporters as he was leaving the session, Jhangiryan made light of the accusations. “I’ll talk about the ‘unprecedented,’ the ‘shocking’ things today on Public TV,” he said, in a sarcastic tone. By the time this piece was published, he had not appeared on television.

Officials from Pashinyan’s ruling Civil Contract party have not yet commented on the issue.

Controversy over judicial independence is not a new story in Armenia; there has been a long-running dispute over the Constitutional Court and the Pashinyan government’s efforts to place loyalists on it.

The United States Embassy in Yerevan said it was closely monitoring the situation. “We are ready to continue our support for the judicial reforms being implemented at the demand of the people of Armenia, where there has been some progress, but there is still a lot to do,” the embassy said in a statement to the newspaper Hraparak.