Seizure of Kyrgyzstan nears completion as president steps down

Japarov declared himself acting president, a dramatic rise for a man sprung from prison last week. 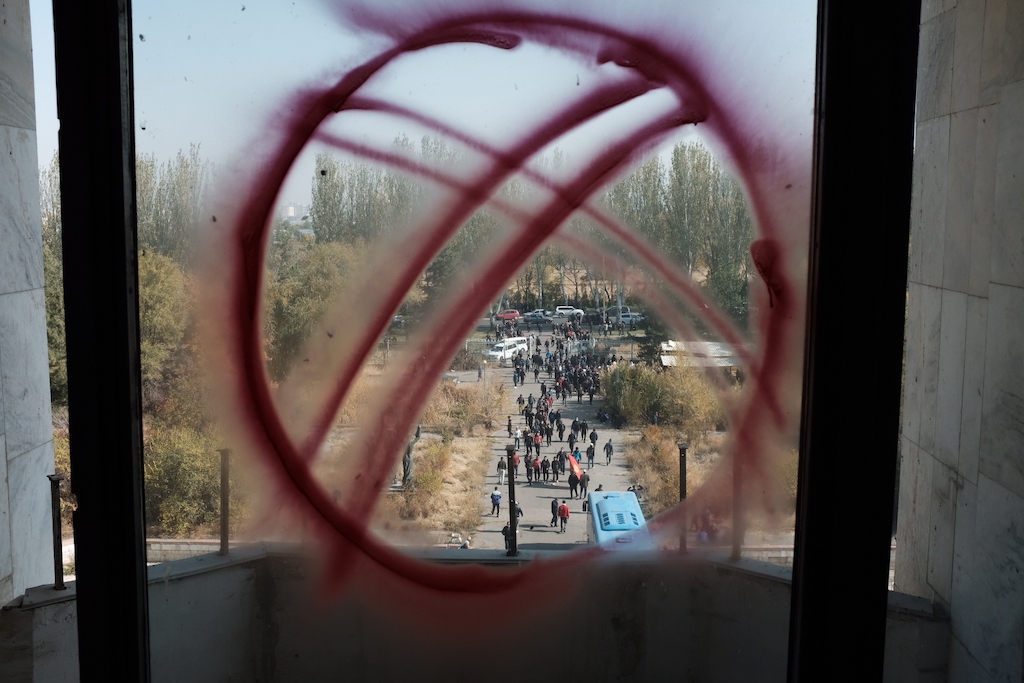 Japarov's supporters at the Issyk-Kul hotel. (all photos by Danil Usmanov)

Kyrgyzstan’s president has in a shock development tendered his resignation, citing his reluctance to shed blood as a way of emerging from the country’s ongoing political crisis. By the end of the day it seemed his rival, with the help of unruly mobs of supporters, has seized all the levers of power.

Sooronbai Jeenbekov announced his departure on October 15 as supporters of newly appointed prime minister Sadyr Japarov, threatened to mount an assault on the presidential residence.

"The current situation is close to the conflict. There are protesters on one side and law enforcement on the another. Troops and law enforcement personnel would be compelled to use weapons to protect the State Residence. Bloodshed is inevitable in such events,” Jeenbekov said. “I do not want to go down in the history of Kyrgyzstan as the president who shed blood and fired upon his own citizens.”

Jeenbekov’s words were a clear allusion to the 2010 uprising that toppled President Kurmanbek Bakiyev, whose troops killed almost 90 people during anti-government unrest.

Anti-Jeenbekov crowds planning to march toward the president’s residence broke into cheers of jubilation upon hearing the news.

By caving into the demands of Japarov, a former MP, fervent nationalist, and convicted kidnapper widely said to have close links to organized crime groups, Jeenbekov may have done too little and too late, however, to temper his opponent’s ambitions. Late in the evening, Japarov declared himself acting president.

The office of the presidency should, according to rules laid down in the constitution, pass to the speaker of parliament, Kanat Isayev, who was appointed to his post on October 13. But Japarov’s backers on the streets signaled they wanted Isayev out too.

At the Issyk-Kul hotel, on the southern edge of Bishkek, where Japarov supporters were rallying throughout the day, cries for Isayev’s ouster had begun even before Jeenbekov made his announcement. And not just that. Crowds at time broke into chants of “Kanat Isayev kamalsyn!” or “Arrest Kanat Isayev!”

In a written statement, Isayev declined to assume the role of acting president, after signaling he may be reluctant to take up a job that will put a target on his back.

Japarov has had a remarkable 10 days since being sprung from prison amid riots that erupted after a protest rally against discredited parliamentary elections was broken up by police.

Within hours of him being released, Japarov’s supporters drove him to Bishkek’s central Ala-Too square to acclaim him as their favored candidate to take over the country.

On the following day, October 7, a rump parliament convened at a mid-range hotel to appoint Japarov as prime minister. This effort was rejected by a wide range of other opposition forces, who decried the opaque nature of the gathering of a minority section of the legislature.

Japarov always appeared to have the upper hand, however, by virtue of his willingness to deploy violence through allied mobs roaming around government buildings in downtown Bishkek. When another pretender to the prime minister’s seat, multimillionaire and one-time presidential candidate Omurbek Babanov, tried to hold a rally on Ala-Too square along with several other prominent politicians, the gathering came under vicious assault.

One of the politicians, former President Almazbek Atambayev, was shot at as he fled the scene in a car.

When Japarov was finally confirmed as prime minister on October 14, it appeared initially that a compromise had been reached that would appease all sides. It became clear by the evening, as his supporters continued to press for more concessions, that that was not to be, however.

The following day started with news that more negotiations were set to take place between Jeenbekov and Japarov on how to proceed with transition. Just to confuse matters further, Japarov’s camp announced at one stage that he had fallen ill and could not attend the talks.

Once Jeenbekov resigned, that mystery illness had cleared.

“Sadyr Japarov is not ill. Everything with him is fine,” his long-time ally Kamchybek Tashiyev told reporters. 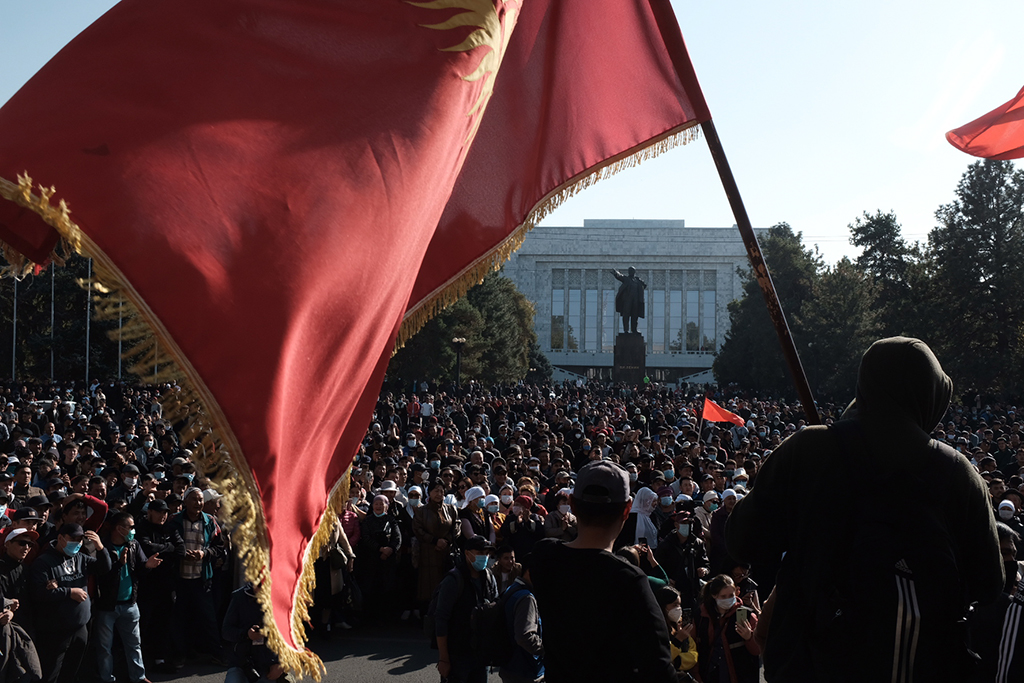 This development is likely to be greeted with dismay among Kyrgyzstan’s international partners.

The U.S. Embassy in Bishkek earlier this week issued an unusually frank statement to lament “the attempt by organized crime groups to exert influence over politics and elections.” The European Union had expressed concern at the ways in which Japarov’s supporters were trying to crowbar him into the prime minister’s seat, and they are unlikely to be impressed by the same group’s now-successful plot to topple the president through intimidation.

Russia, an important economic and strategic partner for Kyrgyzstan, will be no more enthused. The fudge from earlier this week that left Jeenbekov weakened but in place, Japarov heading the executive, and Isayev in the speaker’s seat came about after the visit to Bishkek of President Vladimir Putin’s deputy chief of staff, Dmitry Kozak. That compromise has been thrown entirely out of the window.

In a development that preceded Jeenbekov’s resignation, Moscow-based daily RBK reported that Russia’s Finance Ministry was suspending all financial aid to Kyrgyzstan until the political situation stabilizes.

RBK noted that the last such transfer was a payment of $30 million in 2019. Since 2005, Russia has wiped off debts owed by Kyrgyzstan amounting to more than $700 million.

Japarov, a man with almost no experience in any kind of government, now finds himself taking over a country on the precipice of economic collapse – a situation only being compounded by a fresh wave of COVID-19 infections tearing through the population.

The National Statistics Committee has reported that Kyrgyzstan’s gross domestic product over the first nine months of 2020 had shrunk by 6 percent as compared with the same period last year.

And that did not account for the period covered by the current season of unrest, which has seen the functions of government largely frozen and a number of important foreign-run mining assets assaulted by mobs.