Selfies with Karimov: Photographing in Uzbekistan 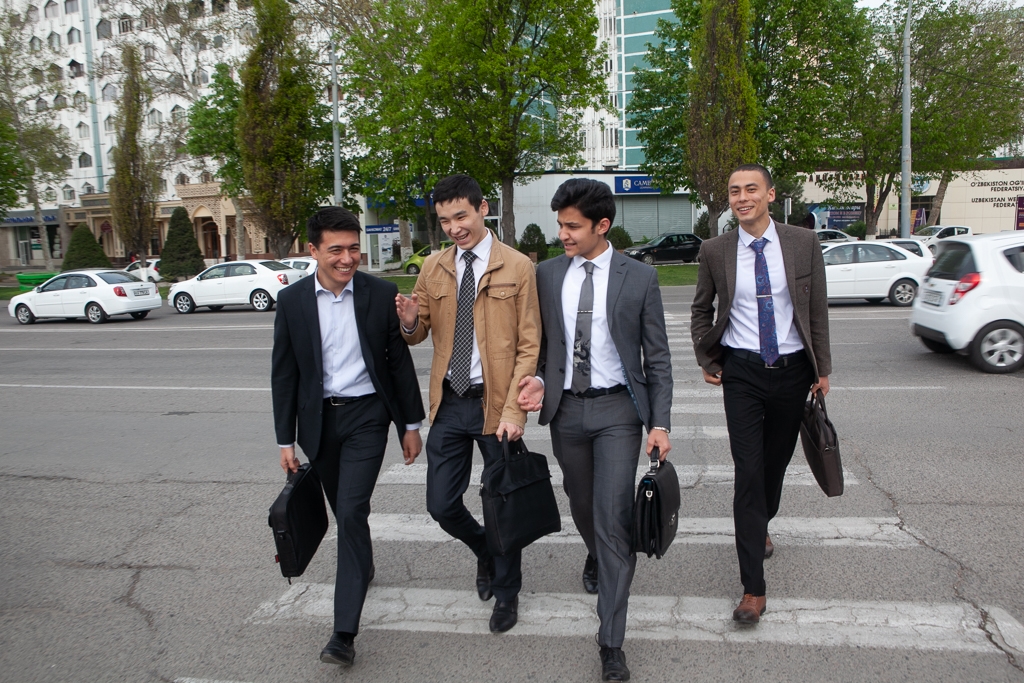 "You're American!?" exclaimed Mohammedjon, a stocky, 50-something distributing prayer mats at Kokand's Norbutabiy Mosque. Mohammedjon hugged me and began to describe his love for Donald Rumsfeld: "The Taliban killed Uzbeks [in Afghanistan]. Donald Rumsfeld, the secretary of state [sic], a smart man, he saved our cousins. We love him. We love him so much. Uzbekistan loves Donald Rumsfeld."

Mohammedjon enquired about my family. We discussed American politics. Then he pulled a loop of black prayer beads from his pocket, stuffed them into my hand and wrapped me into another bear hug – declaring that I was welcome at the mosque, welcome in Uzbekistan, welcome to photograph anything. 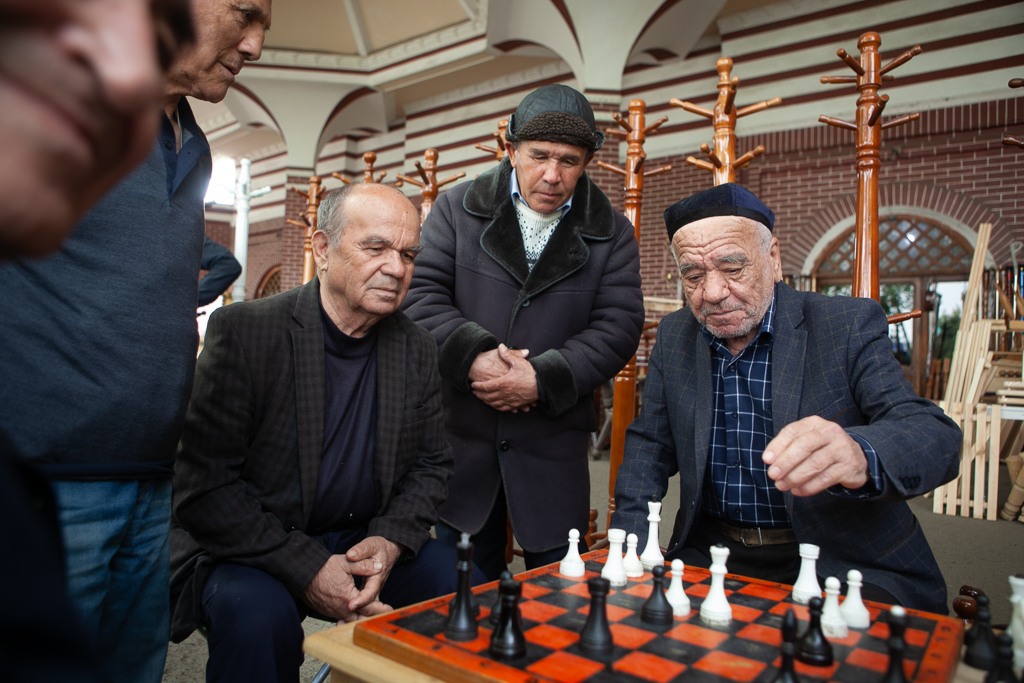 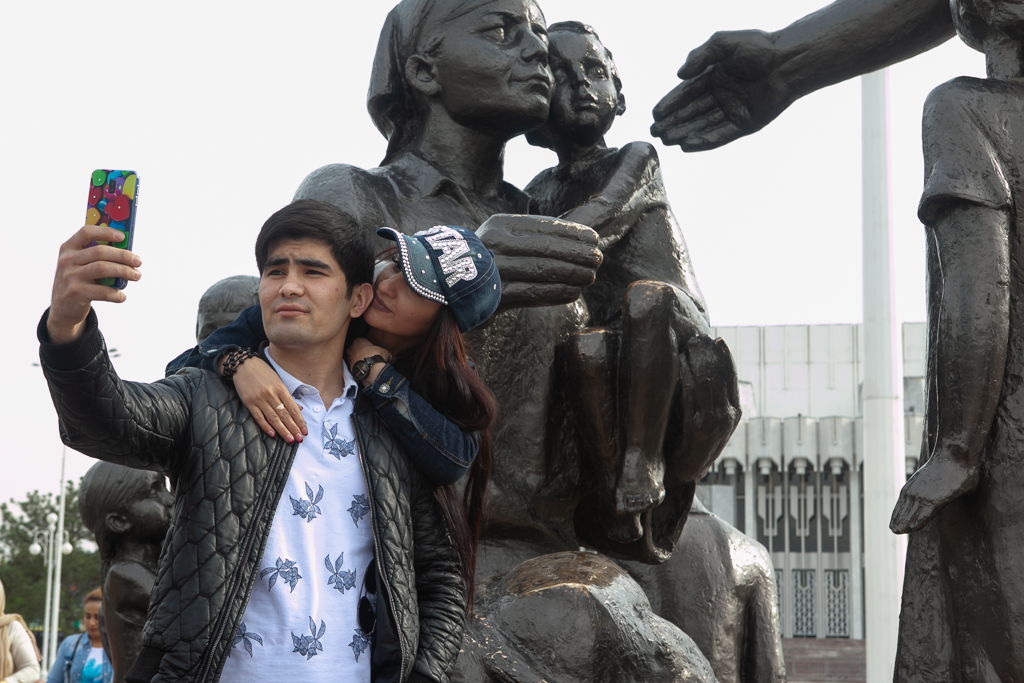 A Soviet-era monument celebrating the friendship of peoples in central Tashkent. It was removed, reportedly by order of Islam Karimov, in 2008. In 2017, after the president's death, it was returned. 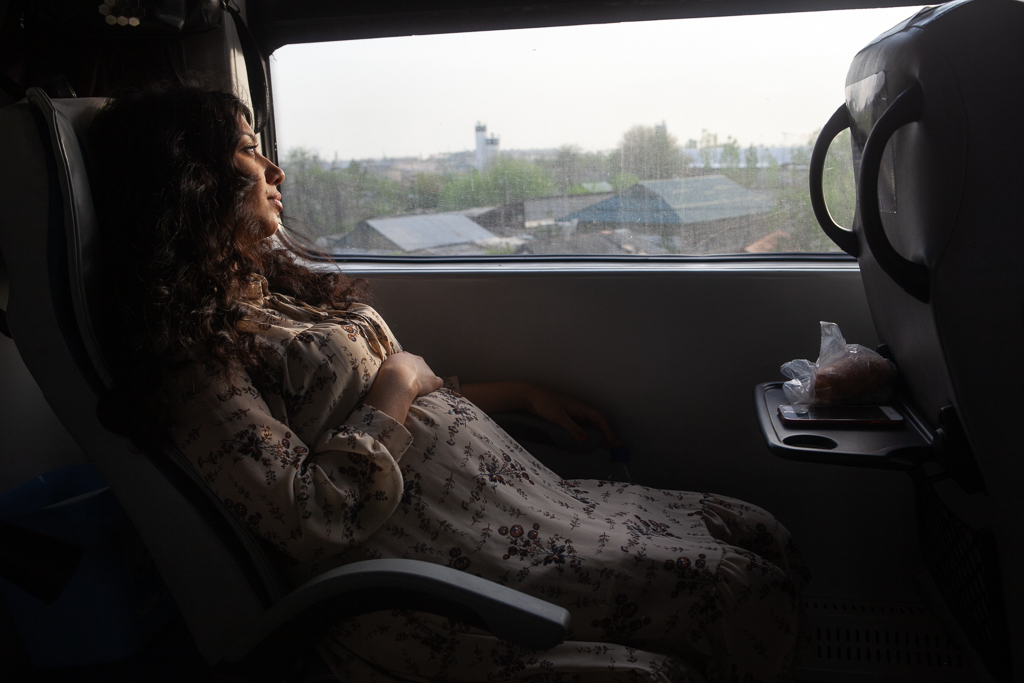 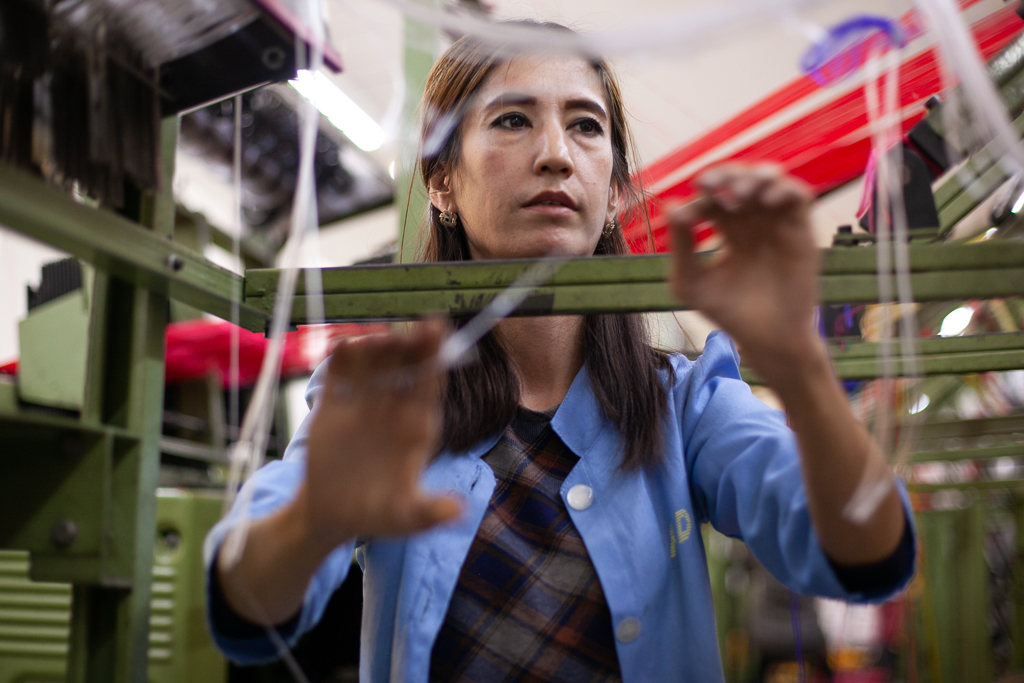 A woman works a loom at a bag factory in Kokand 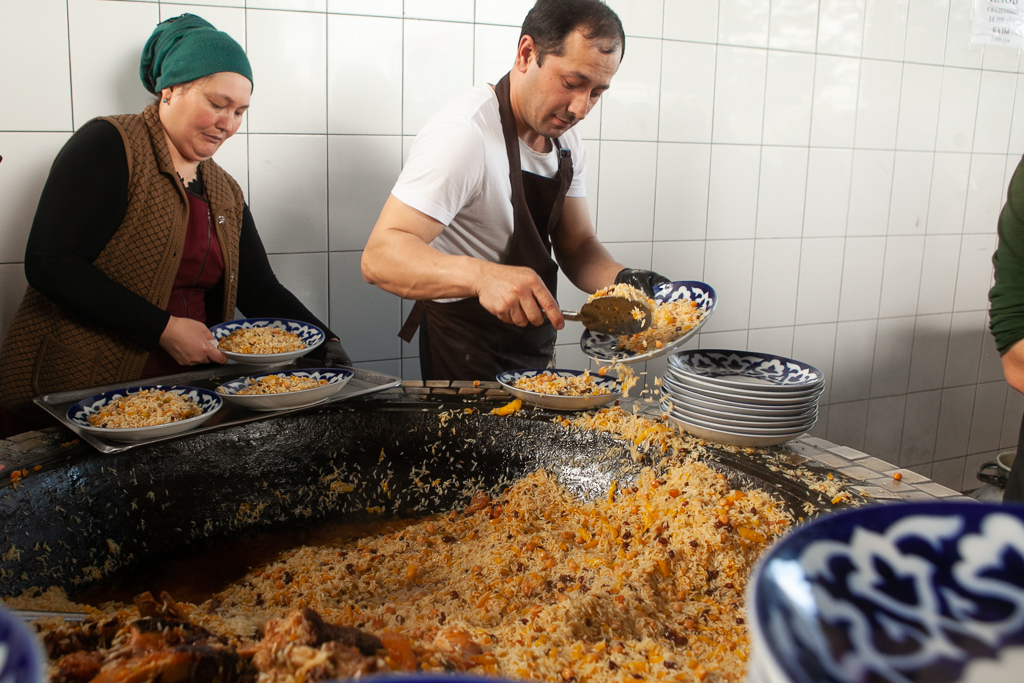 The Plov Center in Tashkent can feed hundreds at a time. A portion of this national dish costs around $2. 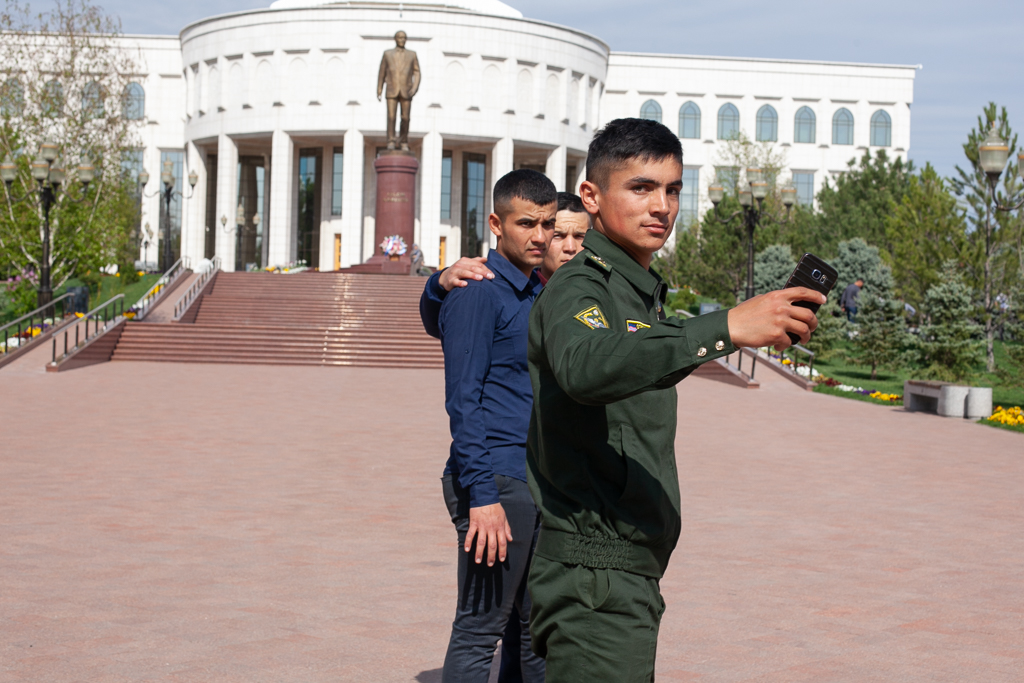 A soldier and friends take a selfie at the Karimov museum (“The Scientific and Enlightenment Memorial Complex Named after the First President of the Republic of Uzbekistan”) in Tashkent. 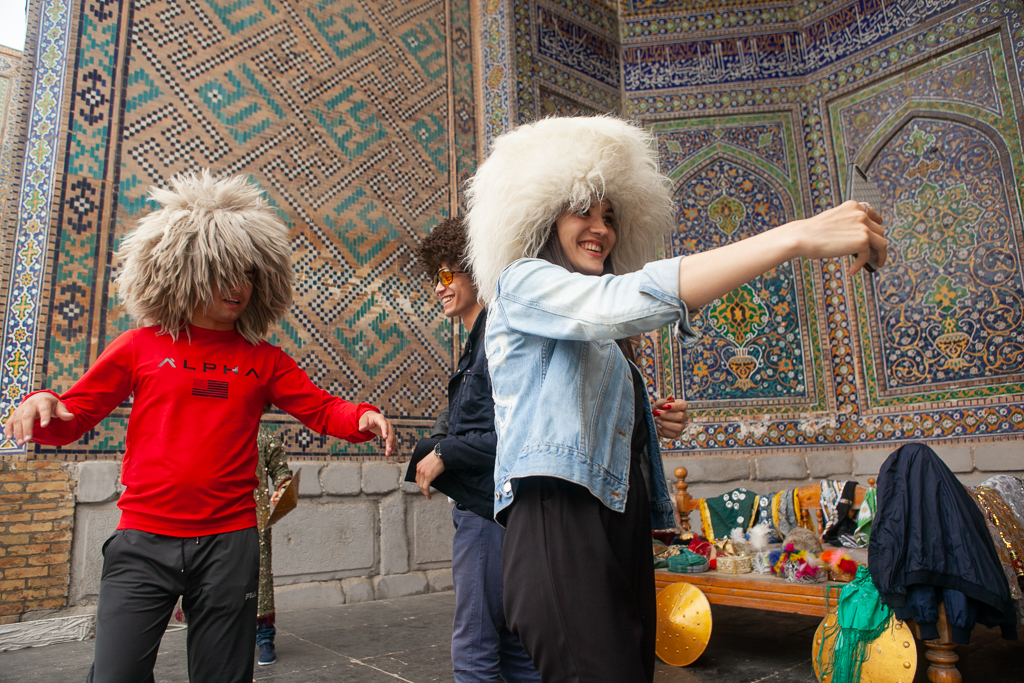 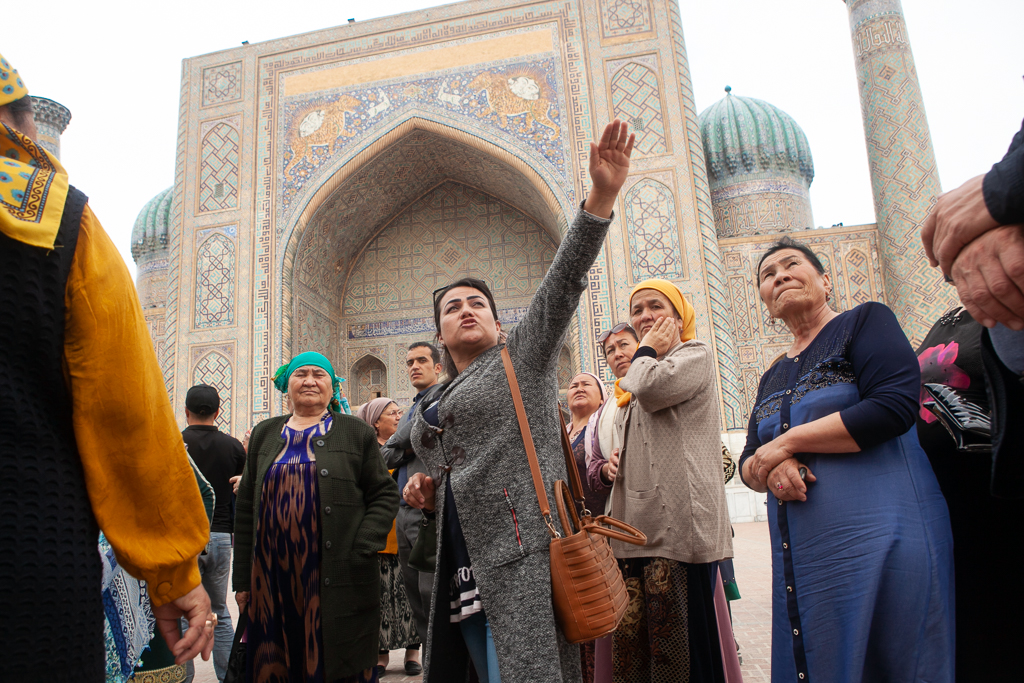 Uzbek tourists from Fergana, a city in the Fergana Valley, at the Registan in Samarkand 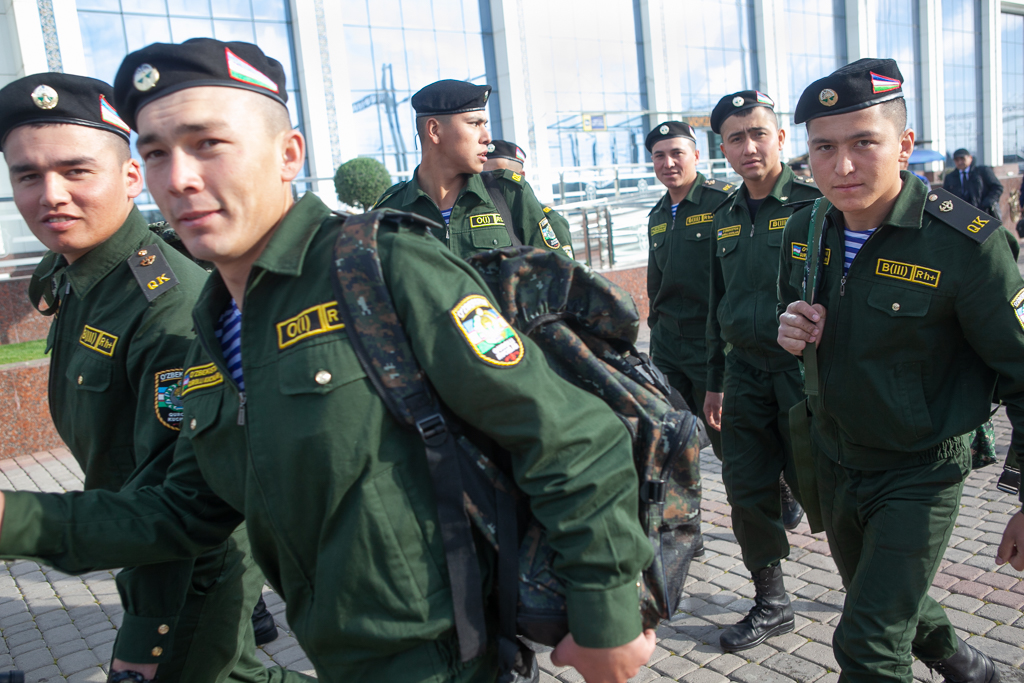 Soldiers wait for a train in Tashkent 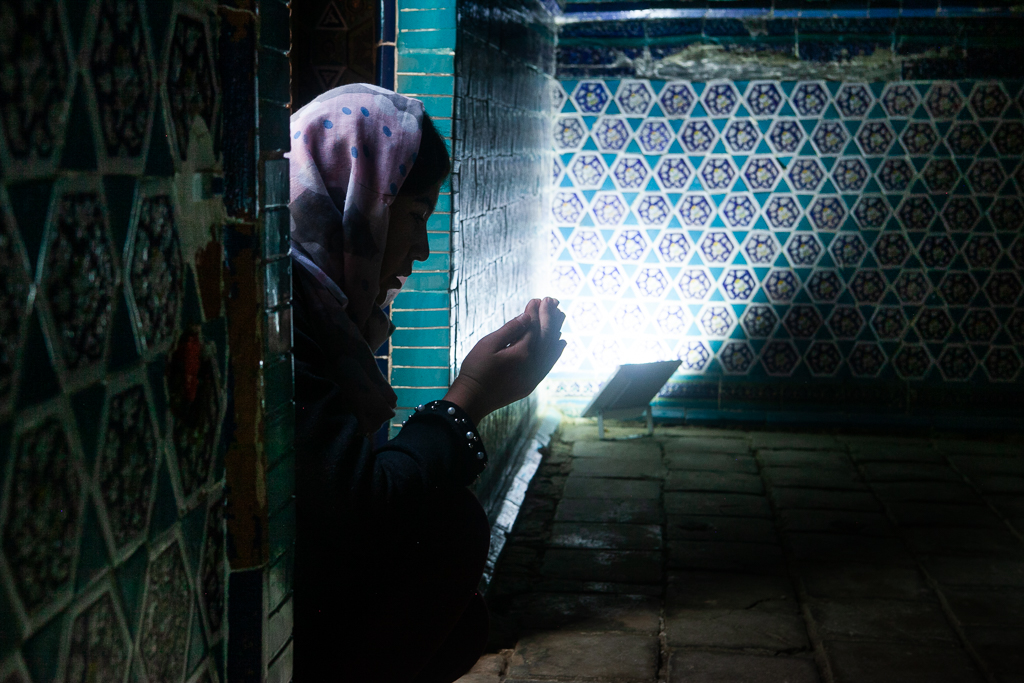 A woman prays at the tomb of Shad-i Mulk, the niece of Tamerlane, who died in the 1370s. The tomb is part of the Shah-i Zinda necropolis in Samarkand. 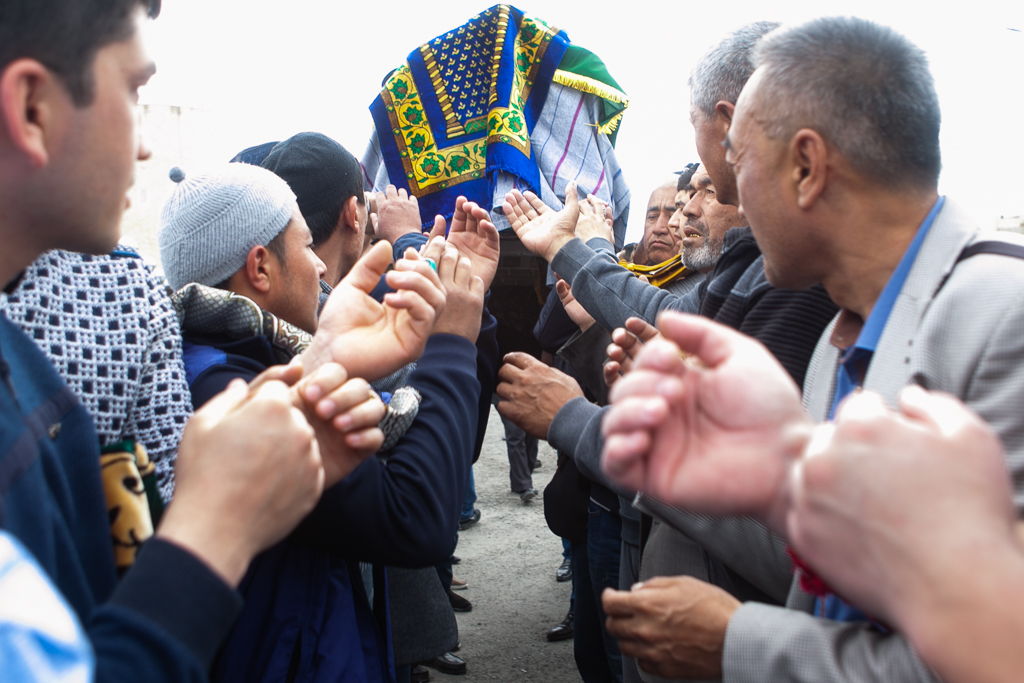 After Friday prayers in Kokand, men line up in two facing rows for a funeral. 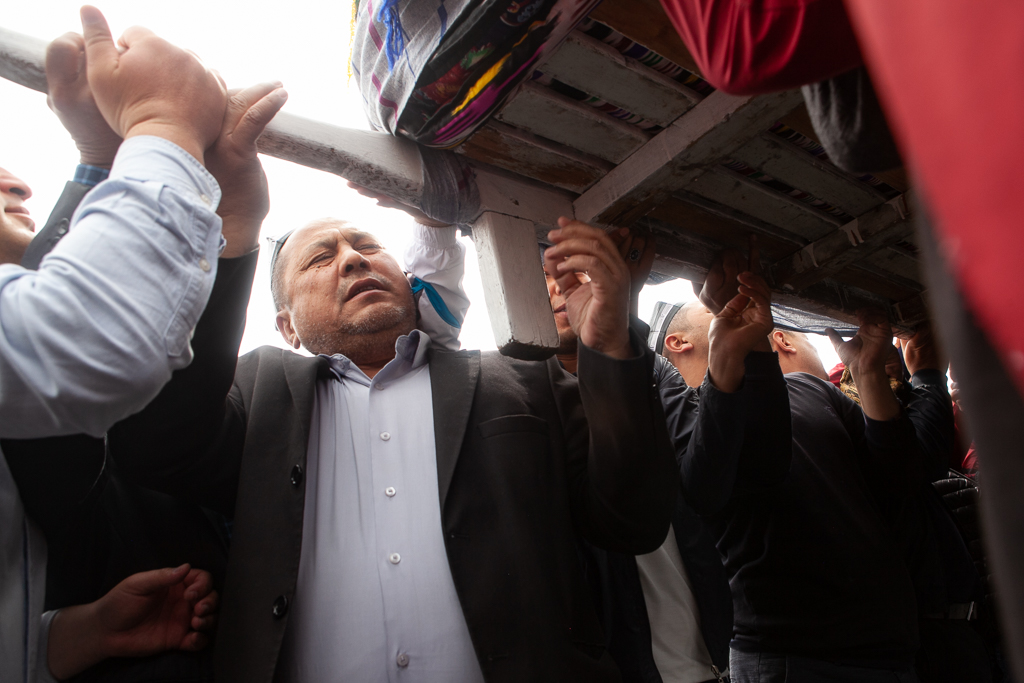 Each takes a turn passing the casket to the cemetery. 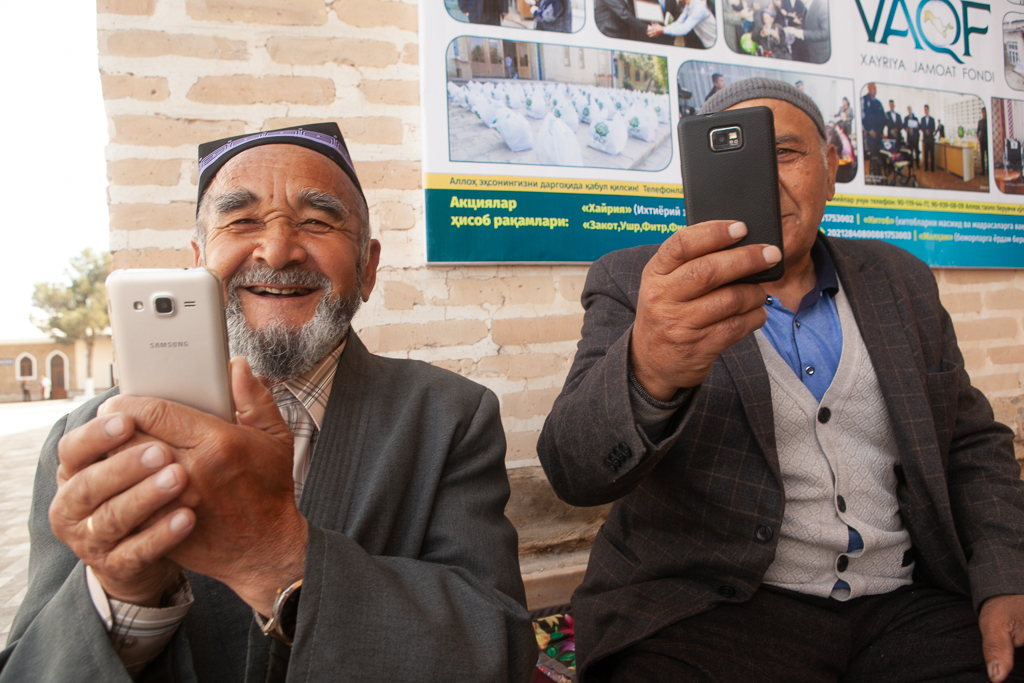 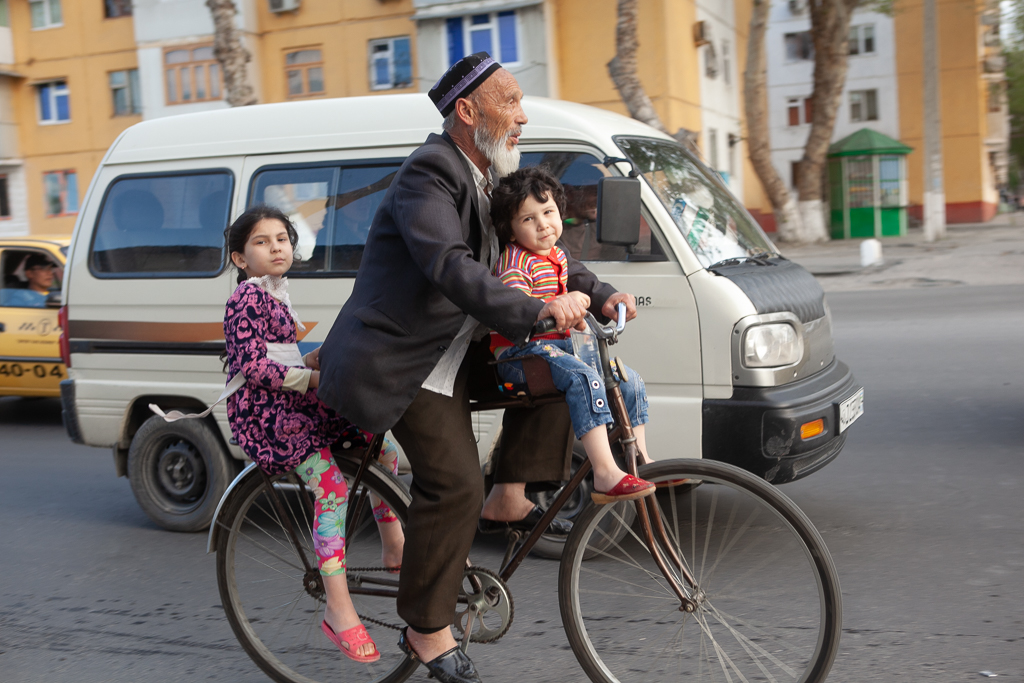 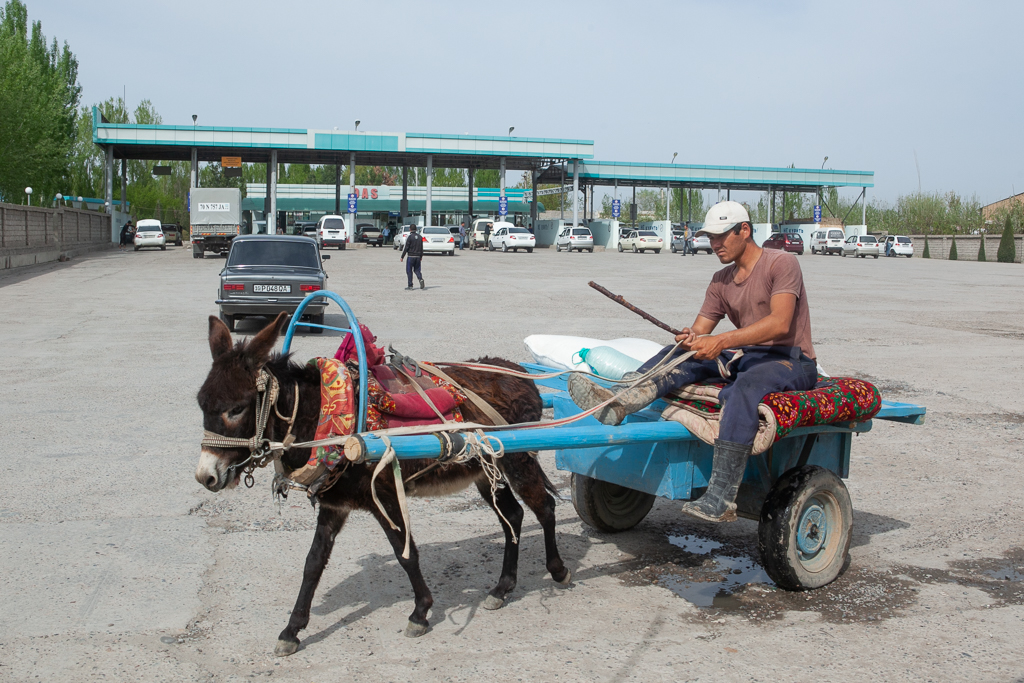 A methane station between Jizzakh and Tashkent. Many cars are powered by methane, held in canisters in the trunk. Occasionally they explode. For safety, passengers are required to exit the car before it pulls into the station for a refill. 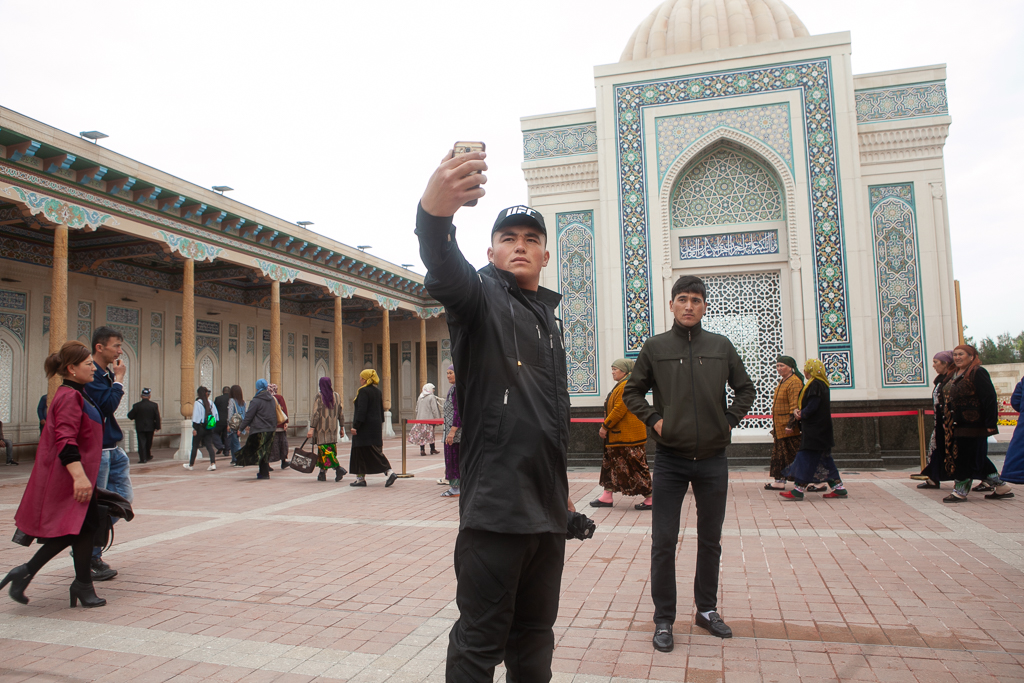 Islam Karimov's mausoleum in Samarkand, his hometown. The dictator died in 2016 after 27 years in power. A mullah on staff recites constant blessings (listen here). 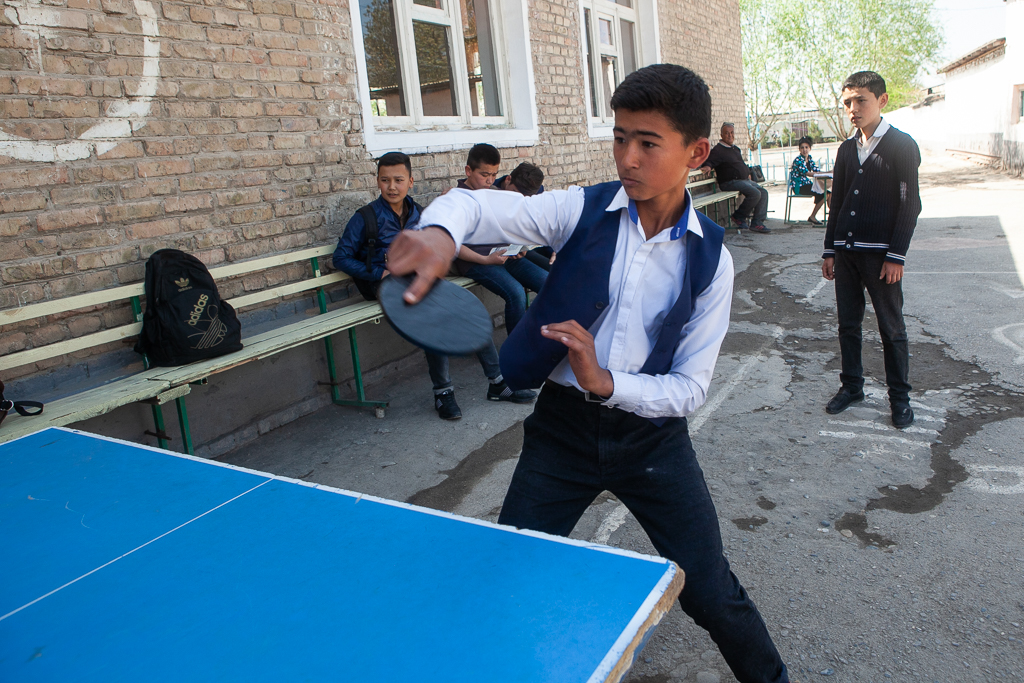 Students in the Fergana Valley town of Rishton 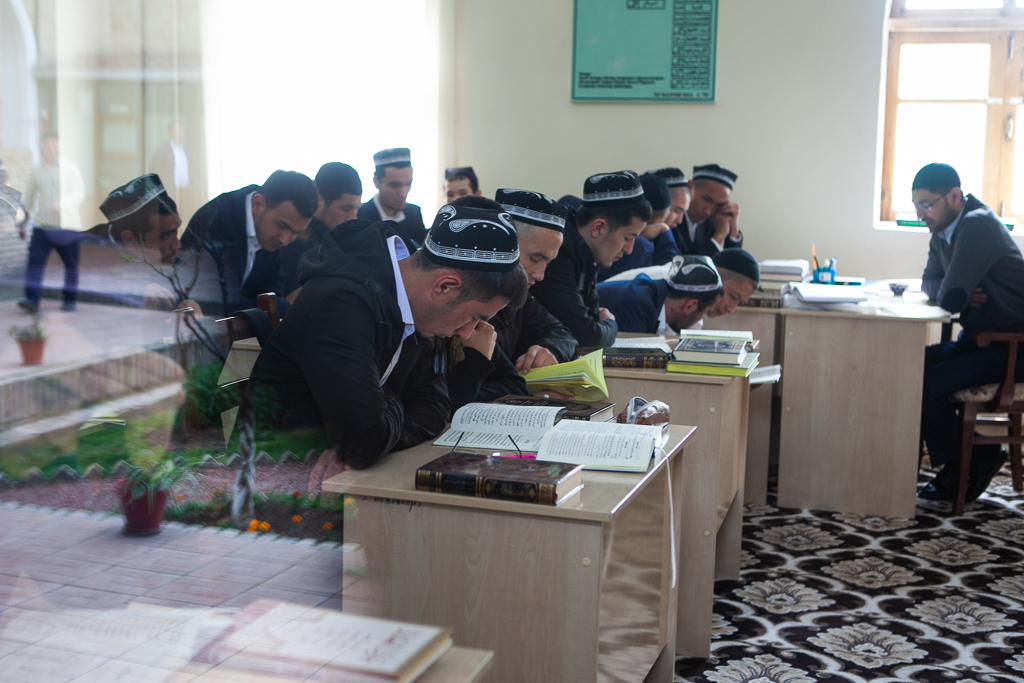 Students inside the Kukeldash Madrasah in Tashkent 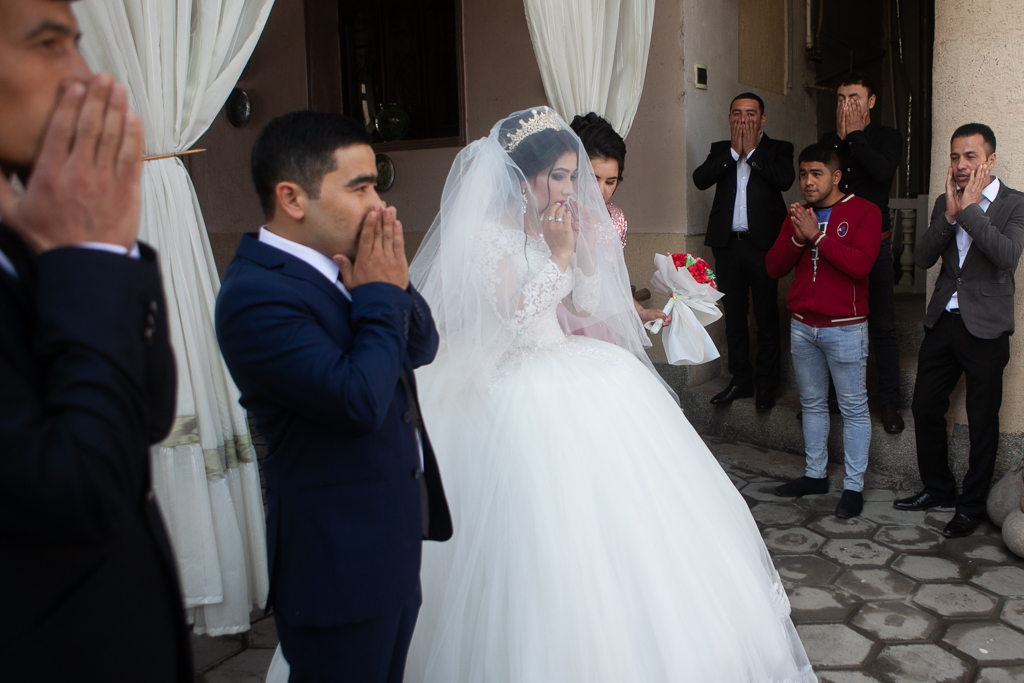 A wedding in Rishton 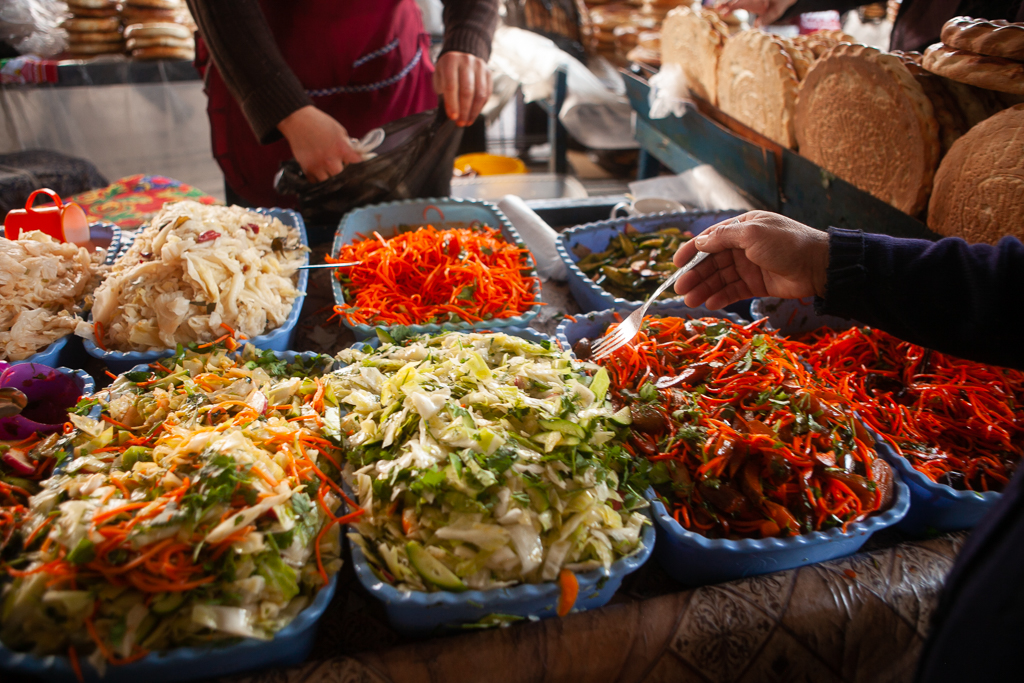 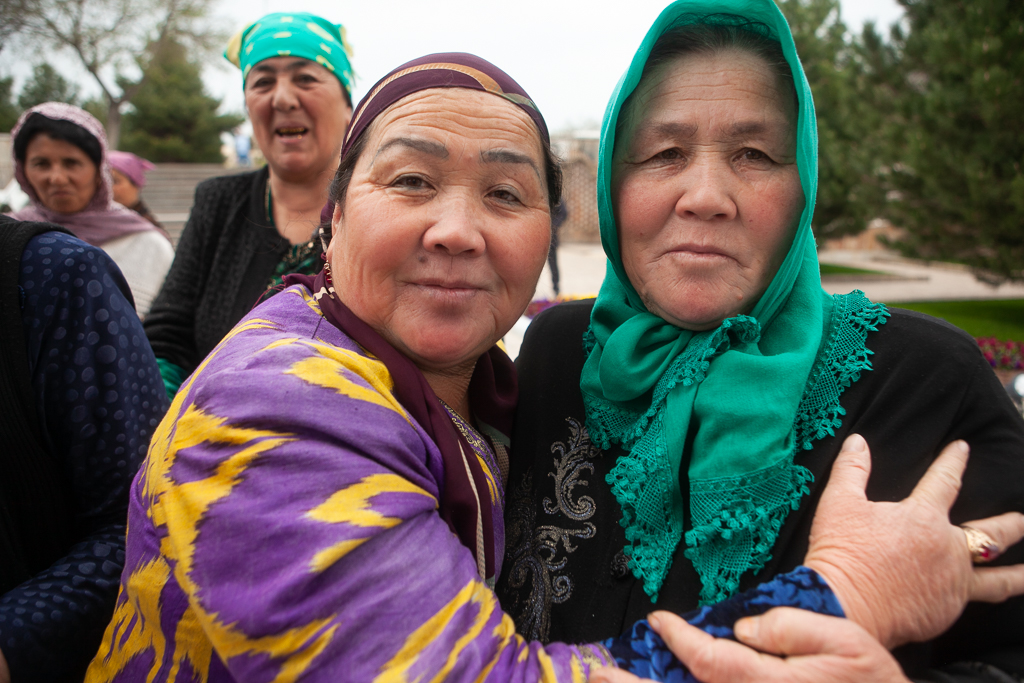 At Tamerlane’s mausoleum in Samarkand 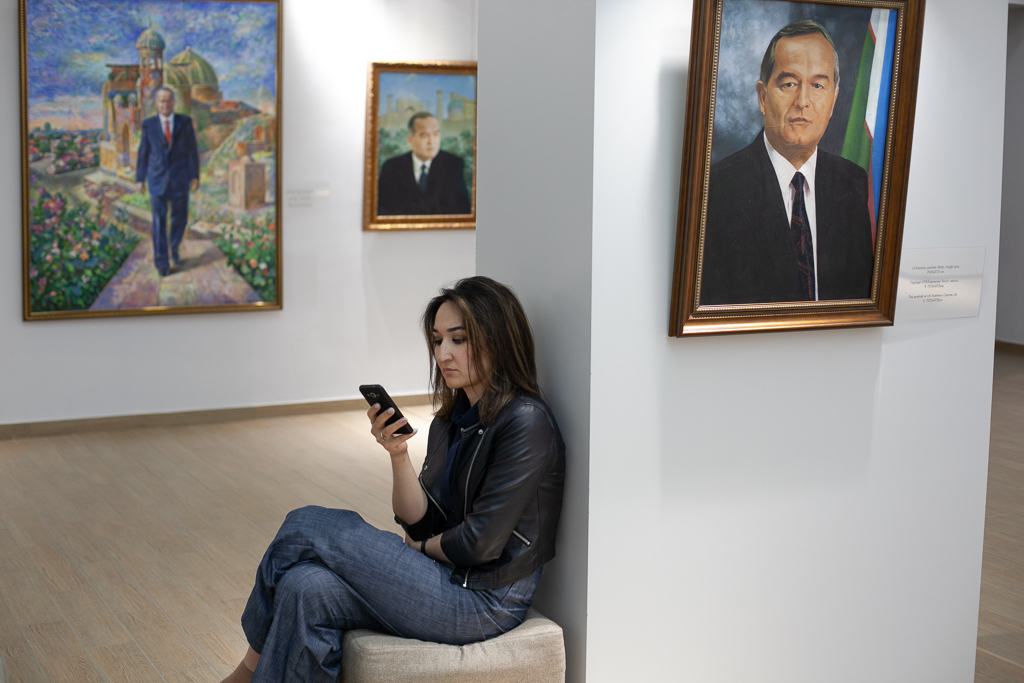 Inside the Karimov museum