Thirteen Armenian soldiers have died since the beginning of the year, even as combat-related deaths have been declining. 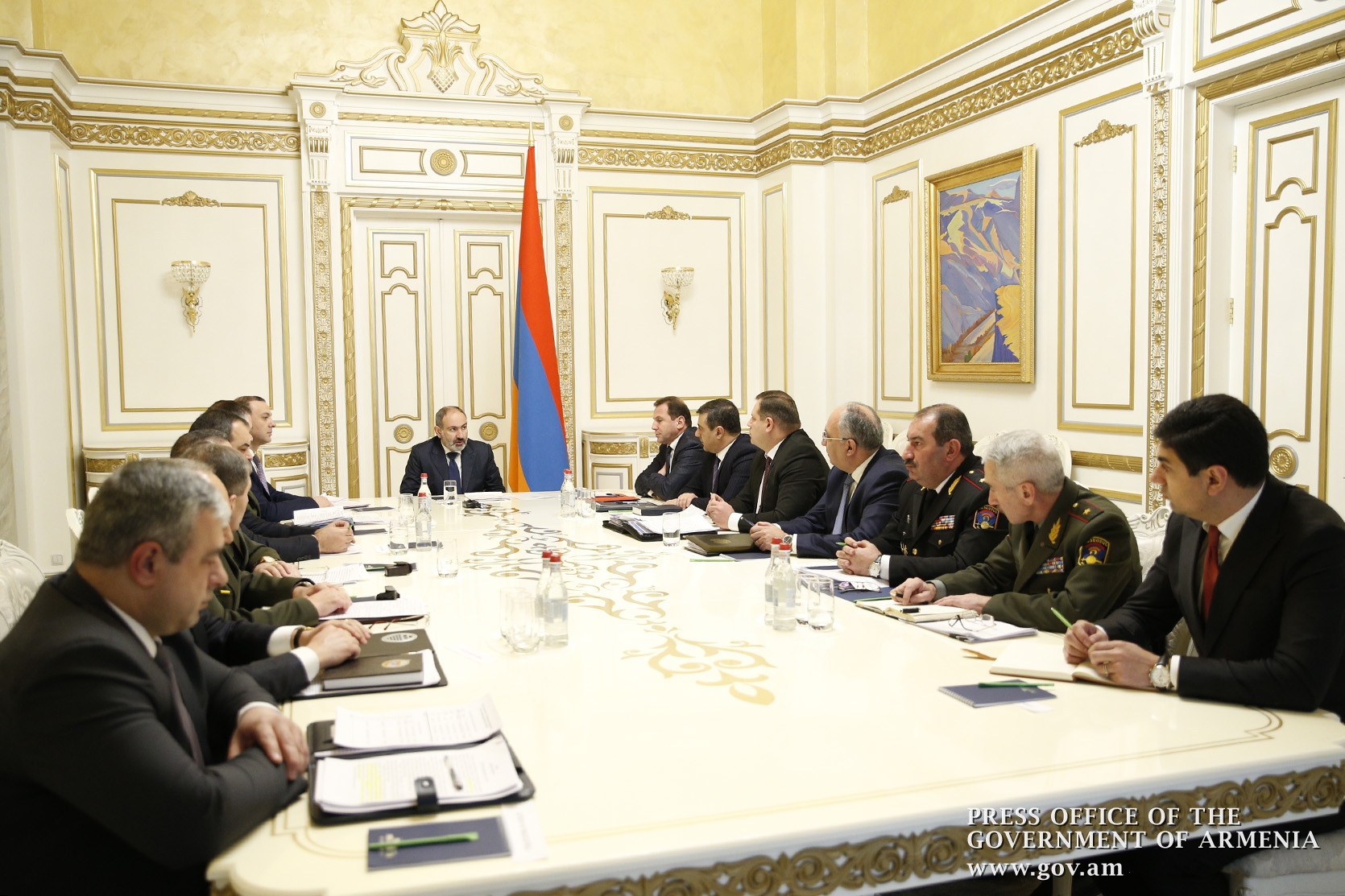 Armenian Prime Minister Nikol Pashinyan chairs a meeting of senior security officials to deal with a spate of non-combat deaths in the military. (photo: primeminister.am)

Armenia’s prime minister has suggested that two senior military officers be fired amid a widening scandal involving non-combat deaths in the military.

Since the beginning of the year, 13 Armenian soldiers have died, the General Staff of the Armed Forces said in a statement issued February 17. “Four of those were due to accidents, four to unrelated circumstances – illnesses and personal problems. In the other five cases, the circumstances are being clarified,” the statement read.

The spike in non-combat deaths pushed the issue to the top of the national conversation, forcing the government to act. On February 19, Prime Minister Nikol Pashinyan proposed that two senior officers be relieved of their duties – Arthur Baghdasaryan, the chief of the military police; and Alexan Alexanyan, head of the Department of Moral and Psychological Assistance of the Armed Forces. The proposal is a formality; the official power to remove the officers rests with President Armen Sarkissian but the latter is certain to follow Pashinyan’s suggestion.

Two days earlier, Pashinyan had held a meeting with several top security officials to address the topic. “As a priority, Pashinyan singled out the problems associated with criminal subculture and discipline in the Armed Forces,” Pashinyan’s office said in a press statement. “A number of important decisions, including personnel-related, will be made,” Pashinyan himself said. By “criminal subculture” the prime minister seemed to be referring to the Soviet-legacy hazing culture known as dedovshchina across the region.

Sarkissian also addressed the issue in an open letter to the country’s servicemembers. “Remember that we don’t have lives to lose and that each of you deserves to and must see the bright future of a united and peaceful homeland and the future that you shaped with your dedicated service,” he wrote.

One case in particular has captured the public imagination: that of Vahram Avagyan, a soldier born in 2000 who died on January 30 from a self-inflicted gunshot wound to the chest with an automatic rifle. The authorities immediately announced that the death was the result of suicide, but his relatives objected and the government backed down and acknowledged that it may have been something else. Three of Avagyan’s fellow soldiers were then arrested in the case.

“Distrust towards the army is the most destructive thing for a country at war,” human rights activist Avetik Ishkhanyan, the head of the Helsinki Committee of Armenia, told Sputnik Armenia. “The army is a secretive structure, but life in the military can’t be like prison and law enforcement needs to keep an eye on it.”

He blamed a culture of impunity for fostering the mistreatment and deaths. “There has to be punishment and not cover-ups or scapegoating,” he said, suggesting that poor people with no connections are often framed when soldiers die. “There are even people like that serving life sentences in prison,” he said.

In January, parliament passed a law strengthening the penalties for inciting a soldier to commit suicide. “We have an incomprehensible subculture, dedovshchina, that mentality is moving from the street to the army,” said the bill’s author and head of the parliamentary human rights committee, Naira Zohrabyan.

Even as non-combat deaths are spiking, deaths attributable to the country’s foe, Azerbaijan, are decreasing. In 2019, 49 soldiers in the Armenian armed forces and those of the Armenia-backed de facto Nagorno-Karabakh defense forces died; that was down 22 percent from 2018. Deaths by suicide were twice as common as those from enemy fire, Deputy General Prosecutor Gor Abrahamyan wrote in a recent Facebook post.