Activists ceded the streets to homophobic priests and neo-Nazis. 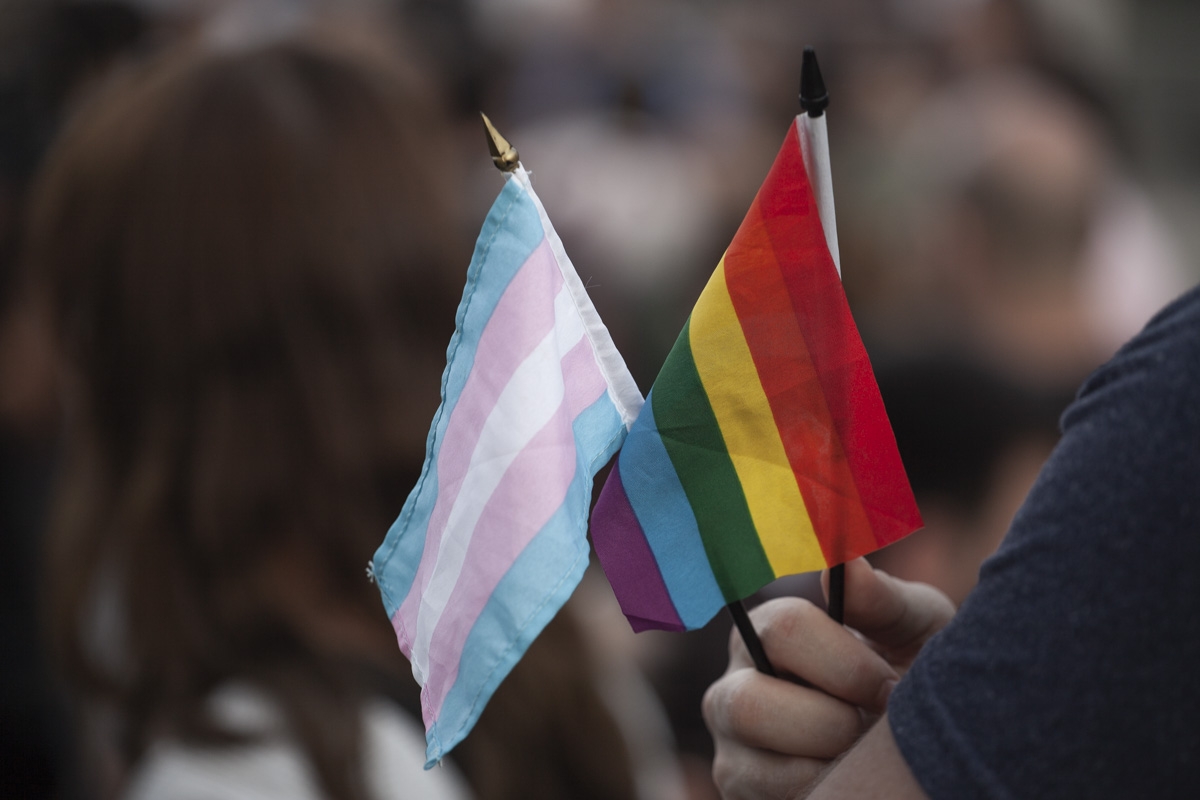 Gay rights groups in Georgia called off a planned rally on May 17 after threats of violence, but individual activists still came out to rally. (Photo: George Gogua)

Gay rights groups in Georgia called off a planned rally on May 17 after threats of violence and continued tensions following riots in Tbilisi over the weekend, effectively ceding the city to religious conservatives and small neo-Nazi groups. But individual activists, defying the LGBT groups’ decision, still came out to rally.

May 17 is International Day against Homophobia, Transphobia and Biphobia (IDAHOT), and Georgia’s embattled gay community and activists often try to hold various public events on the occasion. This year several advocacy groups and activists announced that they were planning to gather in front of the prime minister’s office to “remind the community of the destructive consequences of hate.”

But after watching police barely contain far-right mobs from attacking liberal protesters a few days earlier, LGBT rights activists said the city’s downtown would not be a safe place to demonstrate. “We decided to concede our constitutional right of the freedom of expression this time […] not to let these forces create tension,” LGBT rights activist Giorgi Kikonishvili said on a Facebook live broadcast on the eve of the rally.

Over the weekend, club-goers and liberal protesters took to Tbilisi's central Rustaveli Avenue after police carried out violent raids against two popular nightclubs, ostensibly to crack down on drug dealing. They were met by far-right counter protesters, and violence was barely averted.

The near-riots marked an escalation in the country's deepening culture war, where Georgia’s increasingly vibrant, liberated and internationally famed nightlife – and its liberal attitudes towards drugs and sexuality – is a frontline.

The weekend's turmoil set the stage for a tense sequel, as Georgian conservatives planned to come out again for counter protests against the IDAHOT events. Priests and their parishioners, ethno-nationalists and even white supremacists had all been planning to head downtown to rally, divided in their tactics but united in their disapproval of Georgia’s small gay-rights movement.

Heavy police forces, too, were to be deployed to act as a human shield against potential clashes as they were over the weekend. But IDAHOT organizers said they didn't feel that was enough.

“On the formal level, the Interior Ministry gave us safety guarantees, but in the light of recent events and based on our past experience we did not trust them,” Kikonishvili told Eurasianet.

Small groups of LGBT activists did hold hit-and-run rallies in front of various government buildings, protesting the government's inability to protect them. In the late evening, several dozens protesters, defying the cancellation of the main rally, gathered in front of the prime minister’s office, holding posters reading “No to Homophobia!” and “No Fascism!”

Police blocked off the access to the area with metal shields to avoid attacks. “We are citizens of this country and we are members of this family,” said activist Nino Bolkvadze. “We are not going anywhere.”

But after the LGBT activists took a step back, so did an ultranationalist movement, Georgian March, which had planned a rival demonstration; leader Sandro Bregadze said Georgian March was going to join events organized by the Georgian Orthodox Church.

Critics charged that the absence of the LGBT activists in Tbilisi’s streets on Wednesday and the earlier tensions spoke to the Georgian authorities' failure to ensure freedom of expression to all parts of society. “[T]he authorities have a duty to take actions, and strengthen security to protect a threatened group of people,” Giorgi Gogia, South Caucasus director for Human Rights Watch, told Eurasianet. Police did detain four members of openly neo-Nazi groups, who were seen giving Nazi salutes in central Tbilisi today.

That left the Georgian Orthodox Church to carry the day. Church officials notoriously attacked LGBT protesters during Tbilisi's IDAHOT commemorations in 2013. Since then, the Church has been marking May 17 as the “Day of Sanctity and Integrity of the Family” in an apparent attempt to drown out the voices of the LGBT community and to show who is the bigger force in the devoutly Christian country.

This May 17, Georgian clergy marched through Tbilisi's downtown in a liturgical procession. The church also organized mass weddings – between men and women, naturally – across the country. As many as 500 couples got married, 50 of them in the main Cathedral of the Holy Trinity in Tbilisi, the church said.

Top clerics took the occasion to castigate both the LGBT groups and drug-liberalization activists.

“The war against family and its values is a war against God,” said Archbishop Shio, the locum tenens of the aging pontiff of the Georgian Church, Patriarch Ilia II, in a morning sermon. He called for treating drug addicts but preached against the idea of drug liberalization. “Narcotics are a great sin, poison and evil […] we need to fight against them,” he said.