The base is small, but would act as a tripwire deterring Azerbaijan from expanding its offensive into Armenian territory. 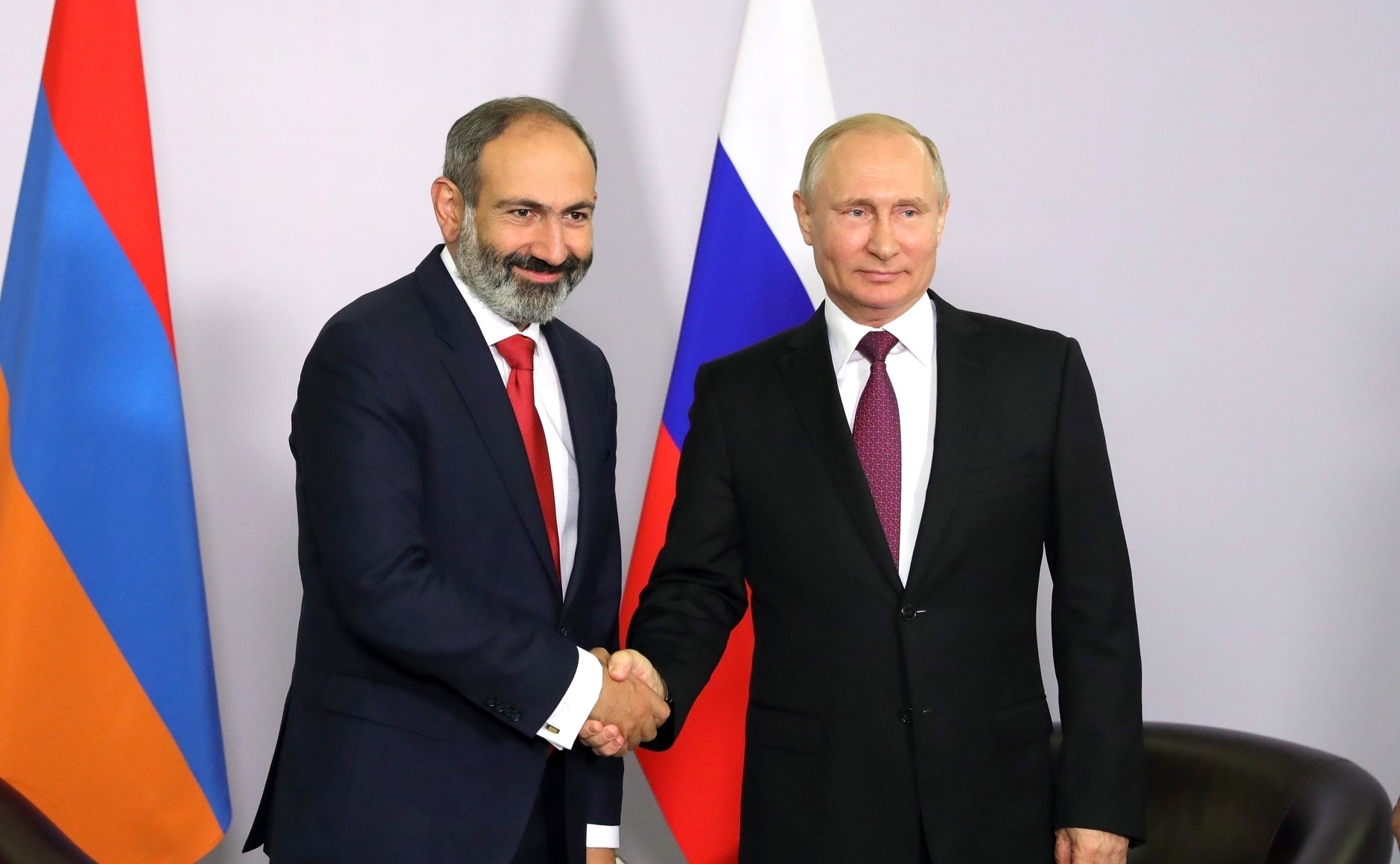 Russia has reportedly set up a small military outpost on the border of Armenia in an apparent attempt to keep Azerbaijan’s offensive from spilling over into Armenian territory.

Foreign journalists have documented the small post, consisting of a few tents and with a Russian flag flying above it. It is located next to Tegh, the last village in Armenia on the road to Lachin, the narrow corridor connecting the country to Nagorno-Karabakh.

Neither Russia nor Armenia has officially confirmed the presence of the post at Tegh. No Armenian media has reported on the outpost.

Over the past week, Azerbaijani forces have advanced to close to Lachin (which Armenians call Berdzor), the essential lifeline for Karabakh. It is the only road available for both civilians and military forces to get in and out of the territory, which Armenians have controlled since the early 1990s and which Azerbaijan is seeking to retake.

At an October 27 briefing, Armenian Defense Ministry spokesperson Artsrun Hovhannisyan said that Armenian forces had repelled an attack on the area.

“Today, the enemy attempted to carry out attacks in the direction of Berdzor,” he told reporters. It also attempted to approach the border of the Republic of Armenia from the southern direction. All of the attempts were thwarted.”

Soon after the fighting started on September 27, Armenia set up its own outposts in Khndzoresk, a bit further in to Armenian territory.

But the Russian deployment is a much more significant deterrence for Azerbaijan; in spite of its small size it would act as a tripwire deterring Baku from triggering a more substantial Russian response.

Russia’s relatively hands-off approach has been the source of much disappointment and speculation among Armenians, and there had been multiple reports of a Russian military presence in southern Armenia.

On October 20, news website 1in.am reported, referring to unnamed sources, that “Russian troops have joined Armenian forces to guard Armenia’s borders. According to our information their number is not small.”

But another news site, Infocom.am, cited sources in the regional Syunik government saying that the only Russian troop presence in the region were the border guards who have been patrolling Armenia’s border with Iran since 1995.

Russia’s efforts are welcomed by Armenians, however insignificant or discreet they might be.

Many in Armenia have become disillusioned with the lax attitude that much of the international community has taken toward the conflict. But Russia has been mostly spared that criticism.

The president of the Armenia-backed de facto Nagorno Karabakh government, Arayik Harutyunyan, issued an open letter to Russian President Vladimir Putin on October 23. He thanked Putin for mentioning, in a recent speech, the Sumgait pogroms of 1988, when Azerbaijanis attacked ethnic Armenians living in that city; it was one of the key precipitating events of the war that resulted in Armenian control over Karabakh and the surrounding territories.

“This conflict did not begin as a conflict just between two governments over a territory, it began with interethnic confrontations,” Putin said at the Valdai discussion club on October 20. “Sadly, this is a fact, when first in Sumgait and then in Nagorno-Karabakh brutal crimes were committed against the Armenian people.”

Harutyunyan responded: “Unfortunately, Azerbaijan continues its genocidal policy to this day. […] You [Putin] are the personality and the head of state who has a huge reputation all over the world and in our region. Taking this into account, I ask you to make all possible efforts to stop the war in the Azerbaijani-Karabakh conflict zone and resume political processes.”

Putin’s other comments have been more ambiguous, however. He has referred to both Armenia and Azerbaijan as valued Russian partners. And he has specified that Russia’s treaty obligation to defend Armenia – both are members of the Collective Security Treaty Organization – applies only to Armenia itself, not to Armenian-controlled territory in and around Karabakh.

The topic of Russian aid has been a hot one in Armenia, and there are widespread rumors of secret Russian military aid, though there is no evidence to support them.

Azerbaijan President Ilham Aliyev also has repeatedly claimed that Armenia is being supplied with new weapons.

In an October 27 interview with Italian television, Aliyev said that “there are 5,000 Russian troops at the base in Gyumri, and according to the information we have, the base maintains regular arms supply to Armenian armed forces.”

“The most state-of-the-art weapons are being dispatched to Armenia every day,” he said on October 25. “We have a list of such weapons. We have data about the flights: when, where from the flight was performed to Yerevan, and which cargo it carried.”