The self-declared republic won a soccer championship among fellow unrecognized territories, and the ruling party cemented its hold on power. 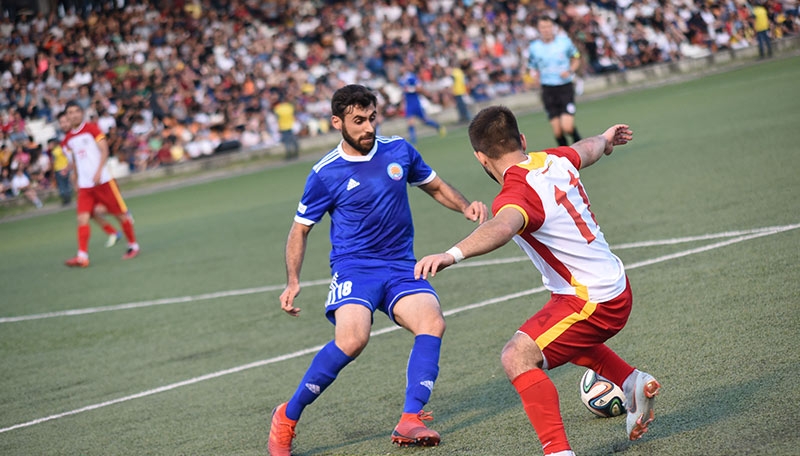 June 9 was a big day for small South Ossetia: It won a soccer European Cup of sorts and elected a new parliament, though both accomplishments occurred in the parallel world of unrecognized states.

South Ossetia’s team defeated Western Armenia 1:0 in the hard-fought final match of the soccer tournament of unrecognized, semi-recognized and otherwise self-styled regions in Nagorno-Karabakh. And back home, the governing United Ossetia party won, too – by a more decisive margin – in elections for the region’s 34-seat parliament. It’s now set to preserve its 20-seat majority – nearly the size of two soccer teams – that it enjoyed prior to the vote.

Committed to bring breakaway South Ossetia back under its fold, Georgia condemned both the election and the soccer tournament; the foreign ministry declared that the international political and soccer communities recognize neither event.

Election monitoring was sparse; conventional international election observation groups were absent as most of the world, except Russia and a handful of allies, regards South Ossetia as part of Georgia. Russian observers saw nothing untoward in the election process. The vote “was carried out at a high level,” an observer from Russia’s Federation Council declared.

The team from Abkhazia, another Georgia-claimed, Russian-recognized region, took second place in the Karabakh games, organized by the Confederation of Independent Football Associations (CONIFA). In 2016, Abkhazia hosted an earlier iteration of the CONIFA tournament.

CONIFA says that its soccer-without-borders championships are meant to extend the joy of competitive sports to isolated regions. The games in Karabakh did bring the joy to the participants – especially South Ossetia. But the tournament, along with the election in South Ossetia, also highlighted the complex and gloomy geopolitical reality of the South Caucasus, with its complex borders and protracted conflicts.