For Azerbaijan to meet gas demand in the Balkans, billions in new investments – and patience – will be required. 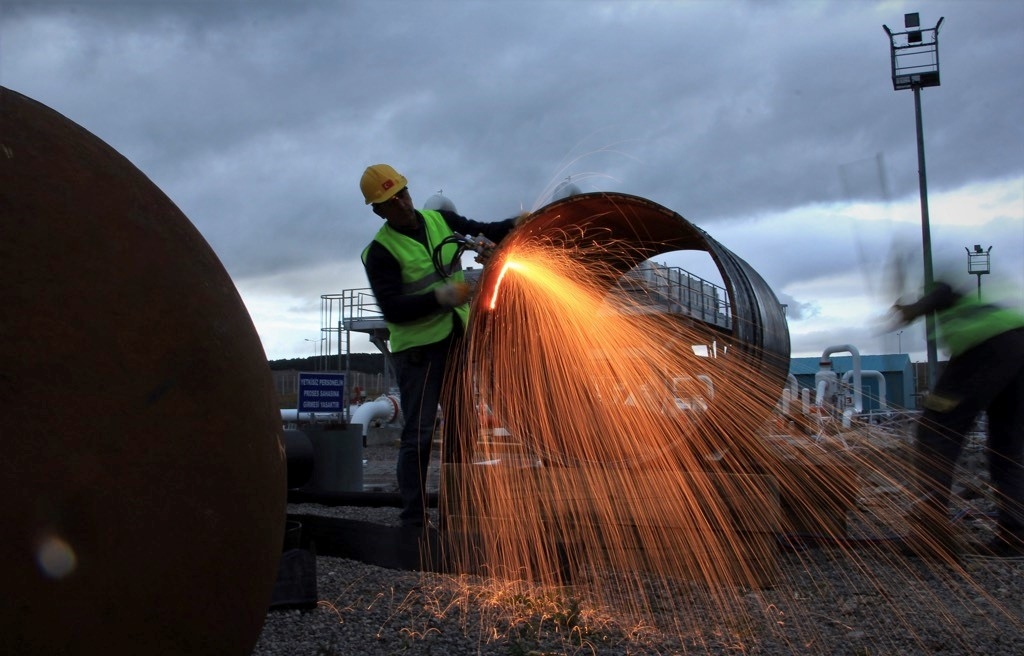 Azerbaijan has suitors aplenty, but not the pipelines to satisfy them. (photo: BOTAŞ)

Late last month Moscow stopped gas exports to two “unfriendly countries” that refused to be bullied into paying with rubles: Bulgaria and Poland.

The Balkans are now looking for alternative suppliers. High on the shortlist is Azerbaijan. But can the Caucasus nation deliver, and when?

Bulgaria says it does not expect shortages. Before Russia invaded Ukraine and sent Europe’s energy markets into a tizzy, Sofia had signed a deal to import 1 billion cubic meters (bcm) per year of Azerbaijani gas through the Southern Gas Corridor (SGC), a network of pipelines crossing Turkey, and also via Greece through an existing pipeline as well as a second new connection due to be completed later this year.

Serbia too is expecting Azerbaijani gas to help replace Russian imports, but it will have to wait. Those deliveries will arrive through Bulgaria via an EU-funded connection agreed upon in 2018; construction finally began earlier this year and it is slated to be finished by October 2023.

Gas demand in both countries is relatively low: between 3-3.5 bcm/year in Bulgaria and around 2.7 bcm/year in Serbia. But currently Azerbaijan can only deliver a maximum of 10 bcm/year to the Balkans through the SGC, which is already operating at capacity. Most of the volume of the SGC, which continues through Greece to Albania and across the Adriatic, is earmarked for Italy and Central Europe, which will also be looking for new supplies if Moscow acts on its threats to close the taps.

Some of this budding demand could be met by liquefied natural gas (LNG) delivered by ship, but clearly not everyone will be able to get all the gas they need.

One short-term option for boosting Azerbaijan’s exports is under consideration, though the potential increase is small: SGC-shareholder BP told Eurasianet that studies are underway on how to "optimize" the SGC pipeline system to add 1 bcm/year of capacity.

For Azerbaijan to begin to meet the sudden demand will require the various consortia that own Azerbaijan's Caspian fields, as well as the three pipelines that together form the SGC, to make the billions in investments needed to both boost production and increase pipeline capacity.

According to Azerbaijan's state oil and gas company SOCAR – a shareholder in all Azerbaijan's production fields and the SGC – a decision on doubling the export capacity of the westernmost section of the SGC to 20 bcm/year is expected this year.

Unclear is where the extra gas will come from.

BP has long cautioned that expanded production at its Shah Deniz field, which currently produces all of Azerbaijan’s gas for exports, would not fill new SGC capacity.

More significant according to BP are untapped reserves around the Azeri-Chirag-Guneshli (ACG) oil field, which BP operates and which produces the bulk of Azerbaijan's oil exports. Under the existing production agreement with Baku, any gas from the field is either pumped back in to boost oil production or handed over to SOCAR free of charge, to supply Azerbaijani consumers.

Developing ACG's gas potential would require major investment by the consortium which owns the field, which would in turn require the production agreement to be changed.

Even in a best-case scenario, it would take several years to begin producing – and thus be of little use in the current Russia-inspired gas crisis.

There is one other option that industry analysts are watching, one that does not require any new infrastructure.

Azerbaijan last December concluded a gas swap agreement with Turkmenistan. Under this plan, the Central Asian nation has begun sending up to 2 bcm/year of gas to northeast Iran. Iran sends an equivalent quantity from its northwest to Azerbaijan, enabling Baku to meet its own growing domestic demand.

That swap deal could be expanded to as much as 6 bcm/year and the extra gas transited to Turkey and on to Europe, said John Roberts, an energy analyst at the Atlantic Council.

"Turkey's existing gas transit network has around 4-5 bcm/year of spare capacity, which could be used to transit extra gas to Europe,” Roberts explained.

While not a huge volume, that could meet demand in some Balkan states. Most importantly, it is technically simple and potentially quick.

In addition to excess capacity, Turkey's gas grid also boasts two separate export pipelines – one to Bulgaria and a larger capacity line to Greece. Unlike the Southern Gas Corridor lines, which are operating at full capacity and would have to be expanded, these two have room to spare.

The line to Bulgaria could only be used in summer when Turkish gas demand is low, explained Arif Aktürk, the former head of gas purchasing at BOTAŞ, Turkey’s state-owned pipeline operator. But the line to Greece “has plenty of spare capacity and could be used year-round,” Aktürk said, adding that the gas could then flow from Greece on to the Balkans.