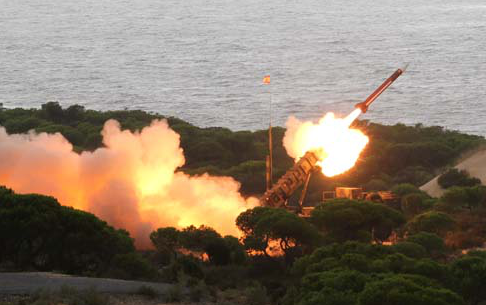 The Netherlands is pulling out its air defense troops from Turkey but Spain will take its place, ensuring that the NATO deployment of Patriot systems will remain on the Turkey-Syria border.

Last month, the Netherlands announced that it would end its deployment in Turkey in January 2015. The Dutch were part of a NATO deployment, also including the United States and Germany, which has operated the Patriot missile defense systems since December 2012. There had been media reports that the entire NATO mission was in peril because the Patriot units of the contributing members were becoming overextended.

But on September 17, Spain announced that it will step in and deploy about 130 soldiers and two Patriot batteries, averting that threat. An unnamed senior Turkish diplomat said the decision "denoted critical help from an ally at a most critical time," wrote Defense News. “Our southern [Syrian] and southeastern [Iraqi] borders are under serious threat, and the deployment will help us better counter any attack from across these borders,” the diplomat said.

The move represents a bit of a departure from Spain, which Reuters notes "has not been an major participant in these types of international initiatives in recent years."

NATO's perception of the situation in Syria has dramatically shifted since the beginning of the Patriot deployment in 2012; at the time the government of Bashar al-Assad was thought to be the main threat, now the radical opposition group ISIS has emerged as an international menace after taking over large swathes of territory in Iraq as well as in Syria. Along with that shift, there have been concerns that Turkey's interests are not in tune with those of its NATO allies; a recent much-discussed Wall Street Journal editorial was titled "Our Non-Ally in Ankara."

Part of the reason for Turkey's half-hearted devotion to the anti-ISIS effort was that 46 of its citizens were being held hostage by the group in Iraq; those hostages were freed and returned to Turkey this weekend.