Both sides have agreed to initiate a joint investigation into a recent police shooting. 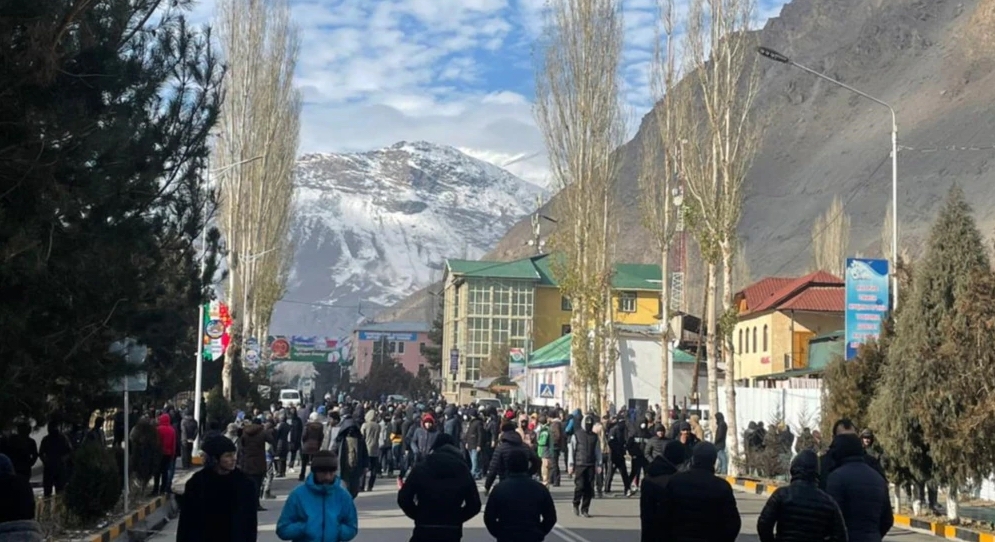 A standoff in eastern Tajikistan between local communities and the central government came to a close over the weekend with pledges of further mediation in future.

The crowds that had occupied a central square in Khorog, the capital of the Gorno-Badakhshan Autonomous Region, or GBAO, for four days dispersed on November 28. The government has in return reportedly committed to an independent investigation into the death of a local man at the hands of law enforcement officers.

Gulbiddin Ziyobekov, 29, had been wanted by police over an alleged assault of a public official that took place in early 2020. The government said in a statement on November 25 that he had violently resisted arrest and was shot in the confrontation and later died from his injuries. That account is in dispute, however.

A spontaneous rally in Khorog sparked by that killing quickly tipped over into violence amid reports that government forces used live fire to disperse the crowd. At least two people are known to have died. While the sit-in demonstration was initiated by the Ziyobekov case, demands soon expanded to include calls for greater autonomy for the GBAO.

Officials appear to have yielded somewhat on the matter of the Ziyobekov. Abdullo Navdzhuvanov, the head of the Interior Ministry in Sughd, a region in northern Tajikistan, has been tapped to lead the government’s side of negotiations on how an investigation is to proceed.

An agreement has also been reached to refrain from seeking prosecutions for the people who threw stones at public officials, including the recently appointed governor of the GBAO, Alisher Mirzonabotov, during the demonstrations. Checkpoints erected around Khorog since the start of the protests have been taken down.

Normality is still way off, however. Internet connections to the region were disconnected during the demonstration and are still suspended.

“We call on the country’s authorities to be consistent in their commitments and to take all necessary efforts to resolve conflicts peacefully and prevent future violations of human rights,” the statement says.