A third of Russian adults now obtain most or all of their news from web-based sources, says a new report from the independent Levada Center. 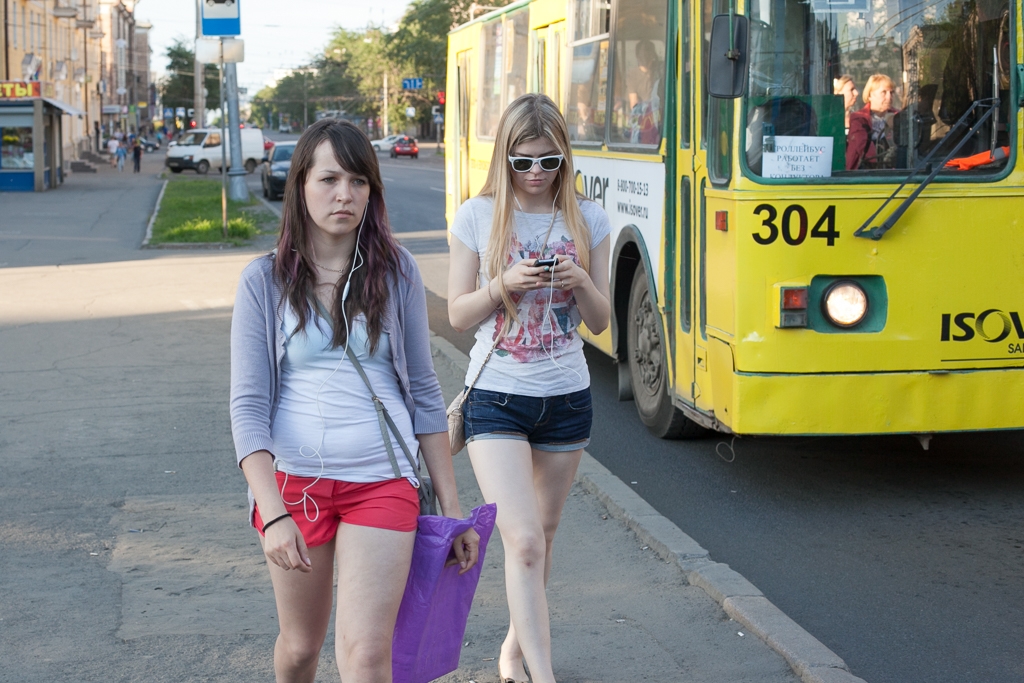 Younger Russians are increasingly tuning out state television and turning to independent news websites and social media to find out what’s going on in the world, a new study has found. (photo: David Trilling)

The Kremlin is losing control over mass media in Russia, a recent study by the Moscow-based Levada Center indicates. Younger Russians are increasingly tuning out state television and turning to independent news websites and social media to find out what’s going on in the world, the report states.

The central finding of the Levada Center report, titled The Russian Media Landscape 2019, is that state television’s position as the leading purveyor of news for Russians is eroding almost as fast as Greenland’s ice sheet. Whereas a decade ago 94 percent of Russians obtained information about domestic and international affairs from television, today about 72 percent do, the report says. It also shows that the most loyal television viewers are the oldest Russians: over 90 percent of those of pension-age rely on TV to obtain information, while only 42 percent of those under 25 watch news broadcasts.

“The most noticeable change has occurred in the level of popularity of Channel One: Over the years, the number of respondents who named it on the list of regularly watched [outlets] has decreased from 72 percent to 47 percent,” the report says.

All this is bad news for Vladimir Putin, Russia’s leader. Putin’s political machine, especially during his second stint in power, has depended upon an information monopoly. Over the past two decades, it has relied heavily on state-controlled television channels to shape Russian public opinion and marshal support for its political agenda.

In keeping with its doctrine, the Russian government in the spring of 2019 adopted a plan to build a “firewall” to limit the ability of outside news from entering Russia’s information space via the Internet. But this goal remains elusive. Skepticism is rooted in the Telegram debacle, an episode during the spring of 2018 when government regulators clumsily tried to muzzle the nettlesome messaging service and ended up disrupting a good chunk of the Runet before giving up.

The Levada findings suggest that the task of keeping the Internet genie bottled up will only grow more complex for the Russian government. Trends connected to the dilemmas that flummoxed Russian authorities during the Telegram crackdown appear to be accelerating. Specifically, over the last eight years the popularity of Internet news outlets and social media has grown 250 percent – to the point where a third of Russian adults now obtain most or all of their news from web-based sources. In addition, a majority of Russians are now habitual social media users and sharers; among Russians under 25, 85 percent are “daily” or “almost daily” users.

“Today, about 56 percent of Russians use social networks regularly (“daily, almost daily” and “several times a week”),” the Levada report says. “About a third of the country's population has never used them.”

Russians under age 35 are now more likely to get information about domestic and foreign developments from social media than they are from television.

The use of messaging apps, such as Telegram, is likewise booming in Russia. Over the last three years, the percentage of regular messaging app users in Russia has doubled, reaching 62 percent. “The leaders among applications are WhatsApp (49 percent of Russians) and Viber (31 percent). About 17 percent use the messenger VKontakte, Skype – 14 percent,” according to the Levada report.

“Telegram's audience, which has grown markedly last year amid [efforts to block it], today is about 8 percent of the population,” the report adds.

The Levada report contained grim news for consumers of print and radio broadcast journalism. Audiences have declined by more than half over the past decade. The report, which was released in early August, is based on extensive surveys of Russians adults from all age groups. The results have a margin of error of 3.4 percentage points.

Another likely source of concern for the government is connected to public trust in sources of information: Faith in independent web outlets and social media is growing slowly, while the believability of television news is declining rapidly. A decade ago, roughly 80 percent of viewers believed what they were told on TV. These days, the figure hovers around 55 percent.

“Last year the confidence of Russians in how television covers certain topics, especially economic ones, noticeably decreased,” the report added. “Today, more than half of the population believes that coverage of the state of affairs in the economy by television channels is ‘untrue.’”