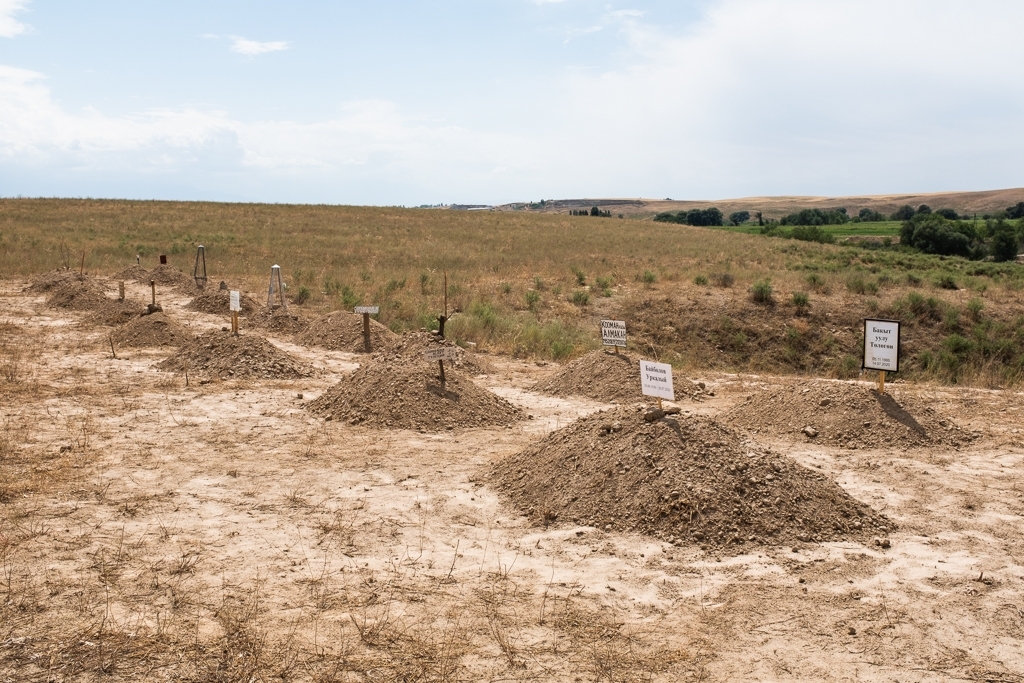 Eurasianet correspondents across Central Asia confirm that, on the surface, life is getting back to normal. Masks are becoming a rarity. Social-distancing efforts, never great to begin with, have largely been tossed aside.

Official COVID infection and death statistics attest to this normality. There is little, the official numbers suggest, to worry about.

But new research shows that official death figures in many parts of Central Asia and the former Soviet Union are vast undercounts.

Ariel Karlinsky at Hebrew University in Israel and Dmitry Kobak at the University of Tübingen in Germany have built what they call the World Mortality Dataset, based on official data available from 77 countries. Acknowledging that COVID infections and death counts "can be heavily affected by limited testing availability and by different definitions of COVID-19 death" around the world, they start by collecting the total number of deaths in each country over the past five years. Then they calculate average total deaths per country between 2015 and 2019.

Using this baseline, the authors can show that Peru and several other Latin American countries in 2020 had the highest relative increase in deaths per 100,000 people. These countries were followed by Kazakhstan (with 22 percent more deaths than expected) and Kyrgyzstan (19 percent). Russia also ranked high (15 percent), with a spike that continues to this day. (In the South Caucasus, the authors correct to account for the roughly 6,000 deaths attributed to the autumn war between Armenia (15 percent higher after the correction) and Azerbaijan (8 percent).)

“Our analysis shows statistically significant positive excess mortality in 51 out of 77 countries,” write Karlinsky and Kobak in a preprint (a paper that has not yet been peer-reviewed) explaining their methodology.

Next, they examine official COVID death counts. They find a number of former Soviet republics are among the world’s most computationally challenged – or reluctant to produce accurate death counts. Among all 77 countries, Uzbekistan leads the pack.

By comparing their excess mortality rate to official COVID counts, the authors found a few countries in Europe showed a ratio below one, suggesting officials there included suspected COVID deaths in their tallies. In the United States, the figure was 1.2, meaning a slight undercount in COVID fatalities. "But some countries showed much larger values. We found the highest undercounts in Uzbekistan (30), Kazakhstan (12), Belarus (15), Egypt (13), and Russia (6.7). Such large undercount ratios strongly suggest purposeful misdiagnosing or underreporting of COVID-19 deaths." A graph from their findings:

OECD researcher Luke Mackle reached similar conclusions this week. He reported a 26 percent jump in excess deaths in Tajikistan – the highest in Central Asia, by his count.

Tajikistan has declared victory over the virus and many Tajiks seem to accept the government’s message at face value. “People here feel they’ve coped with the crisis very well,” a Dushanbe resident told Eurasianet on February 18.

Karlinsky and Kobak continue to update their datasets, writing: “Just as countries around the world collect and regularly report estimates of economic output such as the gross domestic product (GDP), and just as they have been reporting COVID-19 mortality, a comprehensive multi-national repository of all-cause mortality is long-overdue.”