“Non-compromising attitudes have become mainstream in Armenia and Nagorno-Karabakh. These attitudes jeopardize the prospects of peaceful resolution.” 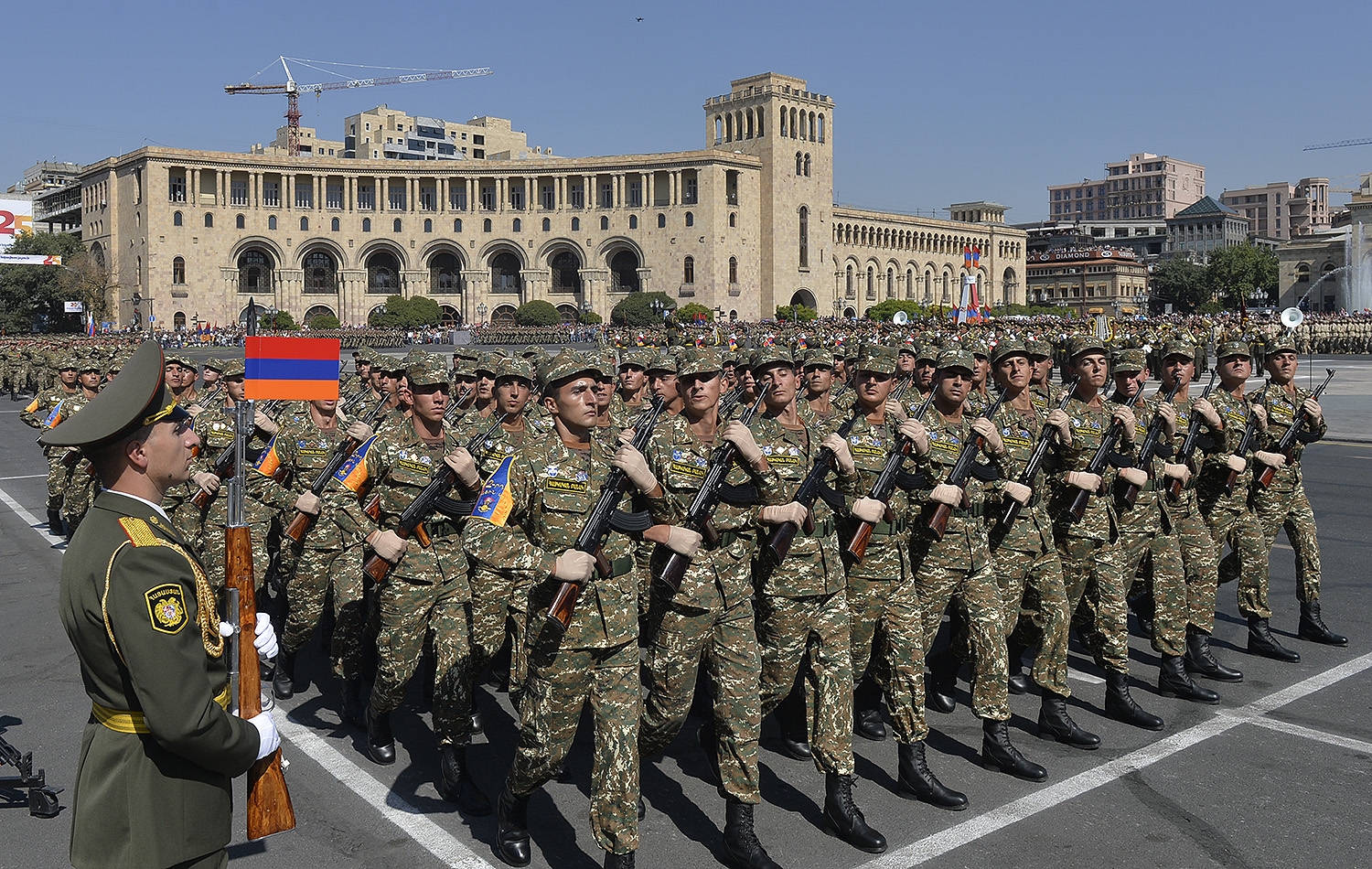 A 2016 military parade in Yerevan, marking 25 years of Armenia's independence. Attitudes toward Azerbaijan have been increasingly hardening, especially since the outbreak of heavy fighting in 2016, a new study has found. (photo: president.am)

People in Armenia and Nagorno Karabakh are increasingly opposed to making any concessions to Azerbaijan in their long-running conflict, and are also increasingly pessimistic about the chances for peace, a new study has found.

Hardening attitudes in Armenia have been anecdotally observed for the last several years, a trend that accelerated after the heavy fighting in April 2016 in which Armenians, for the first time since the ceasefire in 1994, lost some territory. But the new survey, from the Yerevan think tank Caucasus Institute, fleshes out those impressions with some data.

A 2004 poll, for example, found that two-thirds of Armenians expressed support for some sort of concessions to Azerbaijan in the name of peace. But a 2017 survey, the report found, “shows that readiness for compromise has drastically decreased,” with only eight percent expressing support for some concessions.

“Non-compromising attitudes have become mainstream in Armenia and Nagorno-Karabakh,” the report's authors wrote. “These attitudes jeopardize the prospects of peaceful resolution.”

The idea of friendship with individual Azeris also has declined. According to surveys in 2009, 30 percent of Armenians said they considered friendship with an Azerbaijani to be possible, while only one percent of Azerbaijanis said the same thing about Armenians. “This is a huge gap, which, sadly, has been closing in recent years,” the Caucasus Institute reported.

The report doesn't give a new number to support that claim, but it does show a significant decline in the number of Armenians willing to do business with an Azerbaijani, from about 35 percent in 2009 to about 17 percent in 2015. (The numbers for Azerbaijanis willing to do business with Armenians has, like the numbers for friendship, remained vanishingly small over those years.)

The trend has only become worse since the heavy fighting two years ago, one unnamed expert told the report's authors: “Since April 2016, radicalization of attitudes has been manifest. People want to give payback to Azerbaijanis if they start a war again. On one hand, we have lost territories, on the other hand, many people want revenge and would like to resolve the issue through war once and for all.”

One telling detail: apparently children in Karabakh used to divide up in teams of “Armenians” and “Turks” (“Turk” and “Azerbaijani” are often conflated in Armenian discourse), “but now the hostility is taken so seriously that the practice went away.”

While that hardening of opinion is the big takeaway from the report, there are a lot of interesting nuances. Pessimism about the chances for war is greater among people who live closer to the border with Azerbaijan or Karabakh than those who live farther away. While most Armenians don't support a military “solution” to Karabakh, those who do are disproportionately young (between 18 and 24) or between 45 and 54, “the generation that participated in the Karabakh war in 1991-1994.”

One effect of the pessimism: people in Karabakh and in the areas of Armenia close to the Azerbaijani border emigrate abroad at greater rates than other Armenians. But there are mixed emotions about this, the report notes: “Leaving Nagorno-Karabakh is a chance to improve one's living standards, or, at least, to minimize risks. However, since there are no exemptions from conscription in Nagorno-Karabakh, departure of men is often seen as equivalent to desertion. Regardless of gender, people who emigrate feel that they are letting everyone down.”