A new opinion poll offers a rare glimpse at how the war is perceived in Central Asia. 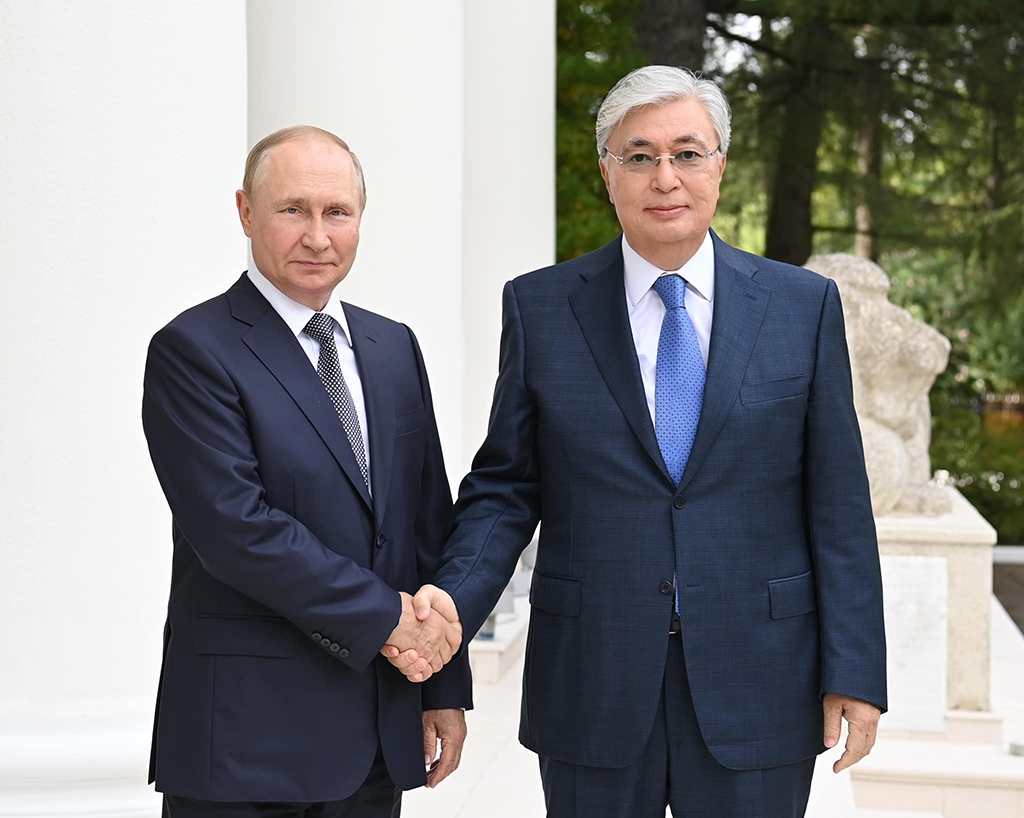 Russia’s war on Ukraine has thrust the Central Asian states into a tricky position. Thirty-one years after independence, Russia is still often their closest economic, military and, arguably, cultural partner. Yet it has invaded another former colony, raising concerns that Central Asia could be next.

That fear is most pronounced in Kazakhstan, which shares the region’s only land border with Russia. President Kassym-Jomart Tokayev has come closest of all regional leaders to calling Russia’s invasion a violation of international law; police have also harassed motorists who display the Z symbol associated with support for the war. Kyrgyzstan has been more ambivalent; Bishkek has been cautious in its messaging while also going out of its way to telegraph that it will not support Ukraine.

But while there have been some scattered anti-war protests in Kazakhstan and Kyrgyzstan, there is little concrete data on public attitudes.

A poll released by Central Asia Barometer on September 6 offers a glance at how the region is responding to the war and where Central Asians are getting their news. The Bishkek-based research outfit conducted the telephone survey in Kazakhstan and Kyrgyzstan in June, sampling over 1,500 people in each country. (The survey included the other three countries, but the questions were less directly focused on the war.)

The war, as one might expect, is not going unnoticed.

In Kyrgyzstan, 41 percent said they were paying “a great deal of attention,” with another 34 percent adding that they were devoting “some attention” to the war. In Kazakhstan, the figures were similar, at 32 and 39 percent.

How they pay attention splits dramatically by age group.

In Kazakhstan, 76 percent of those aged between 19-29 considered the internet their top source of international news; in Kyrgyzstan the figure was 82 percent.

Among older generations, many still turn to state television. But even for people over 60, the internet is now the largest source of international news. (Of course, the internet can contain just as much pro-war propaganda, and older generations – especially in Kyrgyzstan – were much more likely than younger people to tune into Russian TV.)

That might explain why 49 percent of Kyrgyzstani respondents blame Ukraine and/or the United States for the war (14 percent blame Russia). And why Kyrgyzstan also saw the highest share who believe that Russia will win. 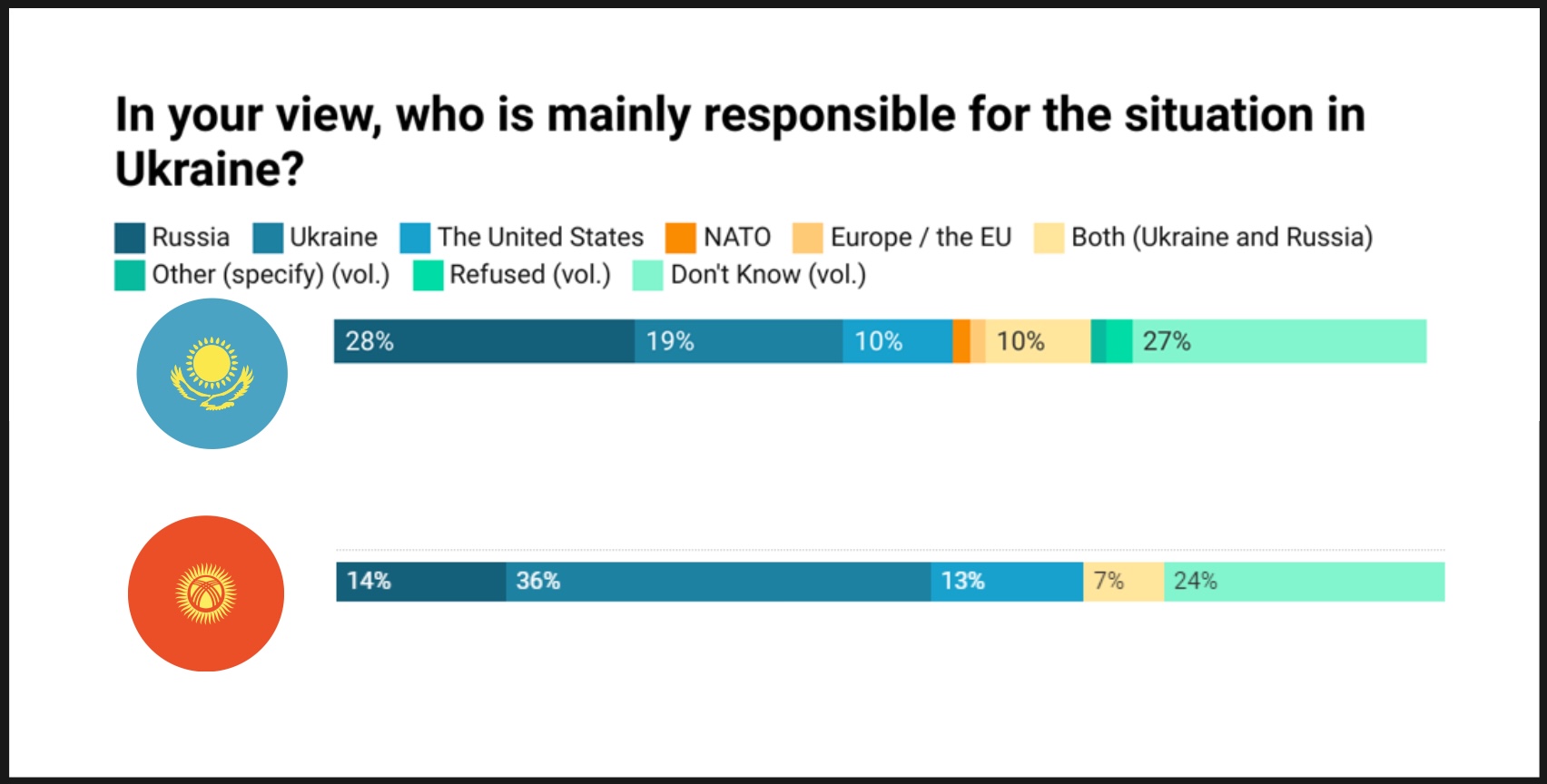 In both, a majority said the war was having a “negative impact” on their country.

That question was vague, but others drilled into economic concerns. Both Kazakhstan and Kyrgyzstan are members of the Russia-led Eurasian Economic Union (EAEU), exposing their economies to the effect of Western sanctions designed to punish Moscow. Plus, even before the invasion caused inflation to shoot upwards, pocketbooks had already been battered for two years by the pandemic.

Speaking on a panel to mark the launch of the report, Tajik scholar Parviz Mullojanov tied attitudes to those migrant flows, pointing out that many millions of Central Asians have a family member working in Russia; the survey did not capture the opinions of these labor migrants, he pointed out.

That so many people in the region blame Ukraine for starting the war, Mullojanov said, is a “sign that Russian propaganda is still important and influential, even in countries like Kazakhstan, which demonstrates the most critical attitudes [in Central Asia] toward events in Ukraine.”