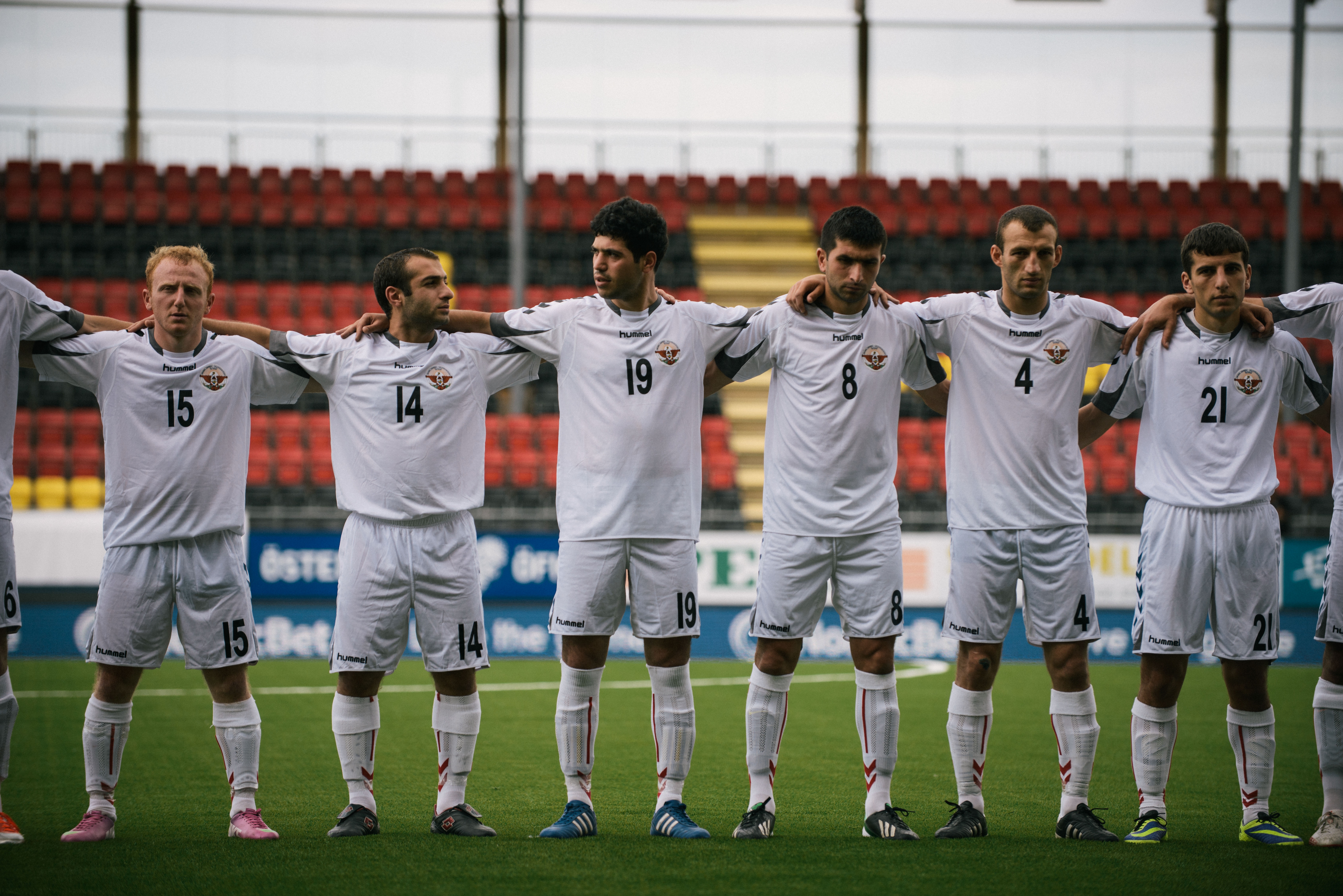 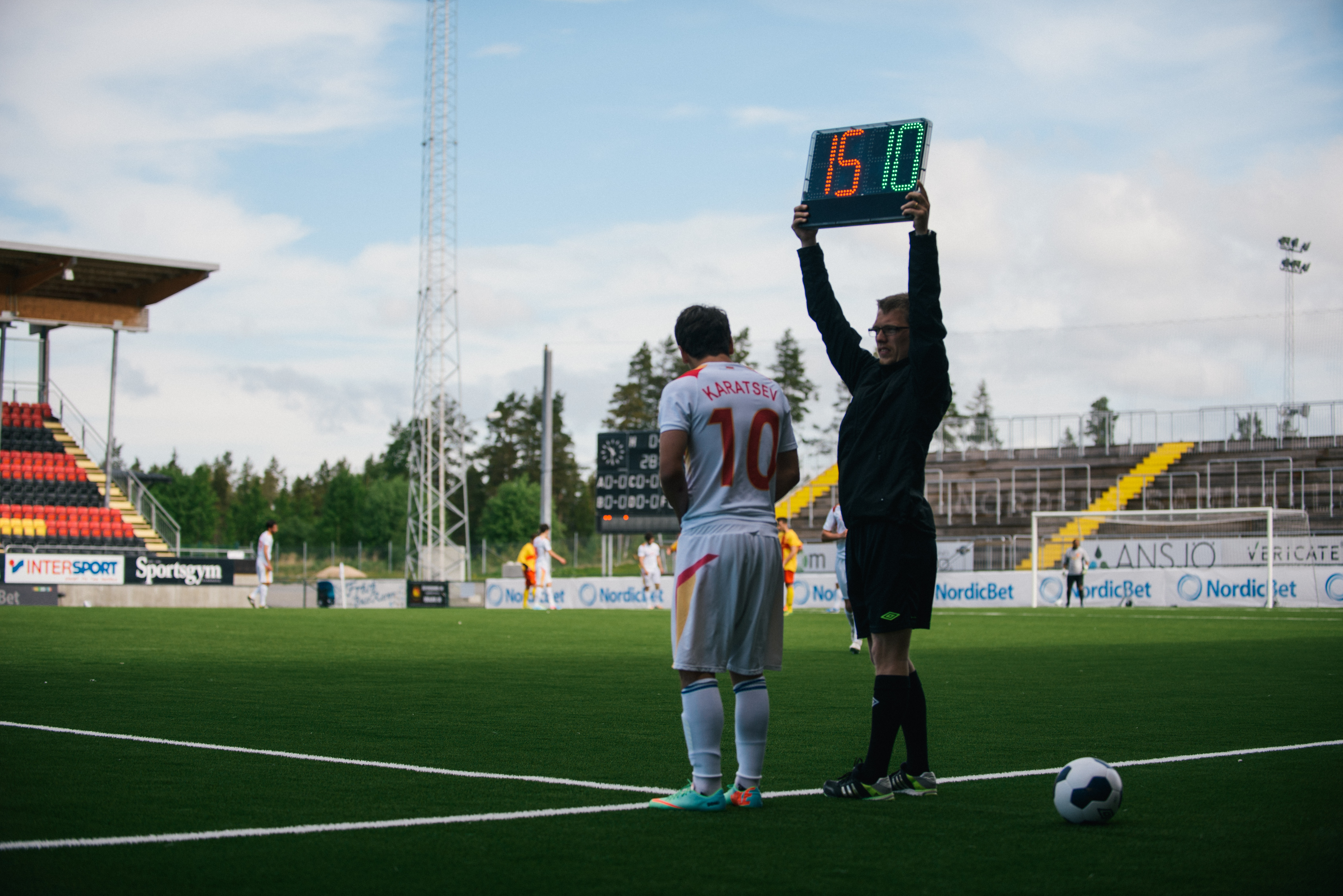 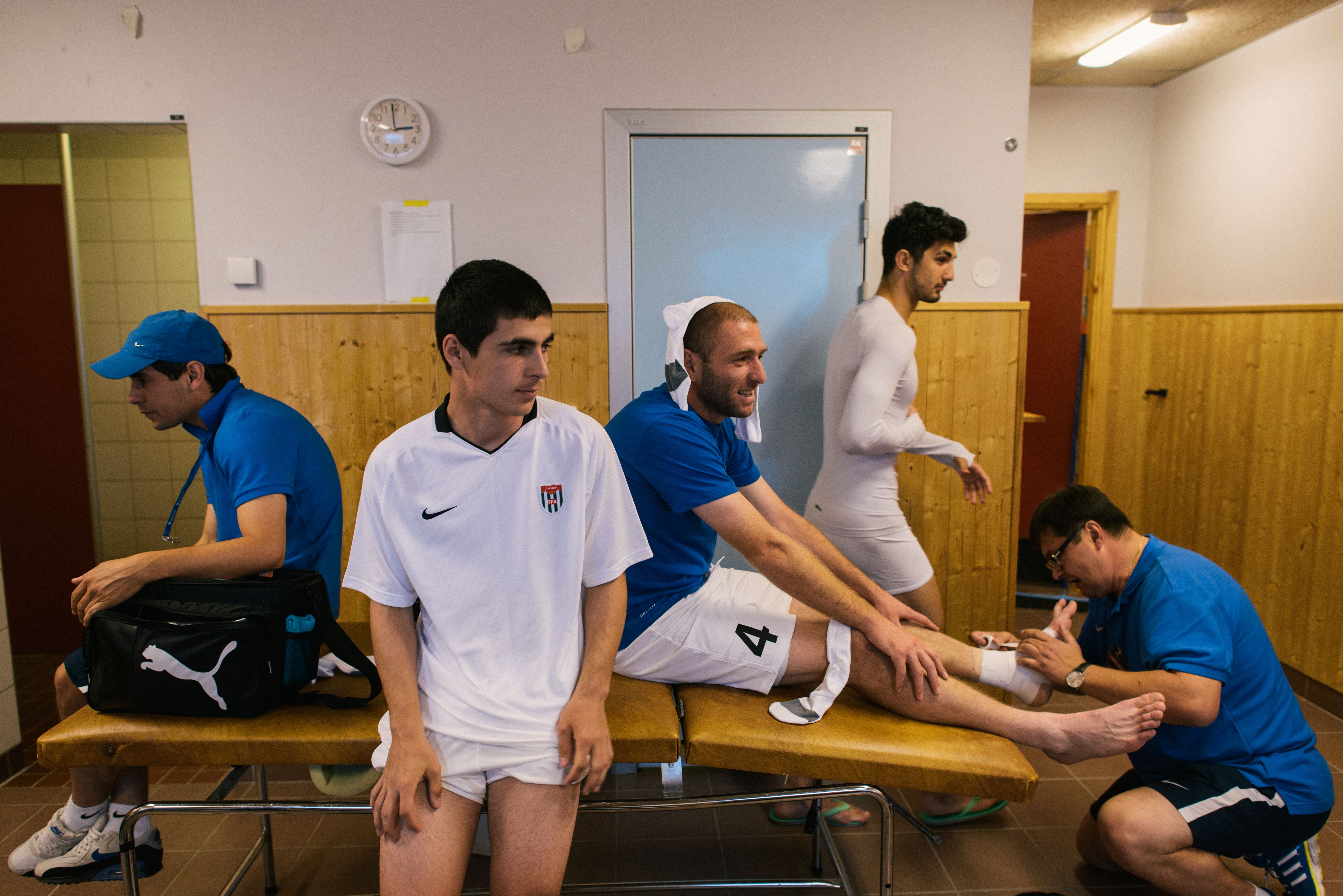 Players for Abkhazia rest in the locker room and prepare for their placement match against Occitania. Abkhazia lost 1-0. 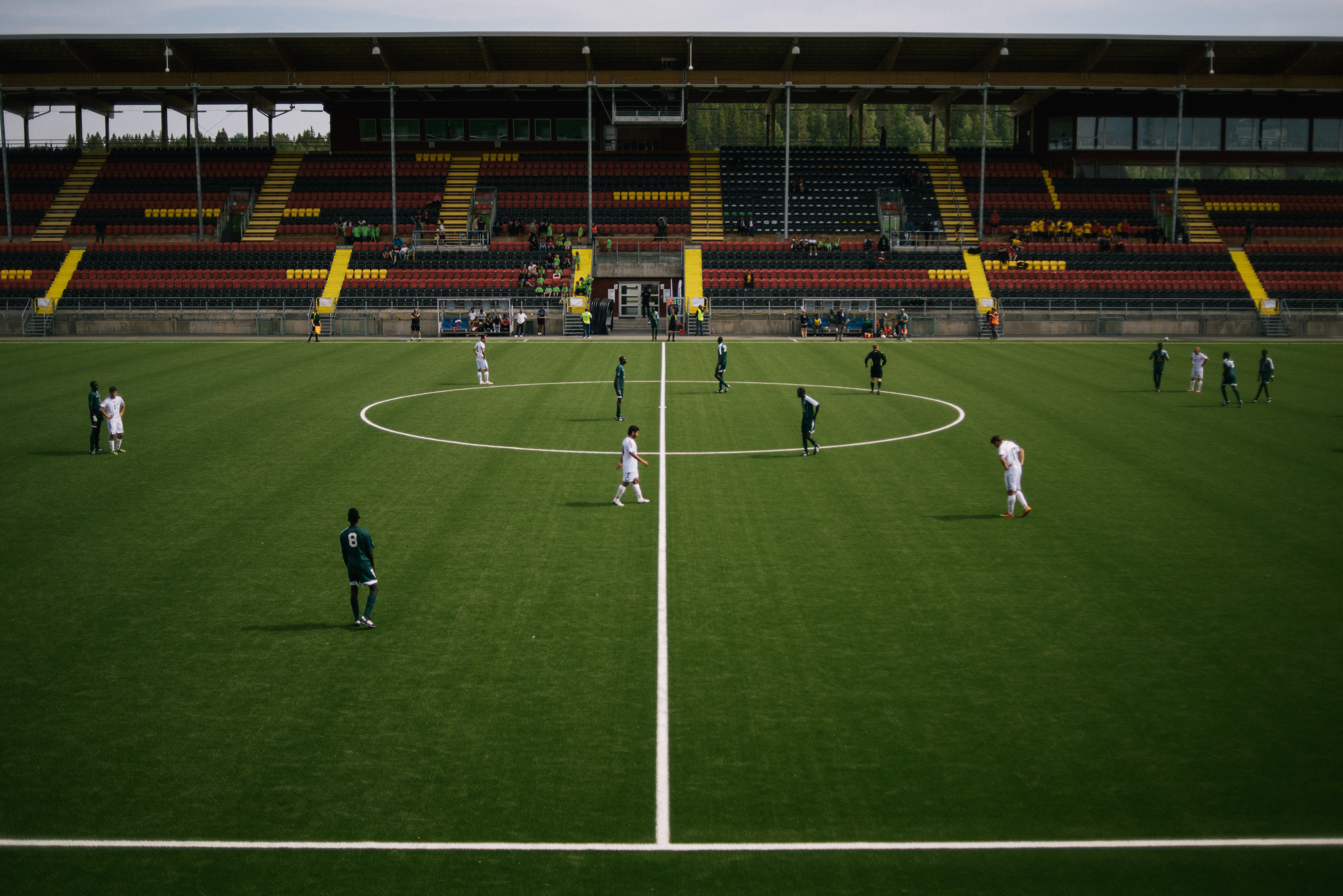 Although the main arena in Östersund can accommodate 5,000 spectators, the stands were mostly empty during the tournament. 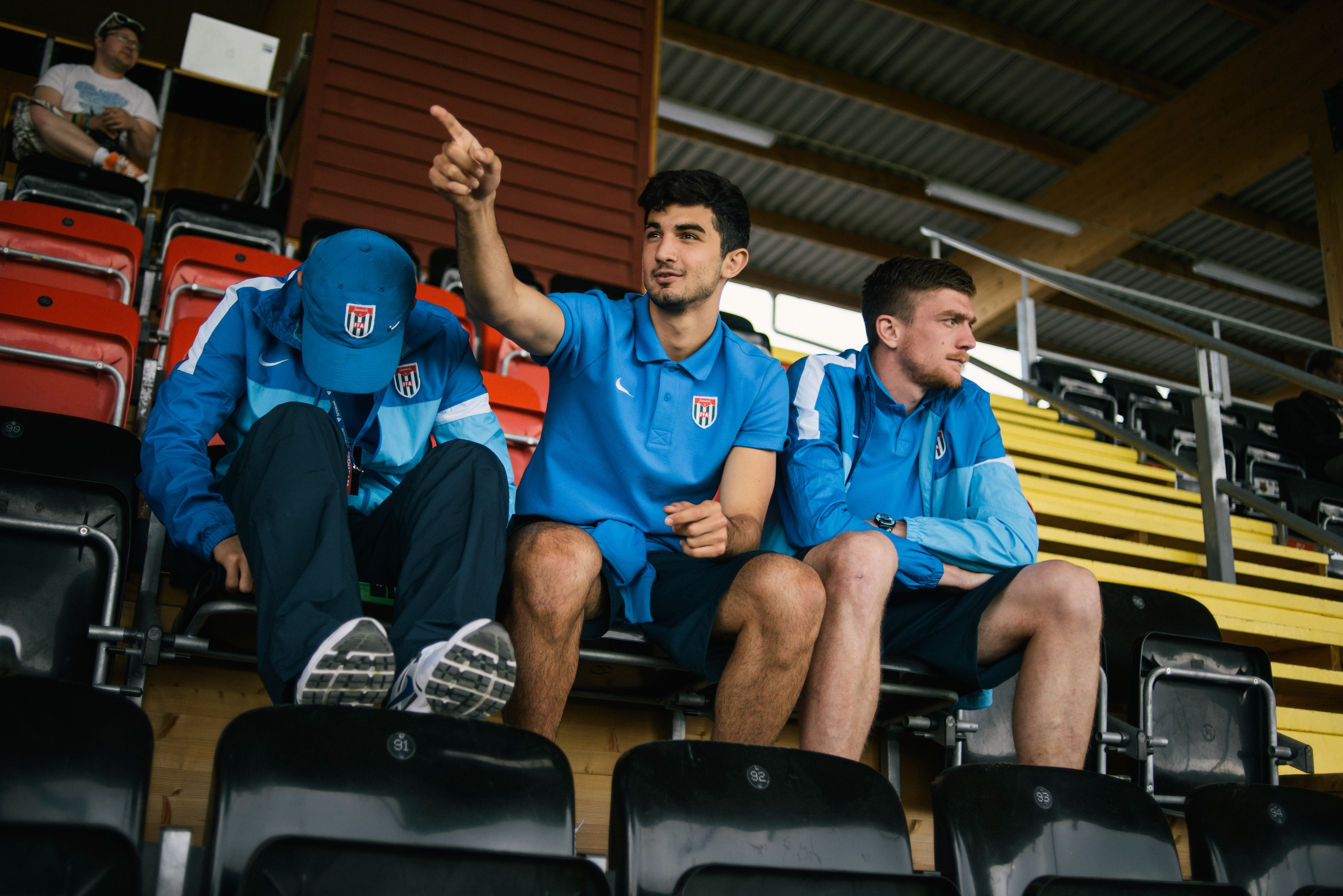 Abkhazian players arrive at the stadium to support South Ossetia during the semi-final match against Countea de Nissa. 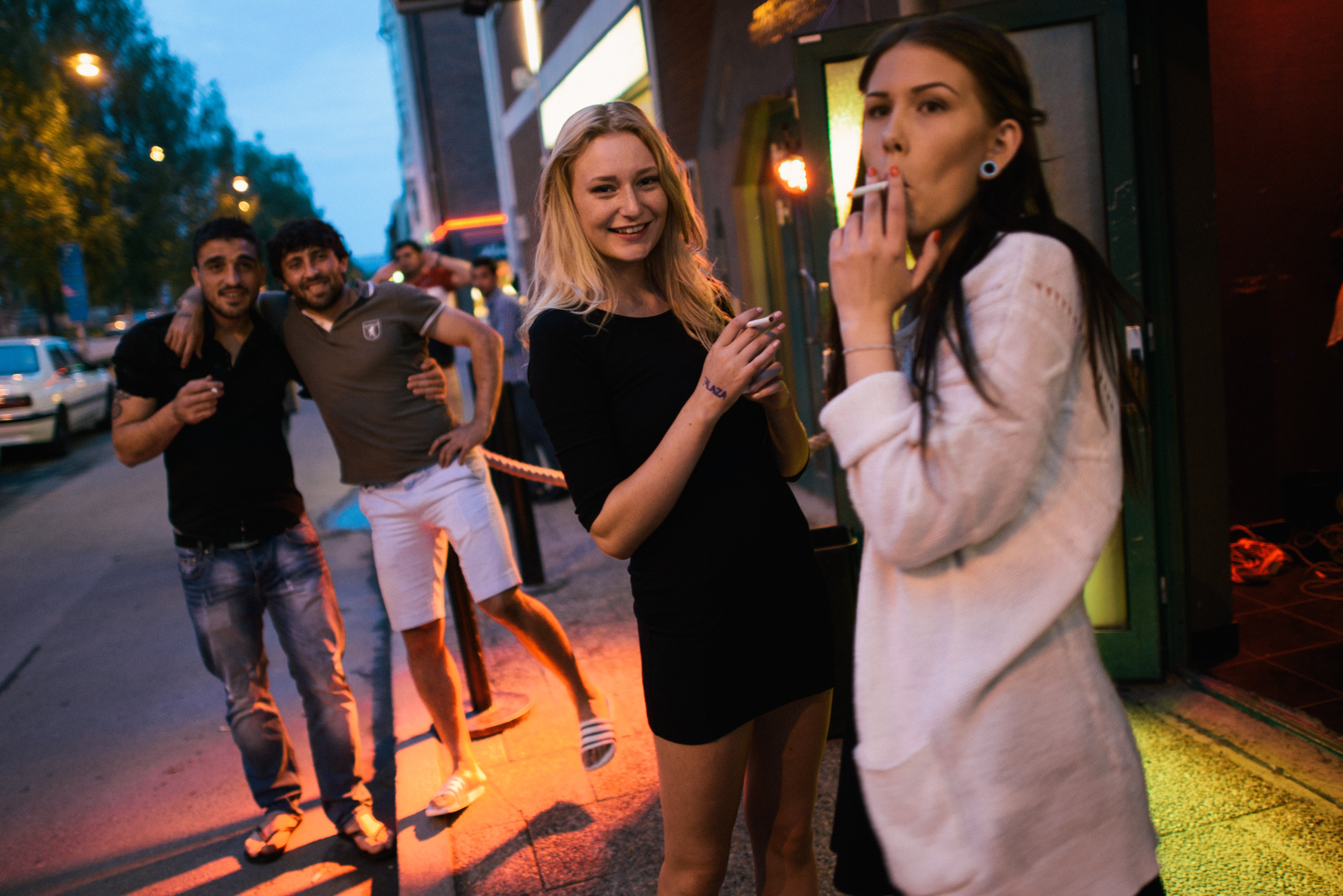 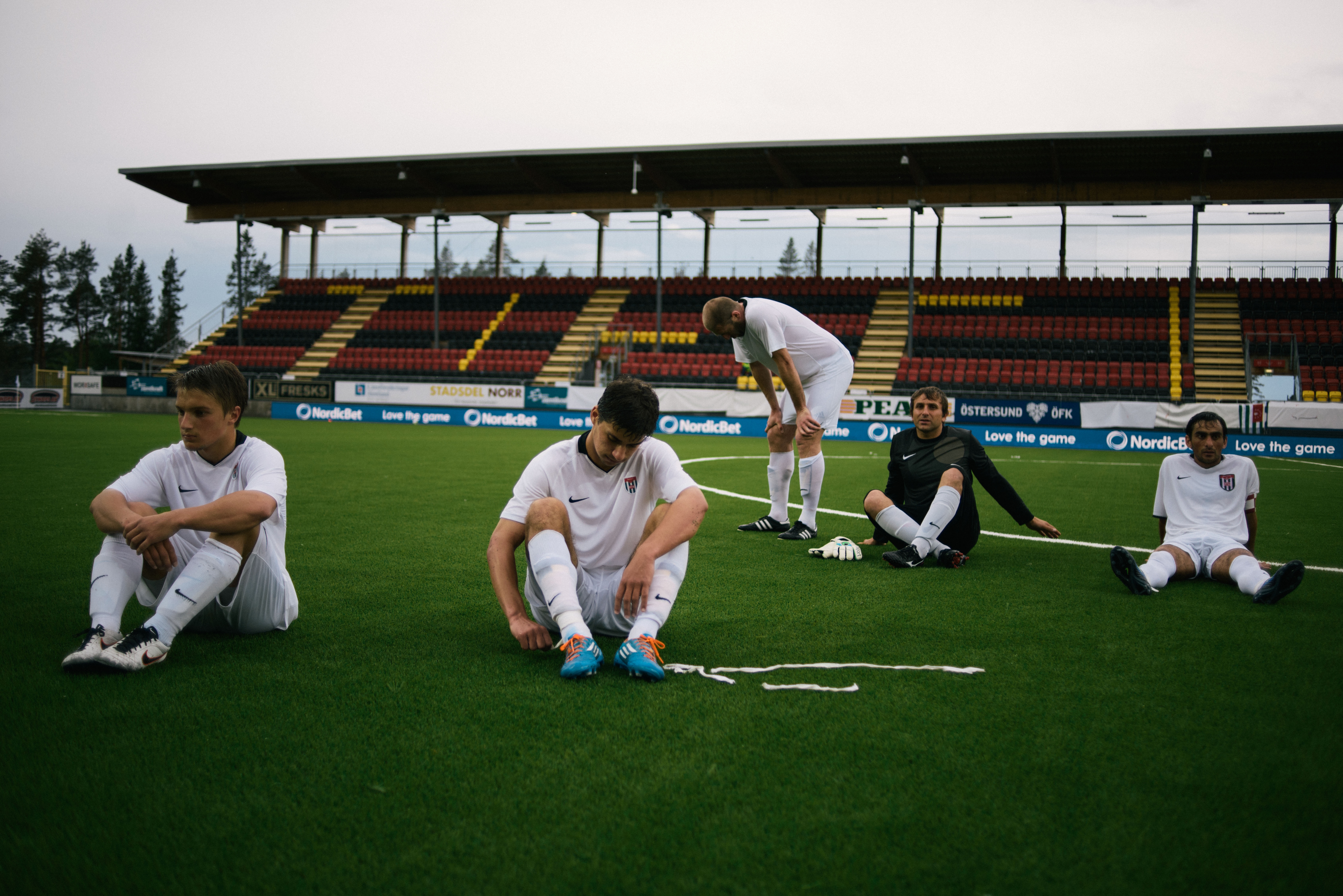 Abkhazian players sit dejected on the field following their 1-0 loss to Occitania. 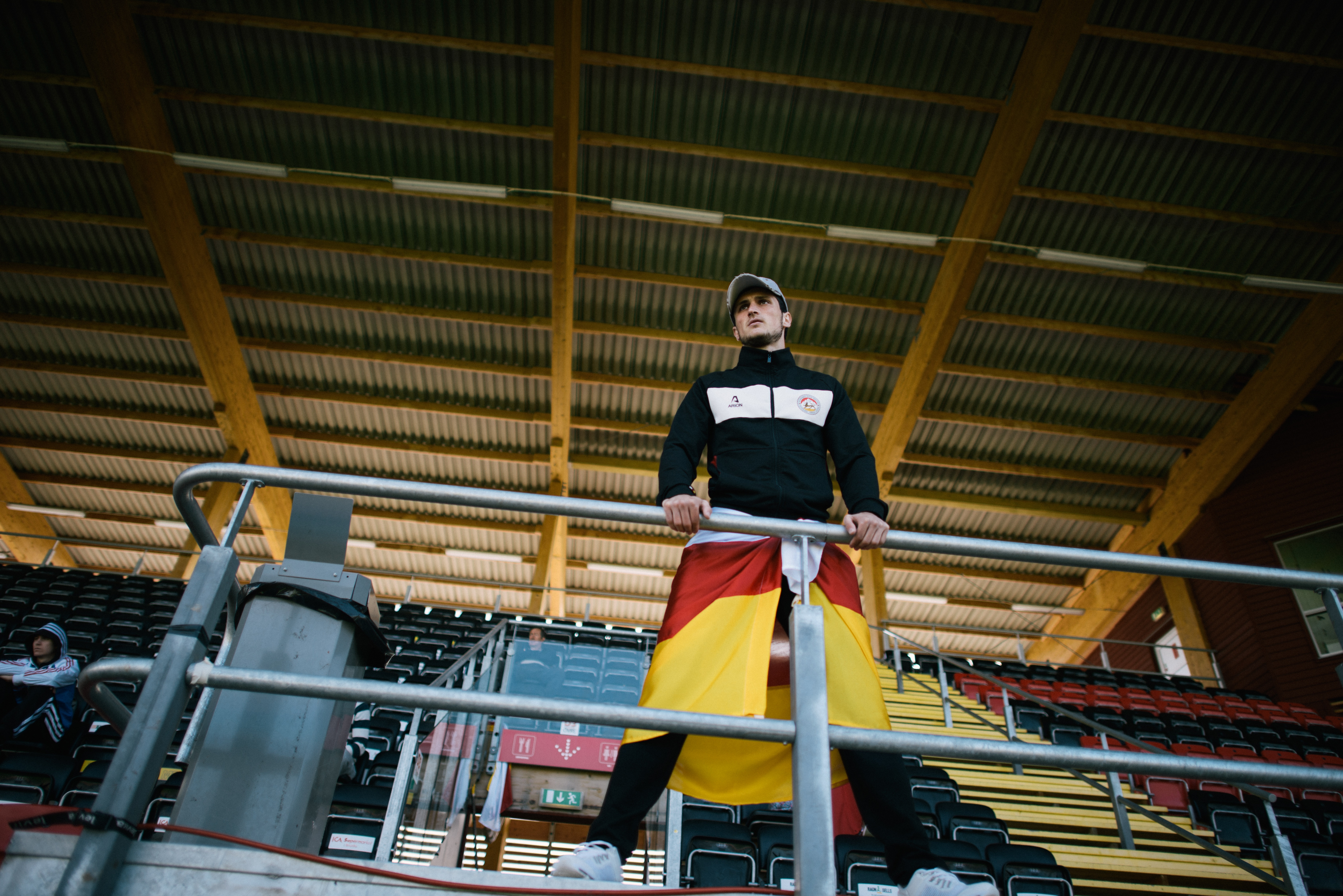 A South Ossetian player watches his team during the semifinal match against Arameans Suryoye. 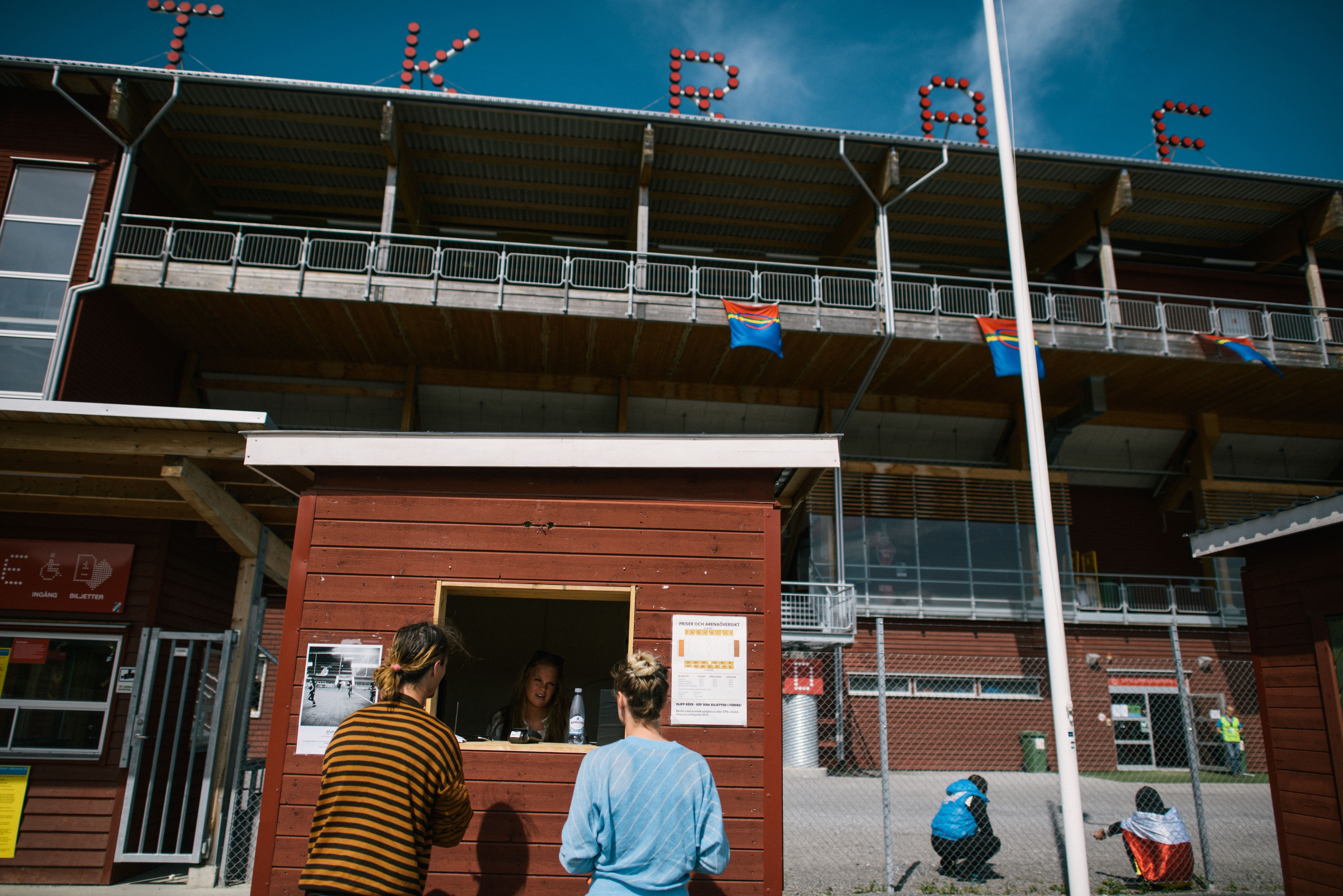 Matches for the ConIFA World Football Cup 2014 are held in northern Sweden - in the heart of the Sami culture. 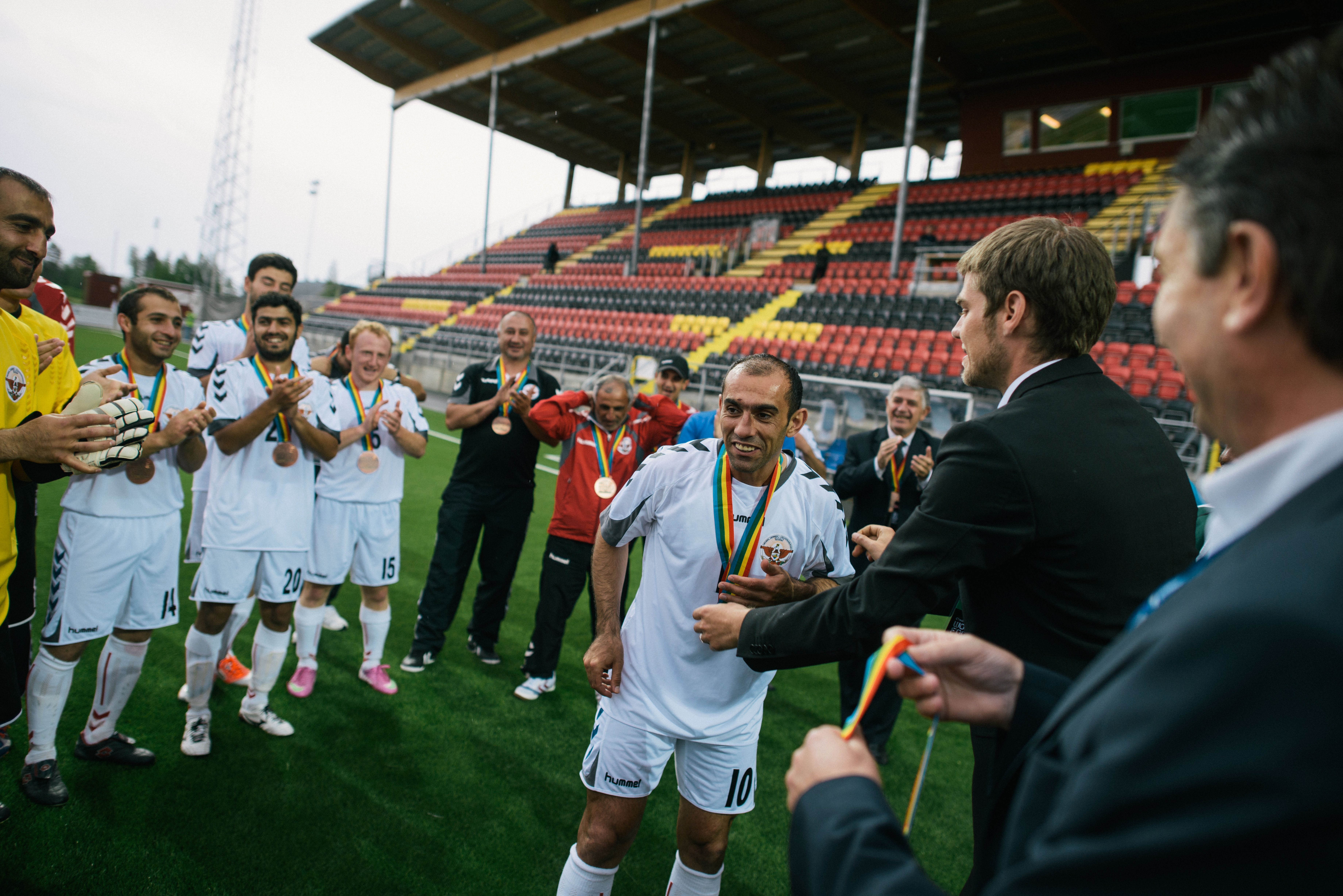 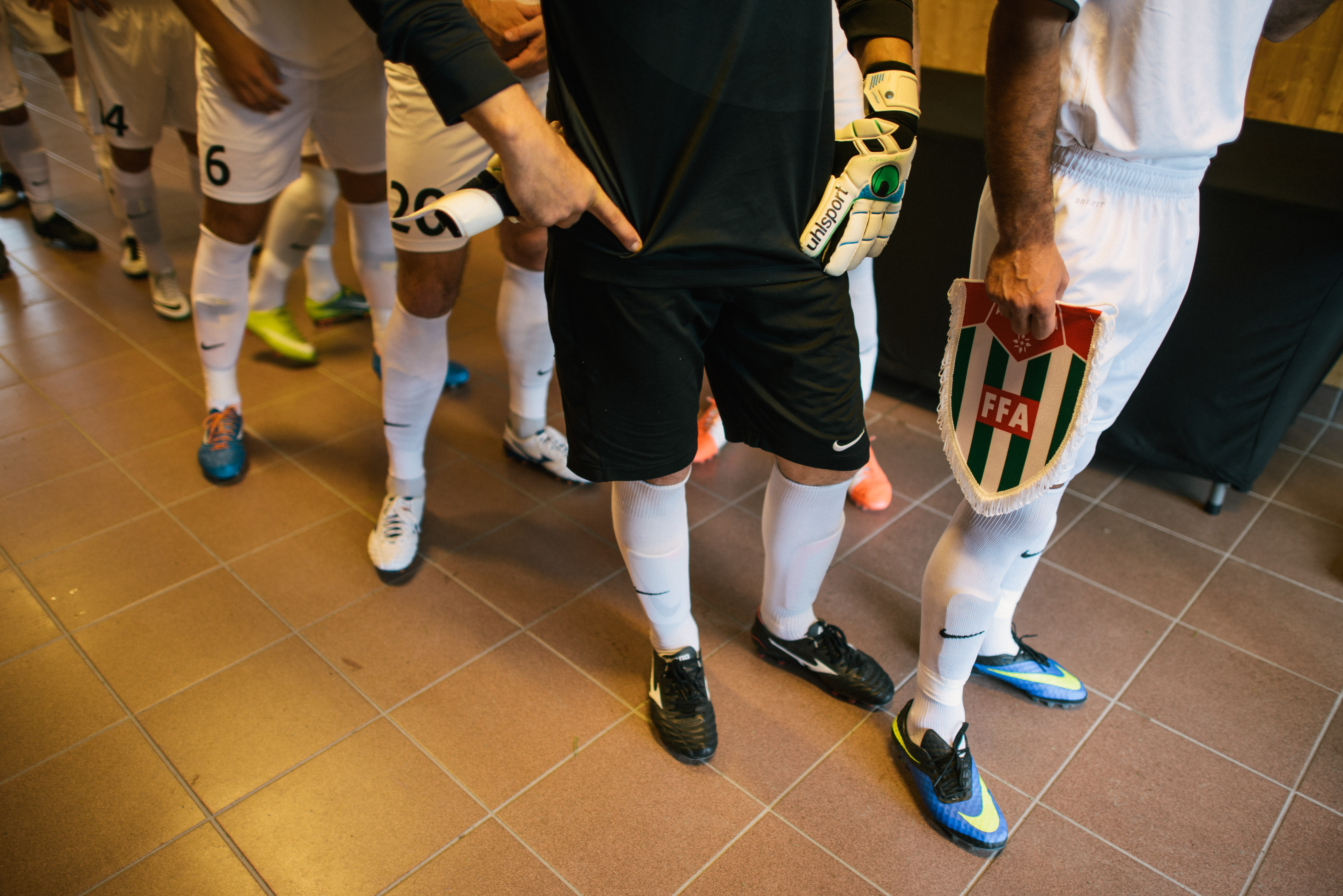 Holding the Abkhazia Football Federation flag, players wait to enter the stadium for their placement match against Occitania. 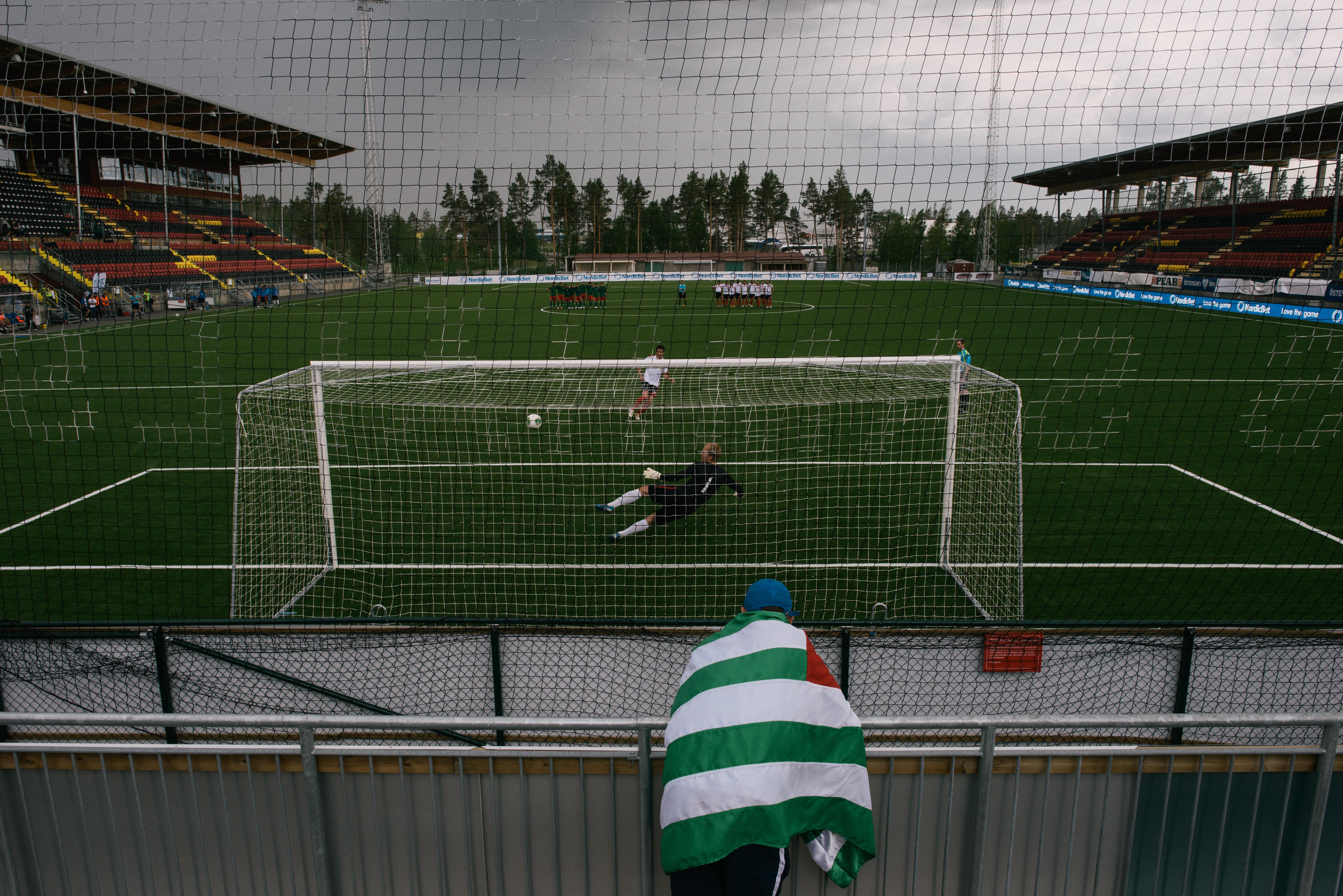 A fan of Abkhazia watches as his team wins their match against Padania in penalty kicks. 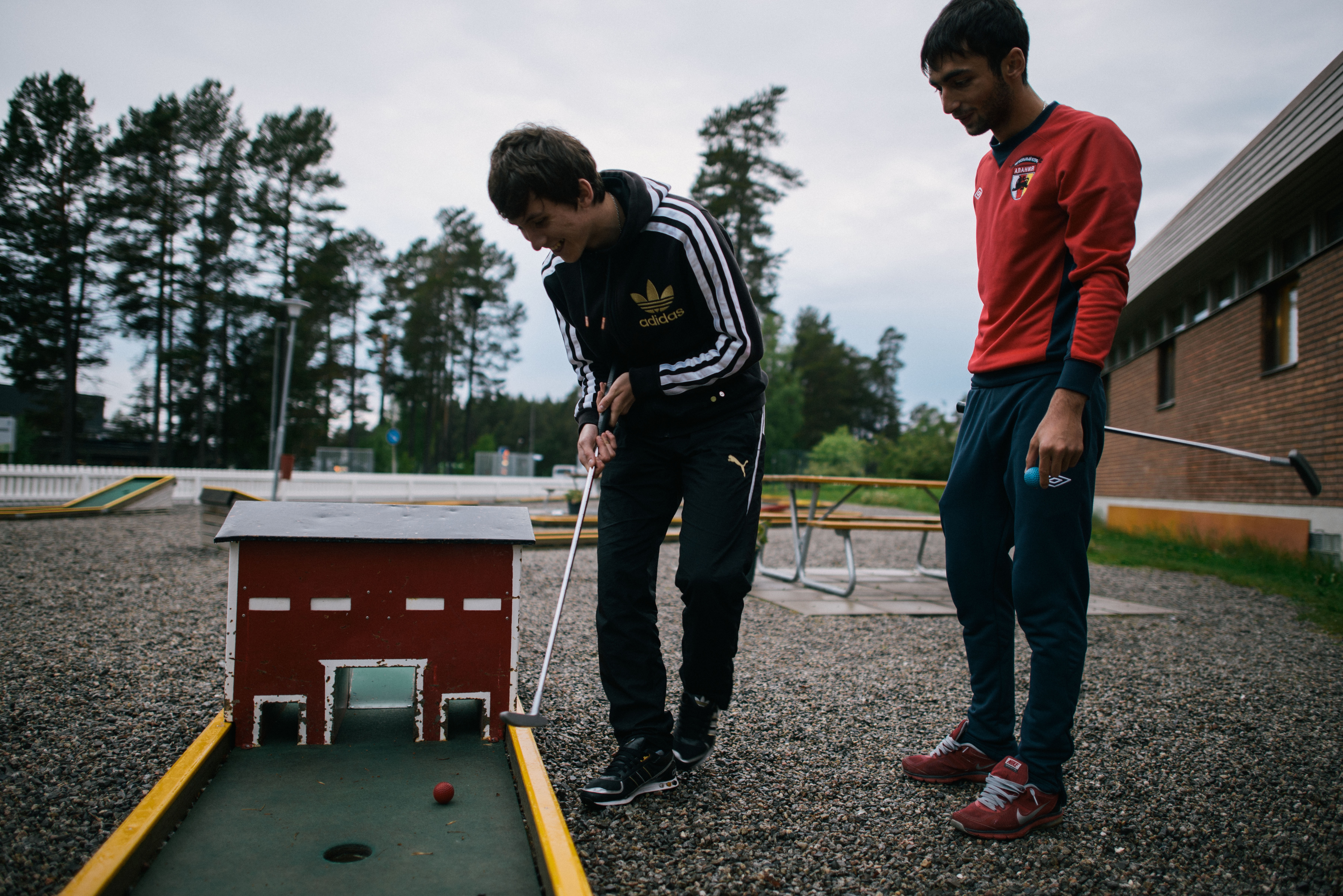 During a break in the tournament, players from South Ossetia play mini golf - a favorite Swedish summer pastime. 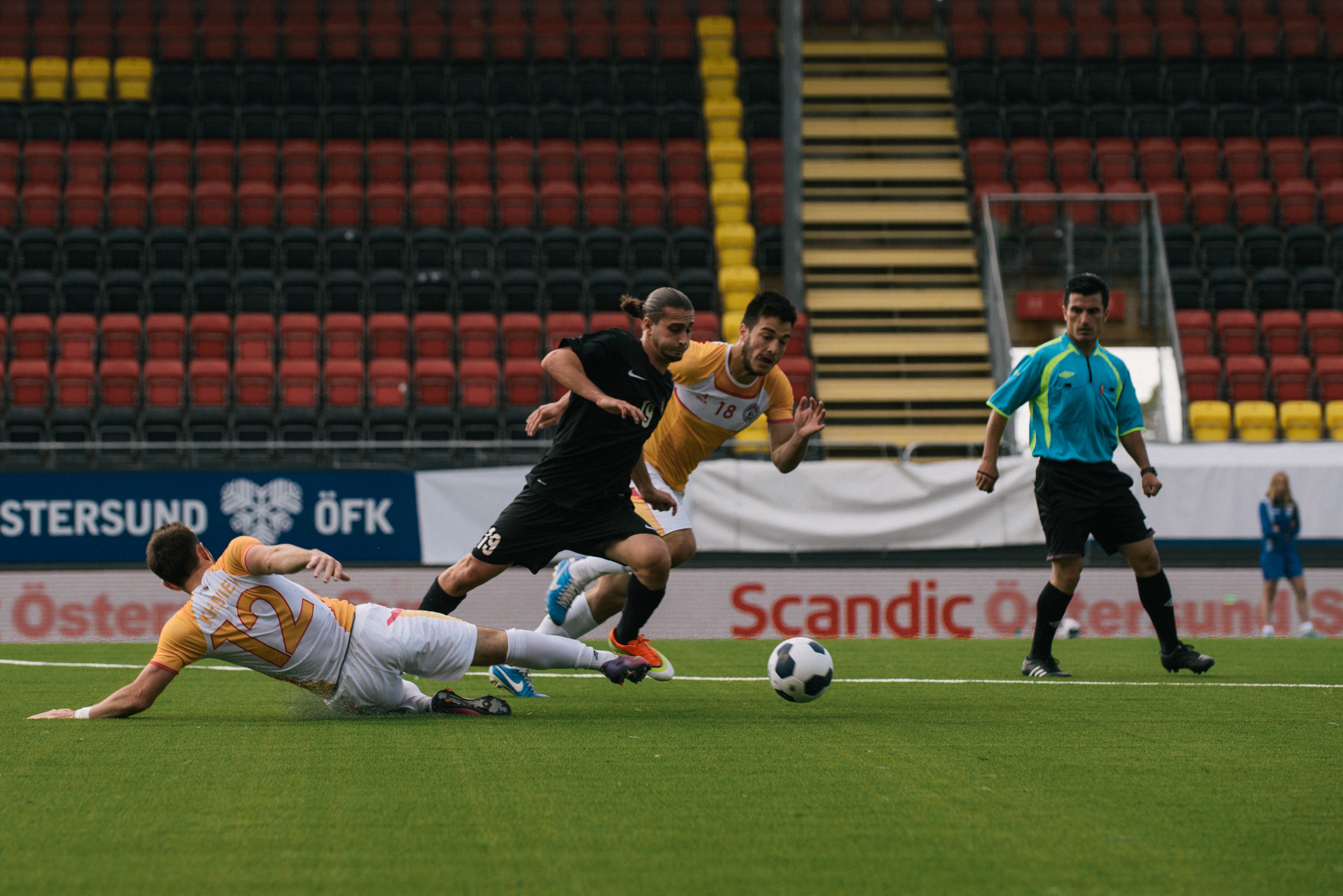 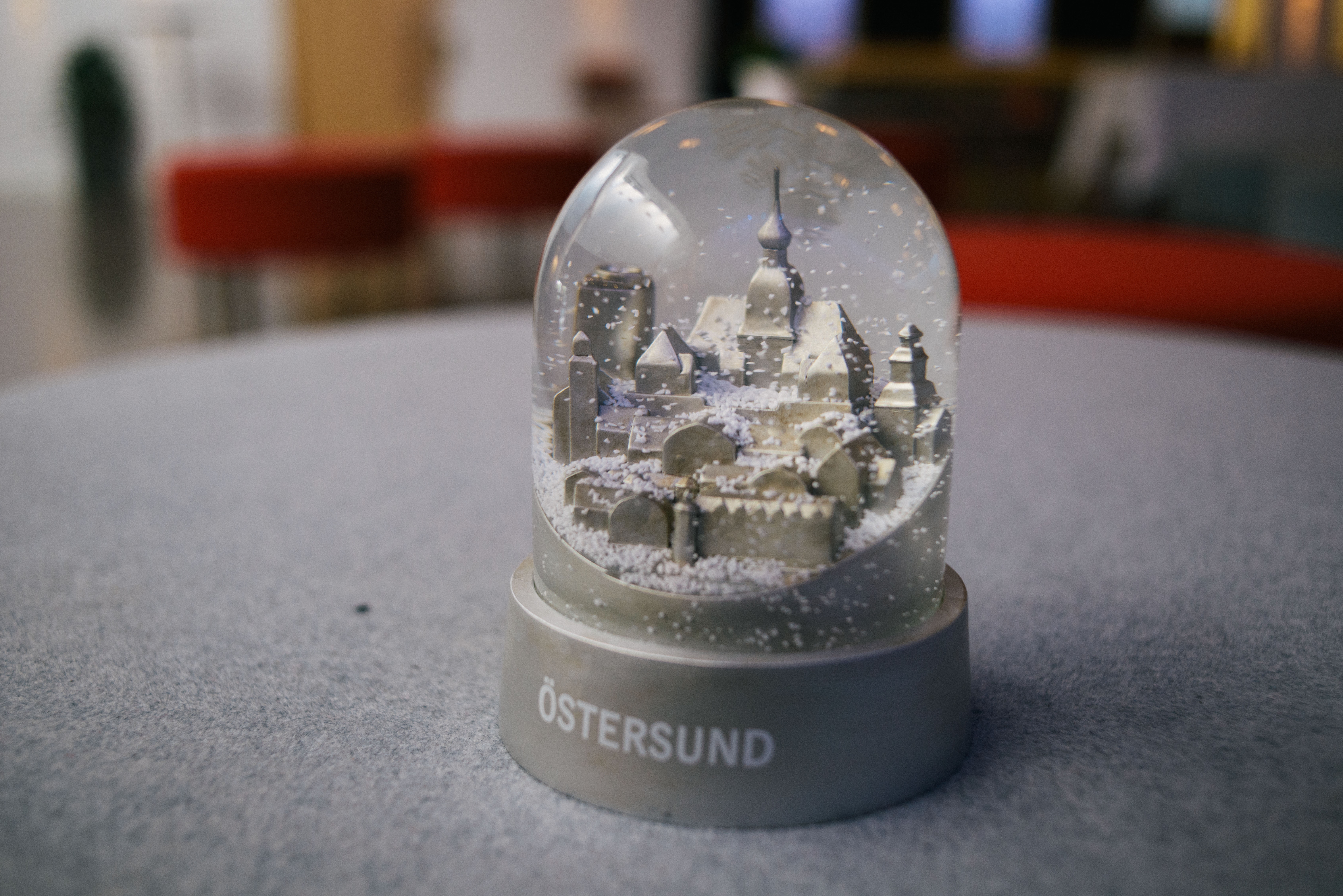 Players from the 12 teams in the tournament were presented a snow globe as a souvenir.
prev
next

Just about everyone knows that the FIFA World Cup football tournament gets underway June 12 in Brazil. But in a parallel football universe, a little-known tournament has already been completed, and the champion is a land that stretches across portions of France and Italy.

The alternative tournament featured 12 teams representing internationally unrecognized nations, places like Abkhazia and South Ossetia, separatist territories that are formally part of the Republic of Georgia, as well as Nagorno-Karabakh, the focal point of an unsettled conflict between Azerbaijan and Armenia. Teams representing Darfur, a strife-torn region of western Sudan, Kurdistan and Tamil Eelam also participated, as did clubs from some long-lost or wanna-be nations of Europe, such as Occitania, Padania and Countea de Nissa.

Ultimately, it was the team from Countea de Nissa that hoisted the championship trophy after beating the Isle of Man on penalty kicks in the June 8 final.

The eight-day tournament was staged entirely in Östersund, a town in central Sweden that is about a five-hour train trip from Stockholm and a far cry from Brazil. The governing body that sanctioned the competition was the recently formed Confederation of Independent Football Associations (CONIFA), which portrays itself as an “organization for people, nations and sportingly isolated regions whom share the joy of playing international football.”

Befitting a tournament of nations that exist on the fringes of the international community, CONIFA’s football soiree was a low-key affair. So low-key, in fact, that the number of spectators at most matches numbered in the dozens and the event’s chief sponsor was an online gambling outfit called Nordicbet.

“There is no prize in cash, players that normally just represent local clubs, they are now competing for their whole region. … They are bringing home pride and dignity for their people,” Lund said.

The world may not have been watching, but for many of the players, the experience was monumental. “You can’t imagine what it means to a player to go up against teams from all around the world,” said Aram Kostandyan, a player for the Nagorno-Karabakh squad.

In stark contrast to the month-long FIFA extravaganza in Brazil, most of the players in CONIFA’s World Cup were amateurs, accustomed to playing on less-than-ideal pitches. For many, the mere opportunity to play in Östersund’s 5,000-capacity stadium against far-away teams meant as much as the final score. “I will hold this tournament forever in my heart,” said South Ossetian player, Valery Makiev. “I discovered how good people are also outside my own country.”

The level of play in the tournament varied widely. Darfur, for example, lost every match it played, allowing 61 goals in four matches without scoring a goal of its own.  But for the Darfur squad, just getting to Sweden for the tournament could be considered a tremendous achievement. The players were drawn from 12 refugee camps and they relied largely on individual contributions from a fundraising drive to raise money for airfare.

Darfur wasn’t the only team that had problems making it to Sweden. Alexander Tumasyan, the manager of the Abkhaz team, complained that a bunch of his players couldn’t get visas. Abkhazia and South Ossetia are perhaps peculiar cases: both territories gained de facto independence from Georgia following civil wars in the early 1990s.  After Georgia’s five-day war with Russia in 2008, the Kremlin recognized Abkhazia and South Ossetia’s independence, but only a handful of other states followed suit.

Members of the Abkhaz team used Russian passports to travel, but those who obtained their travel document after 2008 had a stamp placed in their passports noting that they were issued at the Russian Embassy in the Abkhaz capital of Sukhum. Since Sweden does not recognize Abkhazia’s independence, those whose passports had such stamps were not issued visas. “At the very last moment the Swedish Embassy denied us,” Tumasyan said, adding that he had trouble fielding a full team.

Meanwhile, Lund, CONIFA’s president, acknowledged that the organization received a protest note from Azerbaijan’s government, calling for Nagorno-Karabakh to be excluded, given that the international community continues to recognize Baku’s authority over the territory. CONIFA declined the request, explaining that “people from each corner of the world should have the chance to play international football and to represent their culture,” according to Lund.

While the players were happy to be competing in Sweden, many were entertaining thoughts of something grander, someday playing in FIFA tournaments. Taimuraz Tebiev, a 19-year-old goalkeeper for South Ossetia, a team that made it to the semifinals, believes success in CONIFA could lead to eventual acceptance by FIFA.

“I thought that winning the World Cup would have helped us to be part of FIFA,” Tebiev said. “But this was our first tournament, our national team just played once against Abkhazia in Sukhum last September. … We will train and I really hope we will win the next one!”

Among the sparse crowds was at least one scout. Sergey Azizov, who immigrated to Sweden from the southern Russian region of Dagestan in the mid-1990s. He now operates a football academy in his adoptive country, and is always on the lookout for fresh talent. “Even if the teams are not winning, there are many individual players who are excellent,” Azizov said.