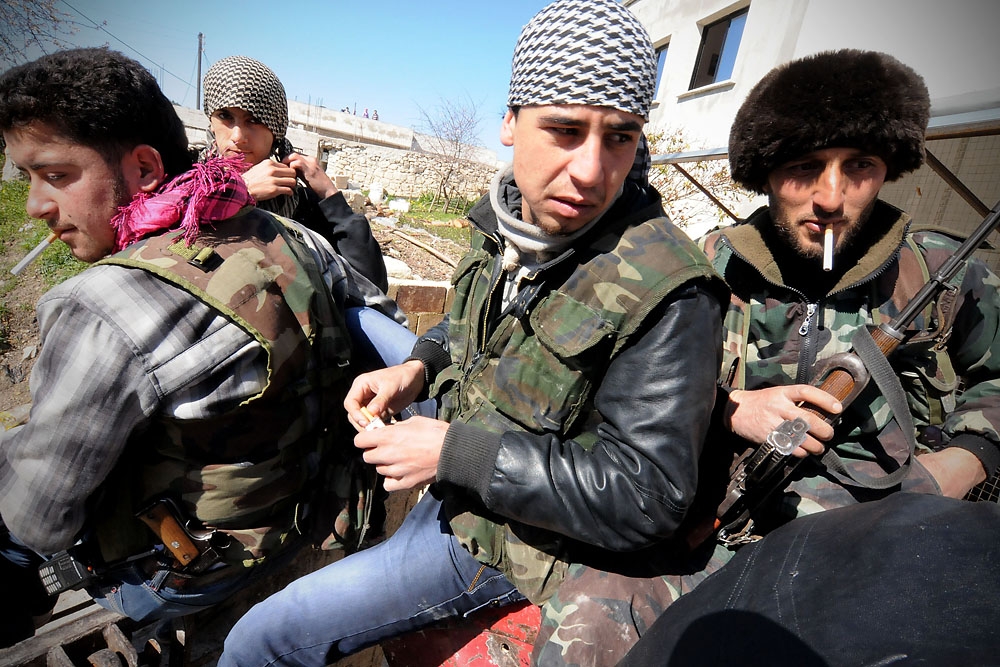 Free Syrian Army fighters deliver supplies on a tractor to other rebels on the front line near the border with Turkey. 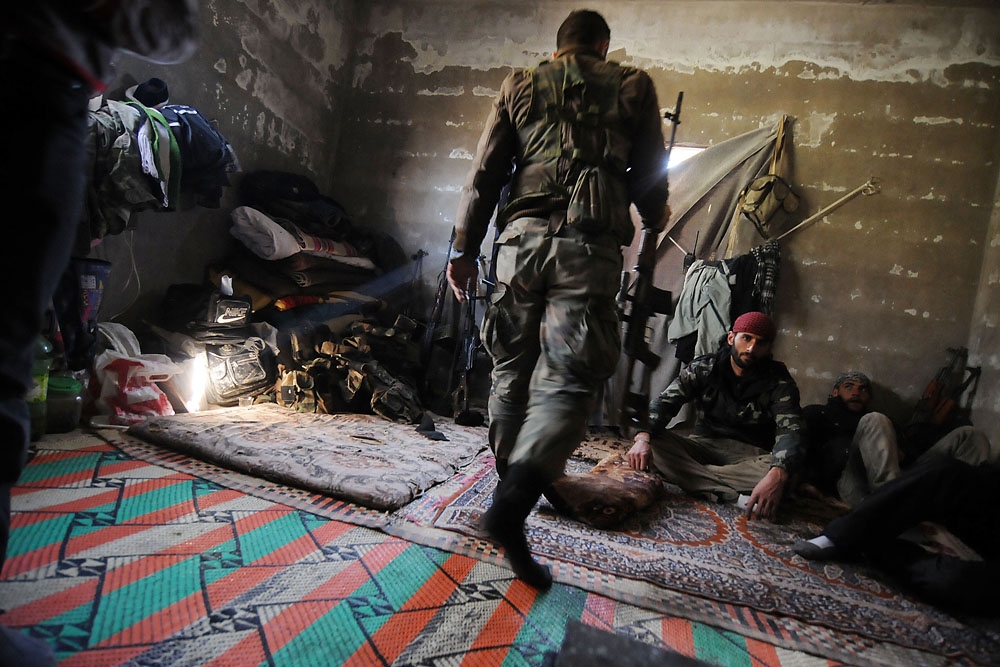 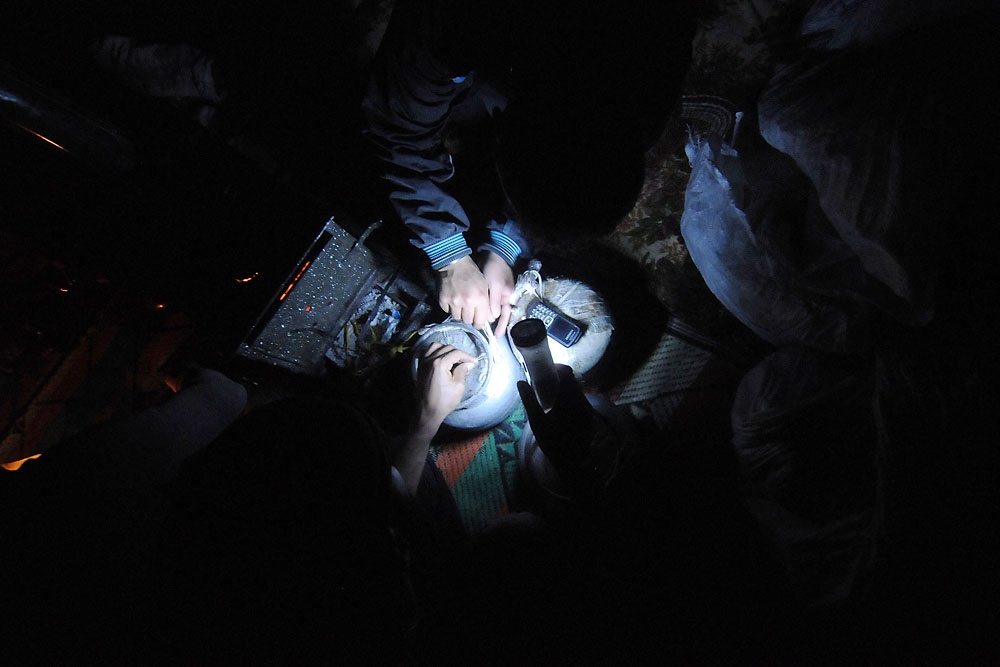 During the evening rebels prepare improvised explosive devices they plan to use against government tanks. 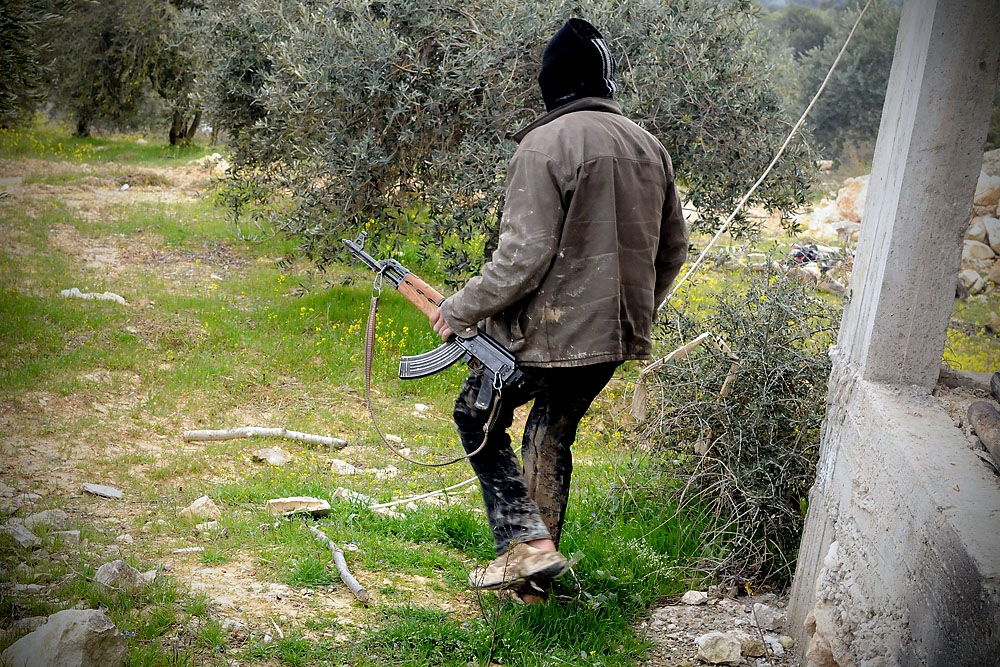 Free Syrian Army forces retreat to the safety of the Turkish border after suffering a defeat in the Syrian city of Idlib. 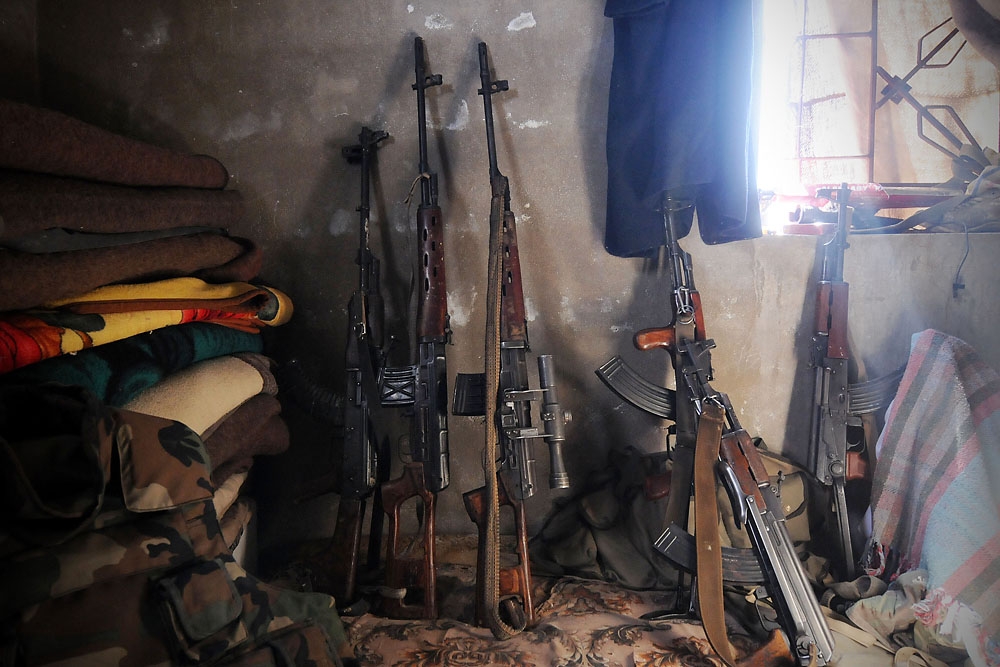 Weapons belonging to FSA troops are propped against a wall during a lull in the fighting near Al Janoudia. 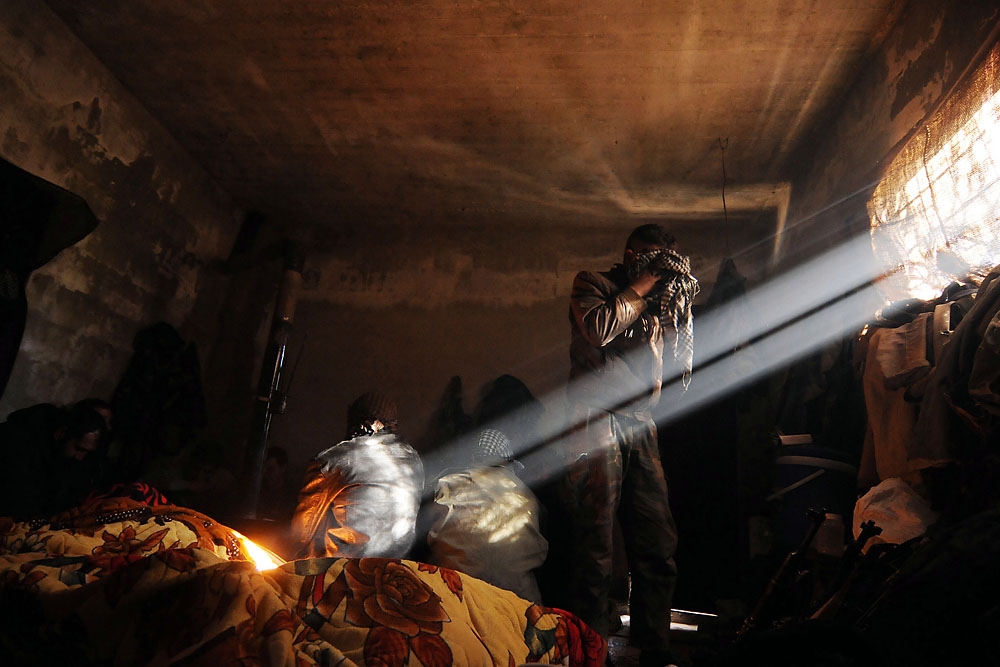 FSA rebels drink tea and wash up in the early morning in their defensive position.
prev
next

You can’t blame people for being skeptical about the recently brokered US-Russian deal to contain the Syrian regime’s chemical weapons. But when it comes to Syria, there are no clear choices. There’s a lot not to like about either President Bashar al-Assad or the rebels who are trying to oust him.

For much of the Syrian conflict, Western powers, along with the Western press, have seemed to root for the rebels. Vladimir Putin’s Kremlin, meanwhile, has been unflinchingly supportive of Assad’s regime.

Putin has taken a beating in the US and European press for his support of Assad, whose security forces have used chemical weapons against their own people. But Putin’s position can’t be viewed in a vacuum. Russia is making a strategic calculation that the status quo is ultimately better for Syria and, more broadly, the Middle East than the triumph of a militantly Sunni rebel force. That doesn’t mean anyone is blind to Assad’s actions; he’s plainly a repugnant guy. All it means is that Putin thinks the Middle East will be more stable, and Russia’s interests will be better served, if Assad remains in place.

With each passing week, it gets harder to find a hole in Putin’s strategic calculation. There is an increasing number of reports about the Islamization of the conflict. It also is apparent that the rebels are incapable of uniting under one banner. Thus, for US and European leaders siding with the rebels in the hopes that they can usher in a new democratic era in Syria is becoming an increasingly tricky proposition. Sticking with this course risks a re-run of the Afghan experience, when the United States armed Mujaheddin forces to fight the Red Army, only to drop the ball after the Soviet withdrawal and pave the way for the rise of modern-day Islamic radicalism.

Journalists covering Syria should know better than anyone about the unsavory aspects of both sides in the conflict. Since the beginning of the war, both the Syrian government and, now, portions of the rebel opposition have targeted journalists. According to an estimate by the Doha Center for Media Freedom, about 110 professional and citizen journalists have lost their lives in the Syria conflict. In addition, journalist abductions have become a common occurrence. As many as 15 journalists are believed to be missing inside the country right now.

I have first-hand experience with Syria’s nastiness. Overall, I made three trips into Syria to cover the conflict – twice in 2012 and once earlier this year. That third time was not a charm: I am lucky to be alive today. It also opened my eyes about the rebels and their cause.

The third trip, undertaken with the assistance of smugglers, took me across the Lebanese border into rebel-held territory near Damascus. I based myself in Yabrud, a town about 50 miles north of the Syrian capital. At the time of my arrival, Yabrud was targeted by government forces using coordinated air and artillery strikes.

On April 29, two days before I was supposed to return to Lebanon, I told my fixer that I wanted to check out the southern front of the rebel enclave, about 20 miles north of Damascus. My trip south did not go unnoticed. I was traveling in a pickup truck with my two fixers, a rebel officer and one of his men. Not far from the town of Rankos, we were stopped at a checkpoint and a trap closed on me. Five heavily armed masked men surrounded the pickup car and dragged me out of the vehicle. I was pushed down on my knees, then handcuffed and blindfolded. Shortly thereafter, one of my abductors separated me from the rest of the group and pretended to execute me with a handgun in order to break my will to resist. That accomplished, the armed men proceeded to drive me and my two fixers to an undisclosed location.

I learned that my kidnappers were Islamist rebels. They kept me blindfolded and handcuffed to a bed for three weeks, until I was moved to another location roughly 500 yards away. I was kept there for a short time under constant guard. Then, for another two months, I was held inside a larger house that often came under heavy shelling by government forces.

To survive, I tried to integrate into the everyday lives of my captors. My situation improved somewhat over time: I learned their language, helped them cook, told them about life in the Western world, and even taught a rebel leader how to swim in a backyard pool. Still, every day I had to endure with the knowledge that my life could end at any moment.

In the end, I was fortunate. After three months of captivity, a ransom was paid and I was released. A Syrian man close to the Assad regime paid my ransom; his men got me out of the rebel zone and hid me inside Damascus for 24 hours, before driving me back to Beirut in the trunk of a car. The Syrian man in question, an influential parliamentary member, a man blacklisted by the EU for his ties with the regime, helped me as a goodwill gesture. In effect, in buying my freedom, he was trying to buy his own way out of a tough predicament.