Syrian Refugees Grapple with Adapting to Life in Abkhazia 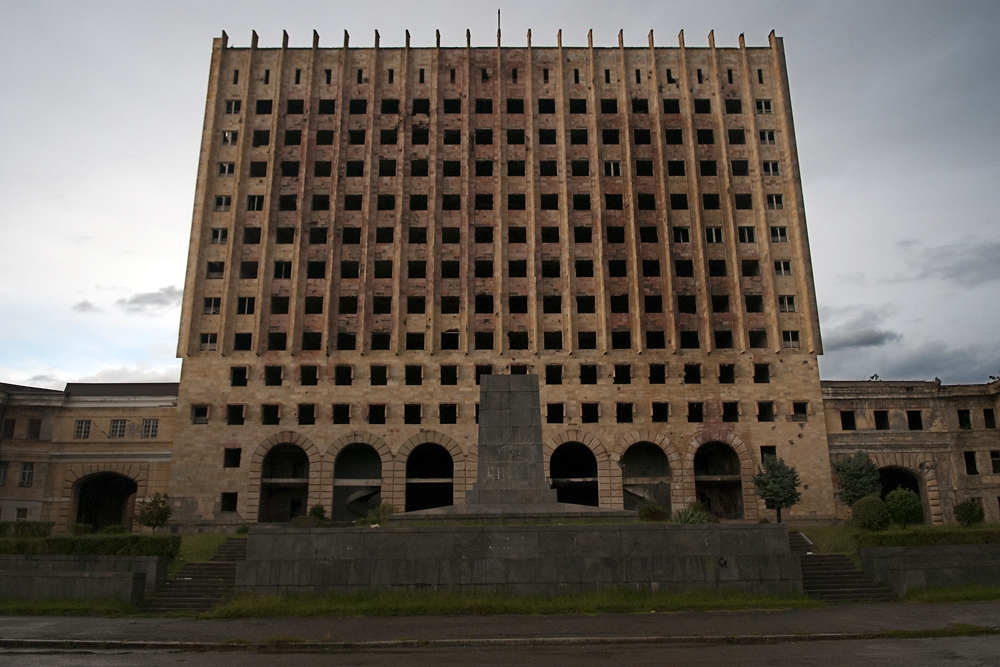 In 2013, as Syria’s civil war raged, 23-year-old Samar Abaza opted, like hundreds of thousands of his countrymen, to flee his home for safety abroad. Yet unlike most of the estimated 2.5 million Syrians who are now refugees, Abaza sought to build a new life in Abkhazia, another contested land.

The de-facto government of this breakaway, Black-Sea region claims that since May 2012 it has welcomed some 490 Syrians of Abkhaz descent. While some of the refugees told EurasiaNet.org they are adapting well in the tiny, sub-tropical territory, others are finding it a difficult adjustment.

Most returnees are descended from the makhadjiri, predominantly Muslim rebels who fled to the Ottoman Empire from Russia’s North Caucasus during the mid-19th century. After separating from Georgia in 1992, Abkhazia made repatriation of this ethnic Abkhaz Diaspora a priority to bolster the territory’s population, which was depleted by the mass exodus of ethnic Georgians during Tbilisi’s 1992-1994 conflict with Abkhaz separatists.

Today, ethnic Abkhaz allegedly make up just over half of the region’s self-declared population of 240,705, according to the de-facto Office of Statistics. With unemployment high and living standards low, getting Diaspora Abkhaz to return and stay has been a hard sell -- unless the alternative is life in a refugee camp. “The conflict in Syria made them decide to come faster,” conceded Inar Gitsba, head of Abkhazia’s de-facto Ministry of Foreign Affairs’ Turkish and Middle East Department. “But they always had the idea to come back to their homeland.”

Gitsba, who has made two trips to Syria, believes there may be upwards of 5,000 ethnic Abkhaz in Syria, although he admits that making an accurate count is difficult. Unlike in Turkey, no Abkhaz organizations exist in Syria, as the Abkhaz typically live in mixed communities with other North Caucasian exiles, he said.

Local community leaders helped spread the word about the Abkhaz offer of refuge. According to de-facto Abkhaz Deputy Foreign Minister Irakli Khintba, Russia also helped by arranging a charter flight from Beirut to Sochi and by reducing six-fold the cost of a Russian visa. Abkhazia has no functioning airport, so the returnees were flown to Sochi and then bussed to a seaside hotel complex in the Abkhaz capital, Sokhumi. The hotel once housed United Nations observers.

To help their Syrian compatriots integrate, Abkhazia’s de-facto authorities established a “Repatriation Fund.” So far, it has disbursed approximately $1.5 million since 2012 on housing, education and financial assistance for refugees. Today, all Syrians are living in rented apartments in Sokhumi and surrounding areas and receive monthly stipends of 10,000 rubles ($280).

“That’s 10 times more assistance than locals get,” commented Aliona Kuvichko, director of Association Inva-Sodeystvie, a local non-governmental organization focusing on rehabilitation of the physically disabled. While Kuvichko supports the return of Diaspora Abkhaz, she questions the fairness of the handouts. “Pensioners may begin to resent this,” she explained.

Yet even with such a comparatively high level of assistance, many Syrians are finding it difficult to assimilate. “The most difficult things is [sic] language. You cannot integrate into the community without it,” said the English-speaking Abaza, who had to end his university studies because of Syria’s civil war. “Now, the most important thing [is] finding a real job. I want to start a family here.”

Abkhazia’s de-facto government provide Syrian refugees Abkhaz language lessons, although few of the Syrian arrivals see the merit of struggling to master the language’s 62-character Cyrillic alphabet when Russian is easier to learn and more commonly spoken in Abkhazia.

But knowing Russian does not guarantee work, underlined Ruslan Khainagua, a native of Damascus who left Syria before the civil war began in 2011. Despite a degree in tourism and hotel management, Khainagua, who came to Abkhazia via Russia, cannot find work in touristy Sokhumi and gets by on his monthly allowance.

For 26 year-old Aws Marshan, though, repatriation is a dream come true. Marshan, a dentist, is one of a handful of young Syrian professionals who quickly found work despite the language barrier, and have grown more used to Abkhaz society. “My grandfather was born here and left when he was a child,” recollected Marshan. “He always talked dreamily about his homeland and I’ve wanted to come here since I was a child.”

Abkhazia’s disputed status does not appear to faze these Syrians, many of whom come from the United-Nations-maintained demilitarized zone between Syria and Israel in the Golan Heights, territory Israel captured from Syria in 1967. Marshan believes that Russia’s 2008 recognition of Abkhaz independence helped bring the Syrian-Abkhaz back.

Unlike many Turkish Abkhaz who remain hostile toward Russia for its repression of the makhadjiri, Syrians, he says, don’t hold Russian President Vladimir Putin responsible for that past. Similarly, they claim no ill will toward Georgians since they do not share the strong collective Abkhaz memory of the 1992-1994 war with Tbilisi.