Authorities pinned the assault on the Islamic State group. 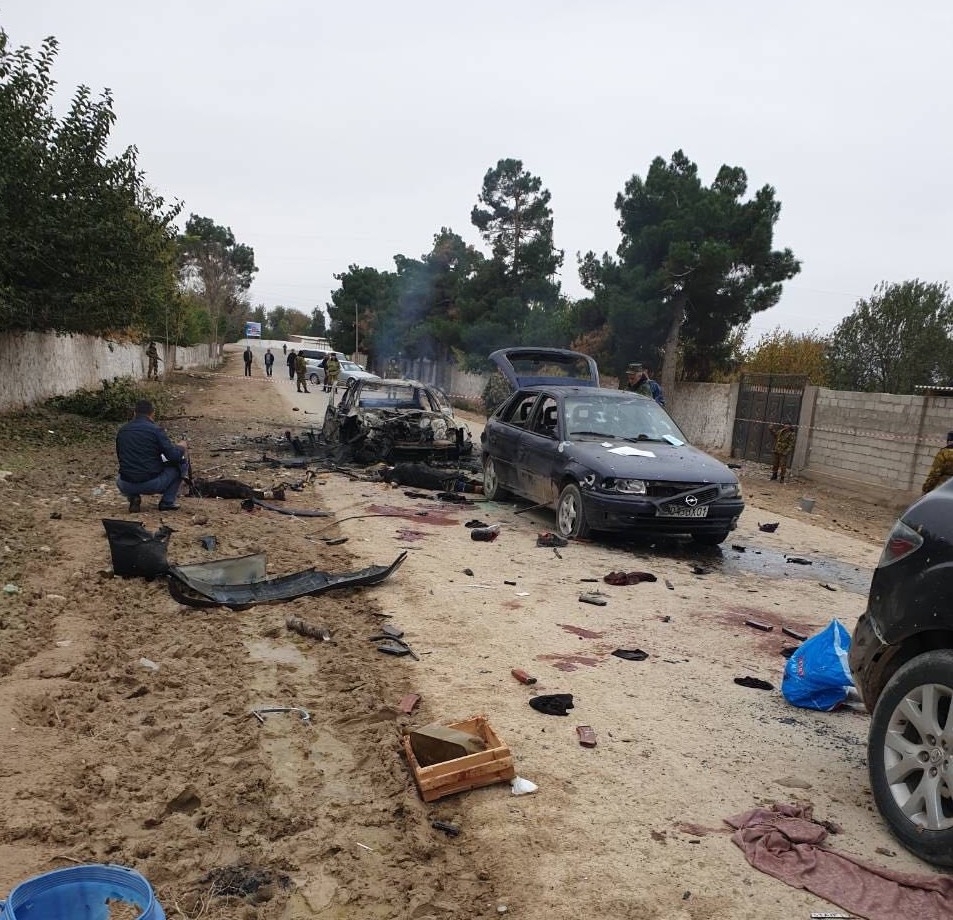 The scene at the site of the clash. (Photo: Interior Ministry)

Security officials in Tajikistan have said that a group of 20 militants that launched a nighttime attack on a border outpost near Uzbekistan was largely thwarted in a clash that claimed 17 lives.

Fifteen attackers and two government security personnel – a border guard and an Interior Ministry officer – were killed in the fighting, which occurred at around 3 a.m. on November 6, the border guard service said in a statement. At least four men have been detained, officials said.

The border guard service have said the assault, which is said to have occurred at a spot around 80 kilometers west of the capital, was carried out by a group of militants loyal to the Islamic State group. The attackers crossed into Tajikistan’s southern Qabodiyon district from Afghanistan under cover of night on November 3 and scouted possible targets for an attack, the officials said. This intelligence is said to have been obtained from interrogations of detainees.

No details were provided as of midday on November 6 about the exact identity of the group members.

Photos accompanying the statement on the incident show an open stretch of road with burned-out vehicles and the charred and bloodied bodies of several of the alleged assailants.

The border guard service said in a statement on the incident that the assailants seized five firearms at some time before or during the clash.

The alleged fighting took place on the eve of Constitution Day, a major holiday in Tajikistan. Security had already been tight in the capital in light of the festivities.

The Tajik government has repeatedly warned that national security is under intense threat from militant groups inside and outside the country. Afghanistan, which shares a long and porous border with Tajikistan, is cited as the most imminent source of danger.

The most recent high-profile, militant-linked killing occurred in July 2018, when a group of young men loyal to the Islamic State group used a car to ram a group of foreign touring cyclists, killing four.

The government pinned a subsequent series of deadly prison riots, which claimed dozens of lives in the aggregate, on the Islamic State.

Trouble on the Uzbek-Tajik border is also likely to add a chilling note to a week that had brought encouraging news on bilateral relations.

Media have reported that the governments of Tajikistan and Uzbekistan have arrived at a preliminary agreement to resolve their outstanding disagreements about the delimitation of their shared 1,312-kilometer border.

This deal would have marked the pinnacle of three years of improving ties, which has seen the reopening of a dozen or so border crossing between the two nations.

This article was updated to reflect developments.