All opposition figures have to date been marginalized, imprisoned or hounded out of the country. 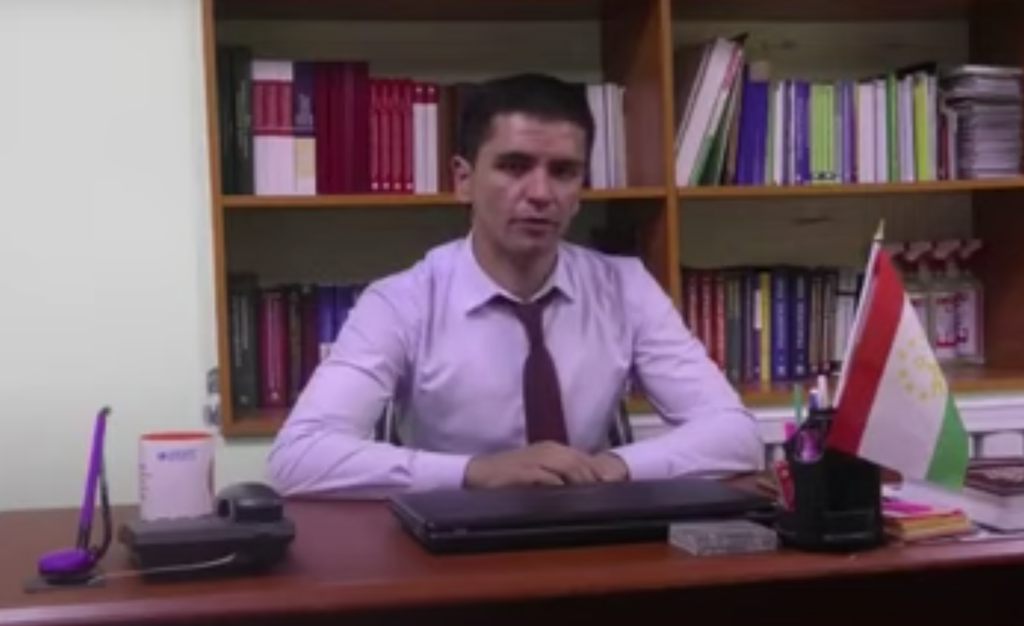 Faromuz Irgashev in a screenshot from a campaign video

When Tajikistan voted in a 2016 referendum to lower the age threshold for presidential candidates to 30 years, it was generally assumed that it was done to enable a run by the incumbent’s son, 32-year old Rustam Emomali, now the mayor of Dushanbe.

But if Emomali has any ambitions to become head of state, he has decided to put them on hold for now. His father, Emomali Rahmon, 67, was on September 3 formally nominated as a candidate for the fifth time by his People's Democratic Party of Tajikistan.

Another young pretender has, however, seized upon the change in rules. Faromuz Irgashev, a 30-year old lawyer from the Gorno-Badakhshan Autonomous Region, or GBAO, has stated his intent to run because of his frustration at seeing citizens having their rights trampled by law enforcement.

“During my seven years of professional activity in Khorog and other parts of the Gorno-Badakhshan Autonomous Region, I have witnessed injustice being meted out by law enforcement officers against ordinary people. They abuse their powers and have turned the civil service into a private concern,” Irgashev said in a YouTube video announcing his planned run.

The chances that Irgashev will even be able to get onto the ballot for the October 11 vote are vanishingly tiny, but the appearance of a potential candidate voicing actual criticism of the ruling order is remarkable in itself. Before he even has a chance to compete in the election, he will need to collect signatures from at least 5 percent of eligible voters. According to the most recent available data, there are around 4.9 million people in Tajikistan eligible to vote.

Little is known yet about Irgashev, but if his run as an independent is the real deal, there are grounds to be concerned for his well-being. Nearly all genuinely opposition politicians have been either run out of Tajikistan or jailed.

When one-time elite insider and businessman Zaid Saidov stated his intent to get into opposition politics in 2013, he was quickly arrested and then sentenced by a kangaroo court to almost three decades in prison on multiple charges, including rape, fraud and polygamy.

Either way, Rahmon will win the election, which is being held only because it is a technical requirement of Tajikistan’s pretense to being a democracy.

Under his bespoke title of Leader of the Nation, Rahmon is permitted to run for unlimited number of terms, although there had been some lingering doubt until last month that he might make way for his son, Emomali, who is also speaker of the Senate.

Five out of Tajikistan’s seven legally registered political parties have put forward a candidate. Those candidates will all refrain from actual campaigning, perhaps other than to praise Rahmon. The nomination season is to close on September 5, when the Communist Party, another of the toothless pro-government pocket parties, puts forward their man.

The Social Democratic Party, an extremely weak and marginal but somewhat oppositional group, has declined to nominate a candidate, arguing that to do so would lend the ballot unearned legitimacy.