Gadoyev’s return to Europe followed weeks of vocal petitions by his colleagues. 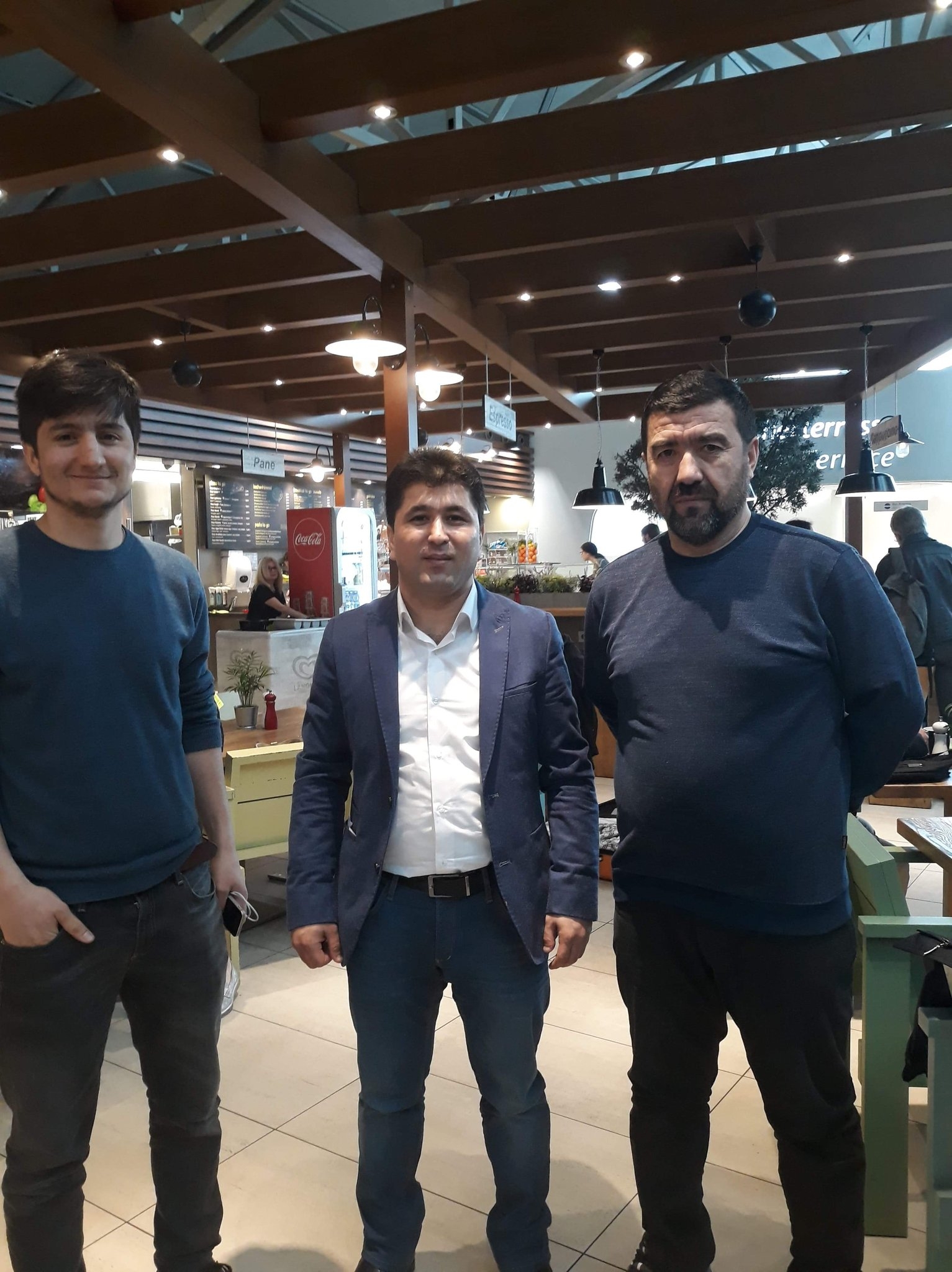 In a striking departure from custom, Tajikistan allowed an opposition activist whose abduction it engineered two weeks ago to leave the country and return to the Netherlands, where he enjoys political asylum.

Sharofiddin Gadoyev’s arrival on March 2 in Frankfurt, from where he was expected to travel to Amsterdam, followed two weeks of vocal public appeals from colleagues and rights activists for his release.

Gadoyev flew out of Dushanbe with Somon Air, a carrier known to be controlled by a close relative by marriage of President Emomali Rahmon. He was accompanied on the flight by his mother and sister, as well as former companions in the Group 24 opposition movement he helped found.

On arrival at Frankfurt Airport, Gadoyev thanked his supporters in a video appeal uploaded live to the internet.

“It is thanks to you that I am able to speak in a free and calm atmosphere,” he said.

Gadoyev said he would soon make a further statement to explain how he came to be in Tajikistan in the first place.

The circumstances that led to Gadoyev’s sudden appearance in the Tajik capital, Dushanbe, on February 15 are still shrouded in mystery. The most detailed accounts have been collaborated by international rights groups, who spoke with the activist’s colleagues and other informed sources.

What is known is that Gadoyev traveled on February 13 to Moscow, where he had expected to hold meetings with Russian security officials. The rights groups say he was met by Russian intelligence officers at his hotel the next day and then driven to what he believed was to be an appointment. But unnamed sources told the rights groups that during the drive Gadoyev’s car was stopped by another car, also occupied by Russian security services personnel. He was bundled into the second car and then driven to Moscow’s Domodedovo airport and placed on a Somon Air flight to Dushanbe.

The Russian security service officers were allegedly able to sweep past passport control, which suggests they may have been affiliated with the Federal Security Services, the agency with oversight over border enforcement.

Once Gadoyev was transported to Tajikistan, he issued a series of seemingly choreographed statements to camera. He claimed he had returned willingly and lambasted his colleagues among the exiled opposition. Evidence later emerged strongly indicating he had been pressured into making the statements.

Appeals for assurances about Gadoyev’s wellbeing came from multiple sources.

Deputies in the European parliament, the Dutch parliament and representatives of the Dutch government made representations on his behalf. U.S. Deputy Assistant Secretary for South and Central Asian Affairs Alice Wells, who traveled to Uzbekistan and Kyrgyzstan this week, told Eurasianet that Washington was concerned about Gadoyev’s case and was “following the situation closely.”

Amnesty International published a petition online and urged the public to register its concerns with Tajikistan’s Prosecutor General, Yusuf Rahmon.

It is just as likely that some more explicit behind the scenes pressure had just as much of an effect. The head of Tajikistan’s state committee for investments, Farukh Hamralizoda met with the European Union’s envoy to Dushanbe, Marilyn Josefson.

Topics for discussion included Tajikistan’s pending inclusion in the Generalized Scheme of Preferences Plus, or GSP+, an arrangement that allows for participant nations from the developing world to be exempted from duties on their exports to the EU. Admission to GSP+ would enable more than 6,000 individuals items of tradable goods from Tajikistan to qualify for tariff exemptions.

As a condition for qualification, however, the EU is demanding that Dushanbe adhere to a long list of international conventions and protocols, including some provisions touching on human rights.

The Foreign Minister of Luxembourg is expected to travel to Dushanbe on March 4 to hold more talks on GSP+. Some commentators following the Gadoyev saga have speculated that his case would likely have been raised during those negotiations, inescapably to Tajikistan’s embarrassment.

Gadoyev should count himself the lucky one who got away. Tajikistan’s government is not new to abducting its exiled opponents, and Russia has readily assisted Dushanbe in perpetuating the practice.

Mahmadruzi Iskandarov, who was in the ranks of the opposition during the civil war in the 1990s, had sought refuge in Russia in 2004, but was kidnapped in April the following year and spirited away to Tajikistan. In October 2005, he was sentenced to 23 years in prison on terrorism and corruption charges.

Another Rahmon opponent, Nizomkhon Jurayev, likewise disappeared around March or April 2012 while living in Russia, where he had been battling extradition campaigns waged by Dushanbe. Some days after vanishing, he resurfaced in Tajikistan and claimed, as Gadoyev did on this occasion, that he had returned of his own accord. In an odd development, however, Jurayev gave testimony in 2014 in the criminal trial of yet another opposition politician. He then reportedly somehow fled the country and has been variously reported as being in hiding in Kyrgyzstan and Ukraine.

Maksud Ibragimov, a young Russia-based opposition activist, was stabbed in Moscow in late 2014. Weeks later, he was forcibly deported to Tajikistan, where he was charged with extremism and imprisoned for 17 years.