Tajikistan admits to pneumonia crisis, but not coronavirus

Officials say 136 medical workers at one hospital have been diagnosed with the respiratory illness. 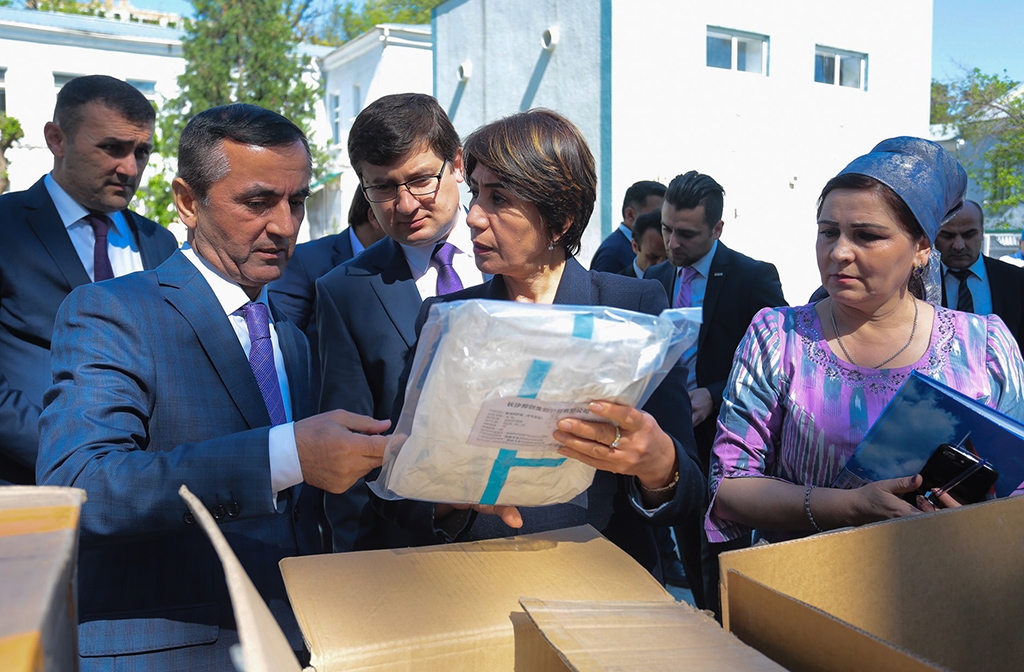 Tajikistan has finally admitted it is in the throes of an epidemic. Not coronavirus, though. It is pneumonia that is said by health officials to be sweeping through the population.

Asia-Plus newspaper on April 27 cited the Health Ministry to report that 319 people had been diagnosed with pneumonia at one hospital alone, Dushanbe’s City Medical Center No. 1. Out of that overall number, 136 are health workers. Officials said at least 11 people had died, but they provided no timeframe.

A source in the Health Ministry has told Eurasianet on condition of anonymity that there are four medical facilities in Dushanbe alone brimming with patients suffering from the symptoms of respiratory illness, which could be pneumonia or something different.

There is an abiding suspicion mounting among the general public that the reported surge of pneumonia cases may, however, in fact be part of an attempt to cover up an outbreak of coronavirus, which the government insists has not been detected in Tajikistan.

The government has over several weeks transmitted mixed signals to the public. President Emomali Rahmon appeared to downplay concerns last month, when he suggested that Tajikistan was probably immune from the pandemic because people keep their homes clean. He changed his tune slightly last week, when he again stated there were no COVID-19 cases in Tajikistan, but that people should refrain from fasting during Ramadan to avoid weakening their immune system.

Things seemed to take another sharp turn on April 25, when Prime Minister Kohir Rasulzoda announced that schools would be closed until at least May 10. Theaters and cinemas will be closed, football games suspended and there are to be no mass gatherings until instructions to the contrary. In recognition of correlated food security risks, Rasulzoda also ordered a ban on the export of wheat, rice, lentils, peas, mung beans, eggs, potatoes and meat of all kinds. Units of Interior Ministry personnel have been dispatched across the capital and beyond to carry out disinfection of government buildings, sidewalks, streets and parks.

The public has in any event already been taking its own precautions, even without these measures being put in place. Normally crowded public places are people-free. Food courts typically rammed with customers during the evening breaking of the Ramadan fast are empty. People entering many banks and shops are required to wear masks and treat their hands with antiseptic gel.

A well-placed government official has told Eurasianet that rows of beds have been readied inside at least two sports halls in Dushanbe to accommodate any potential confirmed cases of coronavirus. Universities will be closed from May 1 and the buildings turned into makeshift containment facilities, the source said. The ad hoc facilities that have been prepared already are for now lying idle. Similar preparations are being made in other cities.

The treatment of people said to have died with pneumonia is only serving to deepen suspicion. It has become habitual for them to be buried by unidentified personnel in protective garb.

Tajikistan has, despite insisting on its coronavirus-free status, received dozens of millions of dollars in emergency aid from international organizations and foreign governments to respond to the crisis. The European Union alone has provided 64 tons of personal protective equipment for personnel at hospitals and quarantine facilities.

In spite of that, there is evidence that doctors are still being forced to buy their own protective gowns, at a cost of up to $20 a piece. The public has stepped into the breach. Eurasianet has learned that in the northern city of Khujand, residents have been raising money to provide staff at the Sughd Regional Hospital with hot meals and bottled water.

Relatives of prison inmates are also raising the alarm.

Shukhrat Rahmatullo, the son of a political prisoner, said that some inmates at the Vakhdat prison colony, which lies just outside the capital, have been hospitalized with respiratory illnesses of some description, possibly pneumonia.

But Mansurjon Umarov, the head of the prison service, denied that the prisoners had come down with pneumonia or any other grave condition, attributing the reports of sickness in the Vakhdat facility to an outbreak of tonsillitis.

"These prisoners fasted because of Ramadan, and in the evening, during iftar (the breaking of the fast), they drank cold water, after which they fell ill," Umarov said.

Around 50 people have also been hospitalized at the Dushanbe prison colony, according to relatives of an inmate there.

Reporters trying to learn more about the country’s epidemiological and food security situation have, meanwhile, come under fresh pressure. The London-based Index on Censorship said on April 27 that two journalists, Sitora Safarova and Sherali Davlatov of the weekly news outlet SSSR, were detained by police while reporting at a bazaar on preparations that people are making for any potential food shortages. The journalists were accused by police of “sowing panic,” the advocacy group noted.

It is uncertain how long the government will be able to cling onto its COVID-19 narrative.

A World Health Organization expert mission is expected to visit Tajikistan on May 1 as part of its broader regional efforts against the pandemic. Then again, the organization’s Dushanbe representative office has come in for much criticism from Tajik social media users for appearing to lend support to the government line.

Another deepening mystery in these weeks concerns the whereabouts of President Rahmon. He has not been seen in public since April 17, although he did deliver a televised speech on April 23 to extend holiday greetings to the public on the occasion of the start to Ramadan.

This unexplained absence, the lack of sources of independent information – the result of years of repression of non-state media outlets – and cases of sickness, also attributed to pneumonia, among prominent regime loyalists has already helped generate rumors about senior elite figures falling ill.

Asia-Plus reported over the weekend that the deputy chair of the ruling People’s Democratic Party of Tajikistan, Khairinisso Yusufi, and her daughter were admitted to an infectious diseases hospital in Dushanbe around or on April 18. The newspaper cited a source as saying that Yusufi’s daughter was in a serious condition, but it refrained from speculating about the nature of her illness.

It does not appear that Yusufi was among the lawmakers who attended the most recent public gathering attended by Rahmon on April 17, when the upper chamber of parliament voted to appoint the president’s son, Rustam Emomali, the chair of the Senate, in effect anointing him as the successor to the top job. Given the frequency with which top politicians are corralled en masse into formal ceremonies, however, the list of people who have had recent contact with Yusufi is likely to be long and include many members of the elite.

Unconfirmed scuttlebutt circulating in Dushanbe has suggested that several very high-ranking officials close to Rahmon have indeed already been placed in quarantine, although it is uncertain if this is for precautionary purposes or as a result of illness.