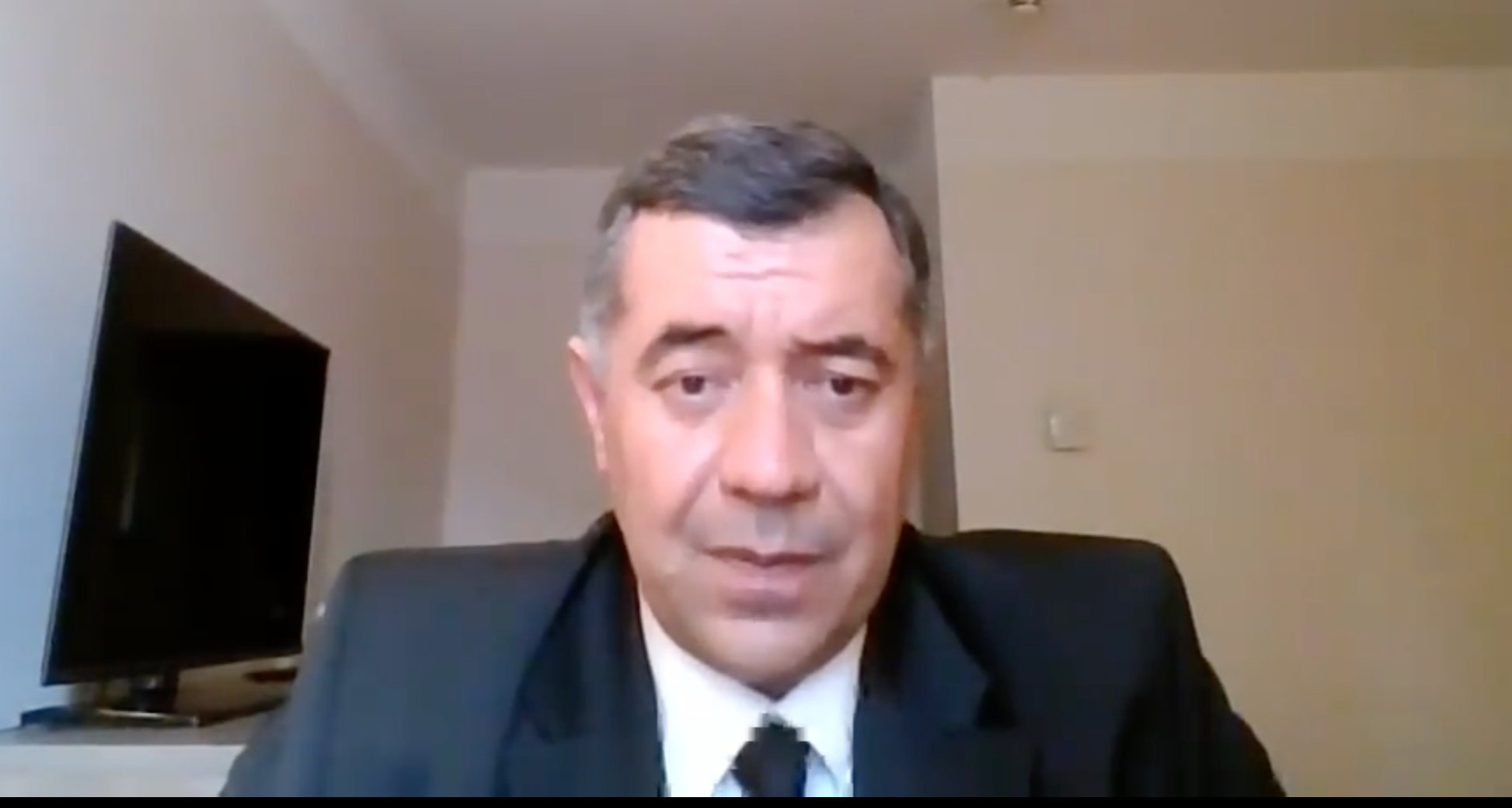 A man identifying himself as an officer with Tajikistan’s security services has claimed he was tasked with assassinating the self-exiled leader of a banned opposition party.

The sensational allegations could not immediately be confirmed, but within hours of the 16-minute video featuring the claim being uploaded to Facebook on August 22, the social media website was blocked inside Tajikistan. The video was also posted on YouTube, which has also been blocked. Officials in Tajikistan have not commented on the allegations.

The man, who identified himself as Mahmadali Rasulov, stated that he has been an officer with the State Committee for National Security, or GKNB, since 1997 and that he began his service posing as an activist in Russia. Online searches indeed confirm that Rasulov was once the head of a migrant rights group in Russia’s Krasnoyarsk krai, a region in the middle of the country.

Rasulov alleges that this February, GKNB chief Saymumin Yatimov began to devise a plot to assassinate Muhiddin Kabiri, who leads the banned Islamic Renaissance Party of Tajikistan, or IRPT, and who now enjoys political asylum in Europe. Rasulov likened the plot to the fate that befell another self-exiled political figure, Umarali Quvvatov, who was gunned down in Istanbul in March 2015.

Investigations into Quvvatov’s murder ultimately proved inconclusive, although most observers of Tajikistan’s decline into deep authoritarianism strongly believe the government was involved.

Rasulov said he traveled to Europe several times to run surveillance operations on Kabiri and his children.

“Our task was to collect information. For the murder of Muhiddin Kabiri, we would of course have had to bring specially trained employees over to Germany. And let me assure you that the plot to kill Muhiddin Kabiri is still in place. Until this happens, the country’s leadership and at the leadership of the GKNB will not rest,” Rasulov said in his video.

Rasulov said that his decision to resign from the GKNB was prompted by his unwillingness to get involved in a murder plot. It is unclear from what location Rasulov was making the video appeal, although he stated that he is in an undisclosed location in Europe.

In another section of his account, Rasulov claims that infighting now apparently taking placing between members of the exiled opposition are the fruit of a GKNB operation.

The Tajik authorities have to date focused on legal means to get their hands on Kabiri, who has been outside the country since 2015, following a likely inexistent armed coup attempt in September that year. Law enforcement officials issued a warrant for his arrest through the auspices of Interpol. But in March, Kabiri was removed from the Interpol wanted list following a legal campaign.

Rasulov said he met personally with Kabiri and other Tajik opposition figures based overseas — including Sharofiddin Gadoyev and Temur Varki.

“To some, I passed on the proposal from the authorities that they return to their homeland [of their own will]. I have to say that they were prepared to return and only advanced one condition. They said that if the authorities freed all political prisoners, then they would return to Tajikistan within one day,” he said.

Kabiri’s team have confirmed that Rasulov met with him.

In a follow-up message after posting his video online, Rasulov said that police in his native Panjekent disrict, in northern Tajikistan, had summoned his brother and elderly father for questioning.