Tajikistan and its terrible, horrible, no good, very bad internet

Tajikistan’s internet continues to get slower, ranking among the worst in the world. The state’s censors and their self-dealing appear to be the reason. 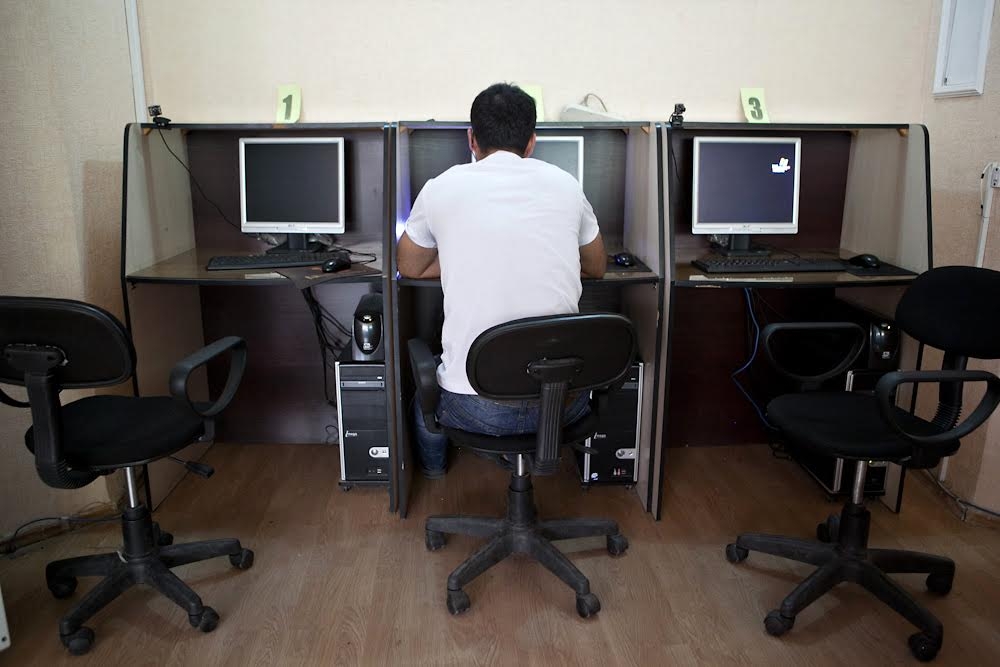 Tajikistan’s mobile internet speed ranks as the slowest in the world, according to one analytics company. (David Trilling)

At the start of this year, the internet in Tajikistan did something even the most jaded pessimists could barely have imagined possible. It got worse.

Speeds are dropping. The government continues to engage in bouts of censorship, depriving users of access to their favorite websites. From time to time, social media websites like Twitter, video-hosting platform YouTube and local news sites Asia-Plus and Avesta are blocked.

The tech-savvy circumvent blockages with virtual private network, or VPN, applications. Engineers responsible for enforcing the censorship have got better at disabling those too, however. Even when VPNs do work, the speeds are so poor that browsing becomes a near-pointless slog.

Another set of popular resources that has become routinely unusable are messaging apps, such as WhatsApp, Viber and Signal. On most connections, only by making calls late at night is it possible to have a conversation for any useful duration.

Private internet service providers, or ISPs, say they are at a loss to explain what is happening to the messaging apps. Some speculate that these too have somehow been blocked.

One possible root cause is seen in the call made in January by the head of the tax committee, Nusratullo Davlatzoda, for a levy be slapped on voice calls made with the apps.

It is unclear how this would work in practical terms, since the bulk of calls made through functions like WhatsApp are free of charge for people hooked to the internet or on a data package. One presumed fix would be to somehow calculate the volume of outgoing and incoming data being consumed on calls and devise a charge on that basis.

Davlatzoda has said that a proposal to this effect has been presented to parliament by his office. When quizzed by reporters about how the levy would be measured, he responded that this would all eventually be made clear. But only after the legislation is adopted, he added.

The industry knows no scourge greater than the State Telecommunications Service.

This would-be regulator is surely like none other in the world. In addition to devising and enforcing the rules, it also operates the state-run phone and internet company Tojiktelecom. This company in turn runs a nebulous centralized data spigot called the Unified Electronic Communications Switching Center, or EKTs in its Russian-language acronym.

Changes to the rules at the start of 2018 radically enhanced Tojiktelecom’s earning power. Citing vague security concerns, the government deprived local fixed-lined and mobile service providers of the right to buy data traffic from neighboring countries. Instead, ISPs were required to buy their data from Tojiktelecom. This has given the company a suffocating degree of leverage over its privately owned peers.

All the people that spoke to Eurasianet for this story did so on condition of anonymity for fear of reprisals.

A manager at one local ISP said that Tojiktelecom has since the start of 2019 been pressuring providers into buying larger packages of data. The company’s monopoly status makes this child’s play.

“The regulator puts pressure on us by reducing the speed of the internet, and blocking websites and some resources,” the manager told Eurasianet.

Another source, a representative of a mobile company, has told Eurasianet that Tojiktelecom demands a rate two or three times higher than what partners in Kyrgyzstan and Uzbekistan used to charge for internet data.

Tojiktelecom has declined to provide the same information, citing the need for commercial secrecy.

This whole situation is almost universally laid at the feet of one man – the head of the communications regulator, Beg Sabur (né Beg Zuhurov).

Sabur has been in the job since 2011, but his position was truly consolidated in 2015, when his son Ramz married one of President Emomali Rahmon’s daughters, Zarina. He has not looked back since.

It was in December of that year that the EKTs came into being. The way this system is described by Tajik officials is intended to convey the impression that it is somehow analogous to Russia’s SORM, a powerful filtration mechanism used by security services in several post-Soviet countries to keep tabs on online-based content and exchanges.

Immaterial of whether Tajikistan is truly equipped with this state-of-the-art data-monitoring node, its stated existence has empowered the telecommunications regulators to charge mobile companies a 20 dirham ($0.02) flat fee for every incoming and outgoing international call. Seeing how hundreds of thousands of Tajiks live abroad for work and rely on the phone to keep in touch with family back home, that makes for a healthy chunk of change. This money is then purportedly parlayed into maintenance of this system.

Other restrictions have proven similarly lucrative to well-positioned businesspeople.

Last year, Sabur ordered his staff to inspect Wi-Fi routers at public venues like cafes and restaurants. His agency explained that the check was motivated by their wish to protect public health.

"Sometimes we are seeing the use of Chinese routers that are harmful to people’s health. Our responsibility is to prevent this,” one unnamed telecommunications service official told local media.

It later emerged that businesses offering public Wi-Fi were being compelled to source their internet from a provider called Oshno-Group. The same outfit was also behind the paid Wi-Fi terminals that sprung up around Dushanbe.

It is not so rosy for others in the industry.

At the end of the tunnel, more darkness

According to calculations by the International Telecommunication Union, a UN agency, total bandwidth in Tajikistan stood at around 10 gigabits per second in 2015. By 2017, that had dropped to 4.15 gigabits per second. In all Central Asian nations, the trend has gone sharply in the other direction.

The deputy head of the telecommunications service, Ilhomjon Atoyev, will not hear any of this. At a press event on January 28, he said that as of the coming March, Tajikistan’s bandwidth was set to increase from 20 to 50 gigabits per second. He added, for safe measure, that it had doubled this past year alone.

Anybody with an internet connection in Tajikistan knows this to be unadulterated nonsense. In fact, in January one internet analytics company ranked Tajikistan’s mobile internet speed the slowest in the world.

Industry experts warn that no improvement should be expected any time soon. One telecommunications analyst with a granular understanding of the workings of the state regulator told Eurasianet that nobody in government feels any strong incentive to shake things up.

“The EKTs have been up and running for more than one year. The fall in revenue continues and now add to that the fact that the internet is getting slower and the range and quality of services is in decline,” the analyst said.

The body with the ultimate power to fix something would be the telecommunications monitoring council in the presidential administration.

“Back in 2011, the council had two sessions chaired by the president of Tajikistan himself. Pressing issues on industrial policy were discussed. Experts expressed their opinion about various matters,” the analyst said. “But since 2012, the council has held no hearings and the industry has been in constant decline.”