These gifts do not come without strings attached, however. 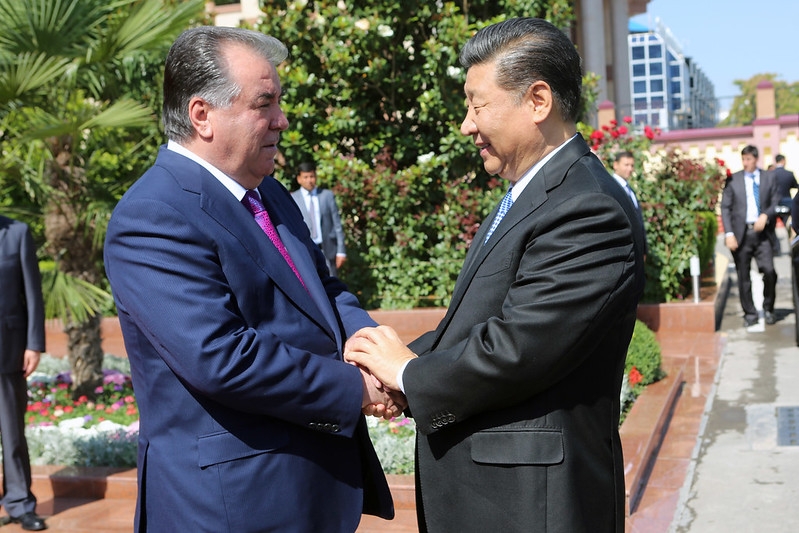 On October 30, lawmakers ratified an agreement approving a grant from China worth $360 million. The funds have been earmarked to upgrade a highway from Kulob to Bokhtar and reconstruction of part of a lengthy, cross-country stretch of road linking Dushanbe to Kulma, which lies on the Chinese border.

Asia-Plus newspaper cited Economic Development and Trade Minister Negmatullo Hikmatullozoda as saying that the grant agreement was signed during the visit of Chinese President Xi Jinping to Dushanbe in June. Hikmatullozoda stated that $35 million would go toward the Kulob-Bokhtar project, but he gave no figures or details about Dushanbe-Kulma section.

At present, the amount borrowed by Tajikistan from China for the completion of state investment initiatives stands at around $1.5 billion, which is equivalent to more than 52 percent of total public debt.

This latest money is ostensibly a freebie, although gifts from China have in the past always tended to come with strings attached.

On October 22, RFE/RL’s Tajik service, Radio Ozodi, reported that Xinjiang-based company TBEA had has been granted generous tax exemptions by Tajikistan’s government on equipment and technology being imported to develop the Upper Kumarg and Eastern Duoba gold mines.

The concessions to develop those mines were also giveaways from the Tajik government, granted in return for the clearance of debts owed to TBEA. The company mainly used its own funds to build the 400-megawatt TETs-2 power plant in Dushanbe.

Also, earlier this month, parliament voted to exempt another Chinese company, Kashgar Xinyu Dadi Mining Investment, from all types of taxes and customs duties for a period of seven years. The miner was in June granted development rights over a silver deposit in the high-altitude Pamir region.

Another much-trumpeted Chinese grant appears to have fallen by the wayside, however. Beijing had previously pledged to provide $350 million for the construction of new parliament and government complex in Dushanbe. The buildings that were on the proposed building site were razed more than a year ago, but no construction has yet got underway.