Government troops are rumored to have been dispatched to quell the trouble. 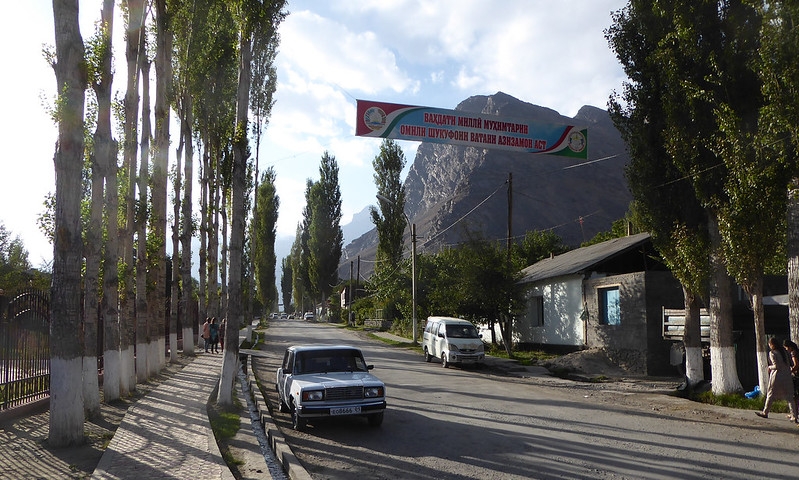 While the government in Tajikistan continues to battle its coronavirus outbreak, it is being forced to contend with grumblings of public discontent in its sometimes-restive Pamirs.

Hundreds of residents in Rushan, a mountain town about 10 hours’ worth of arduous driving east of the capital, Dushanbe, emerged onto the streets and gathered before the local security service headquarters on May 25 in an unusual show of defiance. Government forces reportedly fired shots in the air, but the crowd refused to be cowed.

Rumors circulated on social media early on May 27 that Interior Ministry special troops had been sent to the area to quell any possible unrest, although Eurasianet’s contacts in Rushan had reported seeing no such reinforcements as of midday. 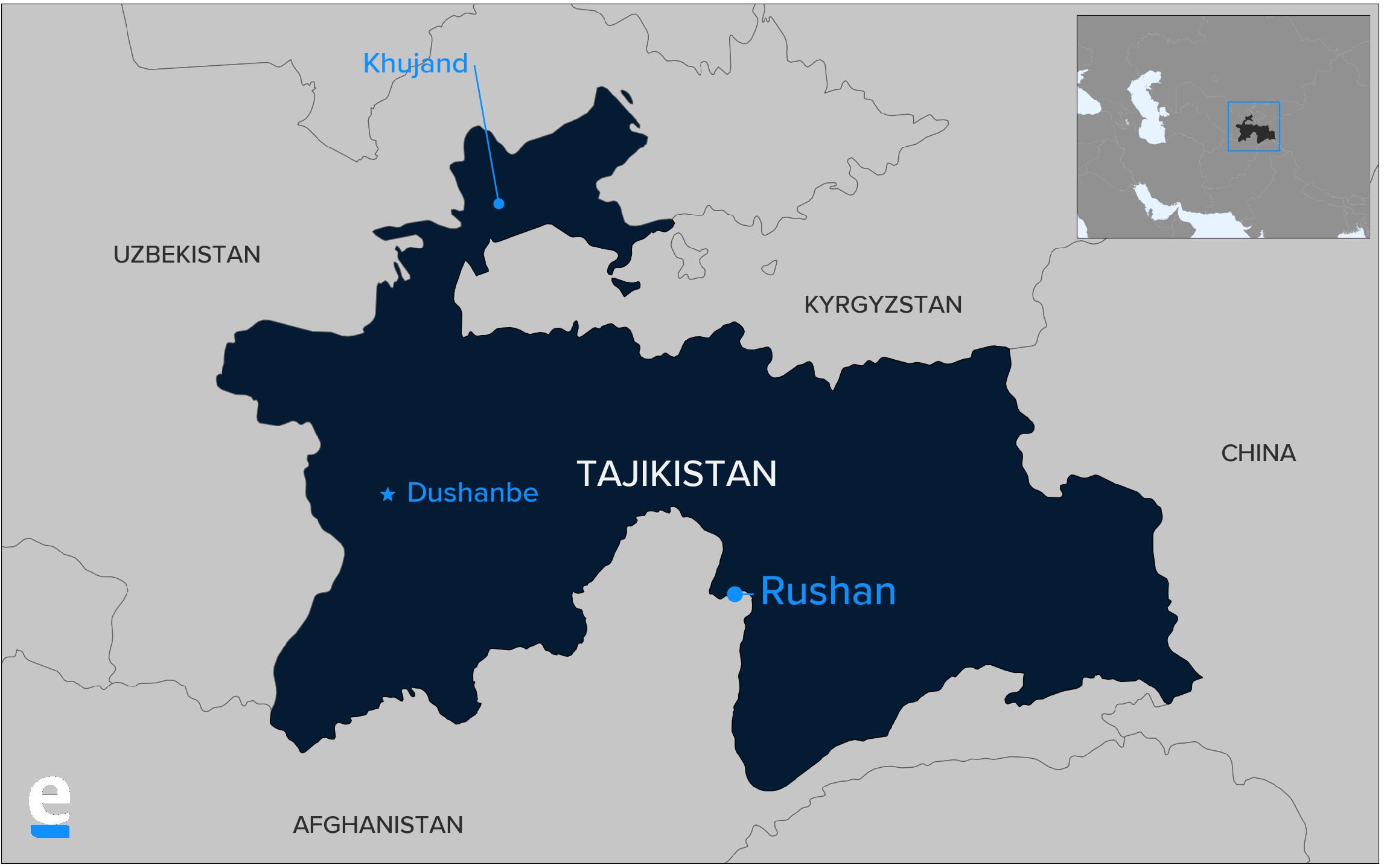 The trouble appears to have begun on May 22, when officers with the State Committee for National Security, or GKNB, executed an operation to detain a Rushan resident, Sharof Qobilov, who is suspected by the authorities of drug-smuggling and leading an organized criminal group. Officials accuse Qobilov of trafficking narcotics from across the border in Afghanistan.

According to an account by Khovar state news agency, that was not even the first attempt to capture Qobilov. A previous operation ended with Qobilov managing to flee to an unknown location, although two accomplices transporting a large consignment of drugs were purportedly captured. There is no way of independently verifying any such information, however, and Khovar is notoriously economic with the truth.

The rally that occurred on May 25 was described by Prague-based Akhbor news website as a local community protest to demand the release of people arrested with Qobilov.

The circumstances leading up to and following Qobilov’s arrest on May 22 are hazy. According to Akhbor, three young men who were with Qobilov when plainclothes GKNB tracked him down intervened to resist the arrest. Two ended up being detained, but one reportedly managed to get away.

When a crowd assembled outside the local GKNB premises three days later, on May 25, agents reacted by trying to take Qobilov’s two fellow detainees from their cells to a nearby, better-guarded border service garrison. The crowd surrounded the prisoner transport van and freed the men, according to Eurasianet’s eyewitness source in Rushan. Akhbor cited its sources as saying the men subsequently claimed they had been tortured into giving a confession.

As of May 27, the standoff persists, which may account for the rumored dispatch of reinforcements.

“All of Rushan is mobilized and people have started coming in from different areas of the Pamirs. The people want to resist and will not give up their people,” Eurasianet’s source said.

In a policy being linked to the coronavirus outbreak, authorities in the Gorno-Badakhshan Autonomous Region, or GBAO, on May 26 announced that they were banning the movement of people from other areas of GBAO to the regional capital, Khorog, which is about 65 kilometers south of Rushan. Golib Niyatbekov, a spokesman for the head of GBAO, who is a presidential appointee, said these restrictive measures would remain in force for 10 days.

This episode marks only the latest in a long series of confrontations between the population of the Pamirs and the central government in Tajikistan.

The last serious swell of unrest came in 2018. In the middle of September that year, President Emomali Rahmon vowed to round up a group of figures that he said were responsible for a climate of unbridled criminality in the area.

In the weeks that followed, the government mounted a security sweep nominally intended to pursue smugglers and drug traffickers, but which local people believe was an attempt to solidify Dushanbe’s writ and quash the nearly wholly extinguished remnants of autonomy in the region.

Understanding the dynamics of events in GBAO requires untangling the mesh of relations between crime, power and politics. The fact that individuals euphemistically referred to as GBAO’s “informal leaders” are involved in unlawful business activities is in little doubt. Such people nonetheless enjoy considerable levels of authority and respect, however, not least as they represent an alternative point of reference to the deeply distrusted central government. Memories of intense hardship during the civil war of the 1990s, when armed groups from the Pamirs allied themselves with the losing side, remain vivid in the collective imagination.

Claims by the government to be combating criminality therefore tell only half the story. It is not drug-smuggling that is the priority – the bulk of this happens, in any event, elsewhere along the Afghan border – but rather the need to stamp out challenges to Dushanbe’s dominance.

The flare-up that began in 2018 eventually died down when President Emomali Rahmon appointed Yodgor Faizov, who had for some years headed the Aga Khan Foundation in Tajikistan, as GBAO chairman. Faizov is well-liked and respected in the Pamirs, in large part as he has, unlike many officials in Tajikistan, striven to maintain close contact with the population and often attends festivities for weddings of local residents. At the same time, he has in the past evinced irritation and frustration at the role played by “informal leaders.”