Ubaidulloev is widely seen as the Kremlin's man. 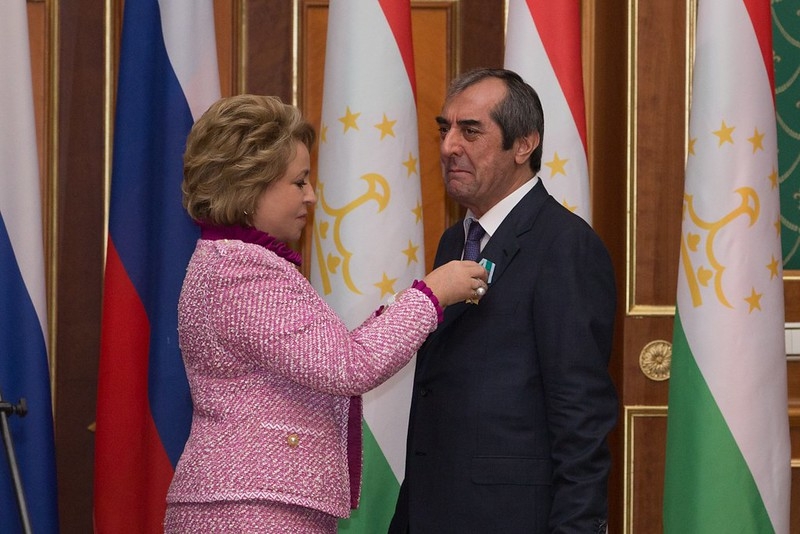 Officials tied to a one-time close confidante of Tajikistan’s president face lengthy prison sentences on charges of fraud as the authorities seek to ward off political rivals in a year of elections that could set the nation’s course for years to come.

A state prosecutor earlier this month asked Dushanbe city court to sentence three people who had served in the mayoral administration of Mahmadsaid Ubaidulloev to terms of between 10 and 22 years over their involvement in an abortive affordable housing program.

While corruption is a genuine and major problem in Tajikistan, when cases are taken to court the decision often carries political undertones.

The affordable housing initiative undertaken by the Ubaidulloev administration dates back to 2013. Buyers were liable for 70 percent of the total cost of the home and were required to make a down-payment.

The owners of these new builds had expected to move in by September 2015, but construction was serially postponed. Some, fearing that they would end up with no home and no money, demanded the return of their down-payment. The money was never returned.

Ubaidulloev, a veteran politician who has occupied leading positions in Tajik politics since the early 1990s and who is believed to enjoy the Kremlin’s patronage, was removed from his job as mayor in January 2017. That development was widely read at the time as reflecting a desire by President Emomali Rahmon to clear the field of other big hitters, particularly one perceived to harbor loyalties to a foreign government.

As replacement Dushanbe mayor, Rahmon appointed his then-29-year-old son, Rustam Emomali, a likely contender to eventually take over as president. Among his first actions, Emomali initiated a purge of city hall and immediately zeroed in on the affordable housing debacle.

Doubling down on this apparent attempt to wreck Ubaidulloev’s reputation and legacy, President Rahmon said during a public address to a gathering of Dushanbe residents that around 55 million somoni ($7 million) had gone missing from city hall coffers during government construction projects.

The audit ordered by Mayor Emomali led to the arrest of three city hall employees, including the head of the affordable housing program, Nurullo Naimov.

RFE/RL’s Tajik service, Radio Ozodi, on January 13 cited the state prosecutor as saying that the guilt of Naimov and his associates had been proven beyond doubt and that they should face stiff penalties.

A guilty verdict is a foregone conclusion and judges typically shave a couple of years from what prosecutors request.

No progress has been made with the affordable housing program.

The timing of this trial’s conclusion is unlikely to be accidental. Tajikistan goes to the polls in March to pick a new rubber-stamp parliament. A presidential election is scheduled for November.

The outcome of the votes will be rigidly controlled by the authorities, but it is not yet wholly clear what the future holds. There has been insistent, if wholly speculative, talk about the 67-year-old president yielding power and handing the reins over to his son in 2020.

In the last few years, attention has focused on neutralizing the unambiguous opponents of the Rahmon administration, be it the remnants of the former armed opposition with whom the government reached a power-sharing agreement at the end of a bloody civil war in the 1990s or the few opposition politicians permitted to operate in the open.

Ubaidulloev, who came to power alongside Rahmon and was appointed deputy prime minister in 1994, has always been a trickier proposition. Never a foe to the president, he has nonetheless provoked discomfiture for his presumed links to the Russian elite. Even after losing his job as mayor, he retained the speakership of the upper house of parliament, a role that constitutionally ensures him succession in the event of Rahmon dying suddenly or otherwise becoming incapacitated. It is generally assumed he kept the position at the behest of his sponsors in Russia, which wields huge economic leverage over Tajikistan.

When the March elections come around, Ubaidulloev will be required to relinquish that position and he is unlikely to be re-appointed to a new term. The jailing of his former associates is evidently intended as a shot across his bow – a warning that the end of his term as speaker should not be taken as a signal for him to engage in other avenues of politics.