A better-connected GBAO would benefit Dushanbe and Beijing, but could change the face of a unique region. 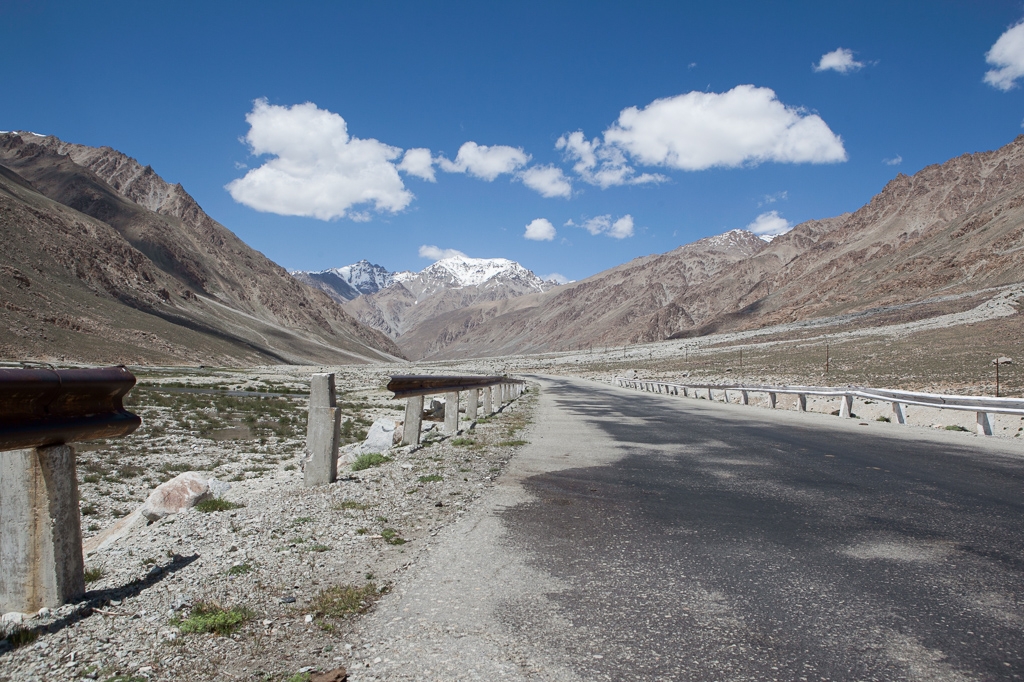 Much of GBAO is closer to Kashgar than Dushanbe. (David Trilling)

No sooner had Tajikistan declared victory in a bloody crackdown in its troubled east than a Chinese company was starting to overhaul the region’s sole transport link to the outside world.

The revamp of the road linking Gorno-Badakhshan Autonomous Oblast (GBAO) with China and the rest of Tajikistan will be overseen by the China Road and Bridge Corporation (China Road), according to the Tajik Transportation Ministry, whose head Azim Ibrohim joined representatives of the Chinese company at a June 23 ceremony to mark the beginning of the project.

With local informal leaders in GBAO crushed by the May-June military operation, some observers are projecting an uptick in Chinese economic activity in a region where Beijing already has a security footprint, just across the border from Afghanistan.

The ministry has given no estimate for a finish date for the first section of the road linking the towns of Kalai-Khumb and Vanj in GBAO’s two westernmost districts.

But a ministry representative told the private news agency Asia-Plus on June 23 that it expects a Chinese grant of $230 million to cover this section, which will include two new tunnels, cutting the road from 109 to 90 kilometers.

That would mean China adding to a grant for the section that was ratified by Tajikistan’s parliament in October, but which totaled just over half that sum.

Renovation of the second and third sections of the road will require around $760 million, the transport ministry said – money Dushanbe plainly does not have.

Tajik leader Emomali Rahmon has made no secret of his desire to bring GBAO to heel, invariably pinning the region’s ills on the men whose on-off resistance dates back to the civil war of the 1990s.

During a speech to residents of his native Dangara district on June 18, Rahmon freely admitted having ordered the detention and killing of the armed local leaders and said GBAO residents’ blocking of “a road of international significance” – part of the road now being repaired – was the final straw.

“Providing security for citizens is the function of the state and the head of state – nobody else,” Rahmon said, clearly indicating that the days of power-sharing, a product of the civil war peace deal, were long over.

According to a June 17 government statement, 16 people were killed during the operation, with one serviceman dying and dozens injured. Local rights monitors say the true death toll is much higher.

Moreover, “all 12 criminal gang heads” – shorthand for the local informal leaders – were either arrested or “neutralized,” the statement boasted.

Obtaining a full picture about the most recent bloodshed in GBAO was made close to impossible by an internet blockade imposed in mid-May and only just lifted. Also, Asia-Plus was barred from reporting on the operation.

The powerbrokers the government has claimed as dead – Mamadbokir Mamadbokirov, Khursand Mazorov and Zoir Rajabov – are among the most famous names in the region. Another well-known informal leader, Tolib Ayombekov, was arrested in June.

It is almost certain that these figures derived income from illicit activities in a country where smuggling and narcotics are rife.

But they also enjoyed a reputation for safeguarding the region’s independence, and, by default, its diversity, which is rooted in the Pamir languages spoken there and the dominance of the Ismaili branch of Shia Islam, which is uncommon elsewhere in Tajikistan.

Analyst Zafar Nurov told RFE/RL’s Tajik service Ozodi that the removal of “influential figures” in GBAO will be welcomed by China as well as Dushanbe.

“Under these circumstances, China will be more active and can offer new projects for investment in GBAO, related to roads, mining and construction,” Nurov predicted.

Such investments often go hand in hand: Tajikistan has in the past ceded mining concessions in lieu of payment for infrastructure.

According to the Finance Ministry, Tajikistan’s debt to China amounted to $1.1 billion as of January 1 – almost exactly one-third of the country’s overall external debt.

It is not clear what kind of concessions, if any, were offered to China in exchange for rebuilding the GBAO road.

But the importance Beijing places on security in GBAO is well-documented.

The Chinese military operates an outpost in the southeastern tip of the province and, according to Tajikistan, is building a base for local special forces police.

The role of the military outpost, according to press reports, is to keep watch over Uyghur militants wishing to travel from Afghanistan into Xinjiang, where China has evoked separatist and extremist threats to justify a multi-year campaign of mass repression against religious and ethnic minorities.