The president's family has a monopoly on tickets, cashing in on a profound desperation. 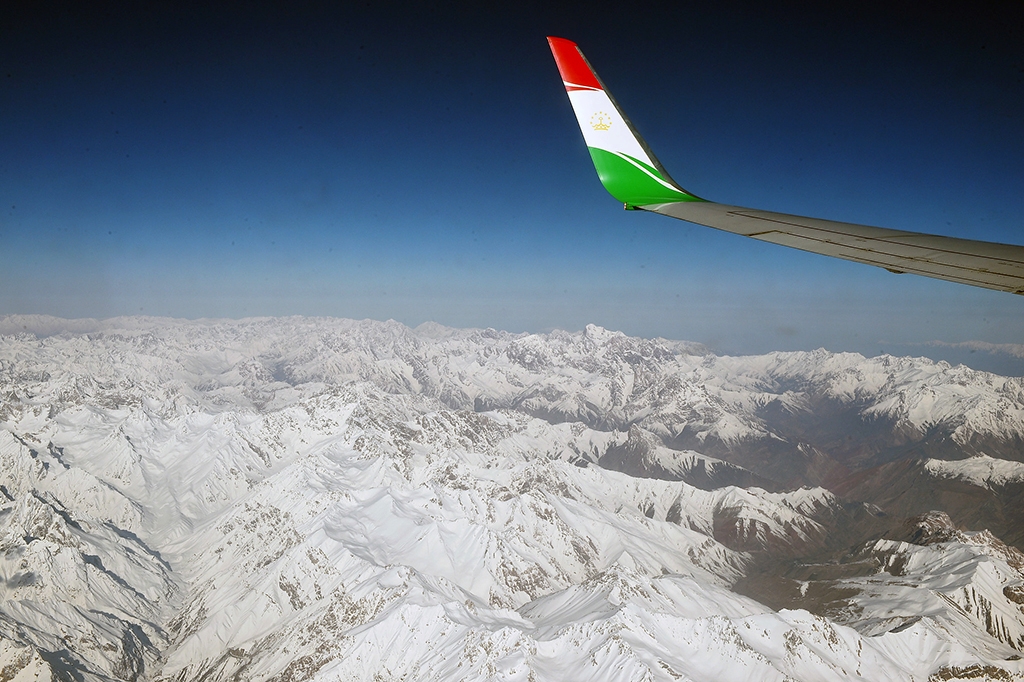 The agency with a monopoly on selling tickets is owned by the president's daughter. (government handout)

Ikrom, a 32-year-old from Tajikistan’s southern Temurmalik district, sold his cow for 10,000 somoni ($883) to raise the funds for the airfare to Moscow.

The cow has for the past year provided the only source of income for his household, which comprises his parents, his wife and two children. Selling the animal’s milk enabled them to eke out an existence.

With the gate to Russia – a magnet for Tajik migrant laborers – now reopening, people are resorting to desperate measures to get hold of the money needed to buy the costly air tickets. Many are selling their furniture, others their precious livestock and yet others taking out loans.

The ticketing agency with the monopoly on selling these tickets for now is making a killing. The company belongs to a daughter of President Emomali Rahmon. 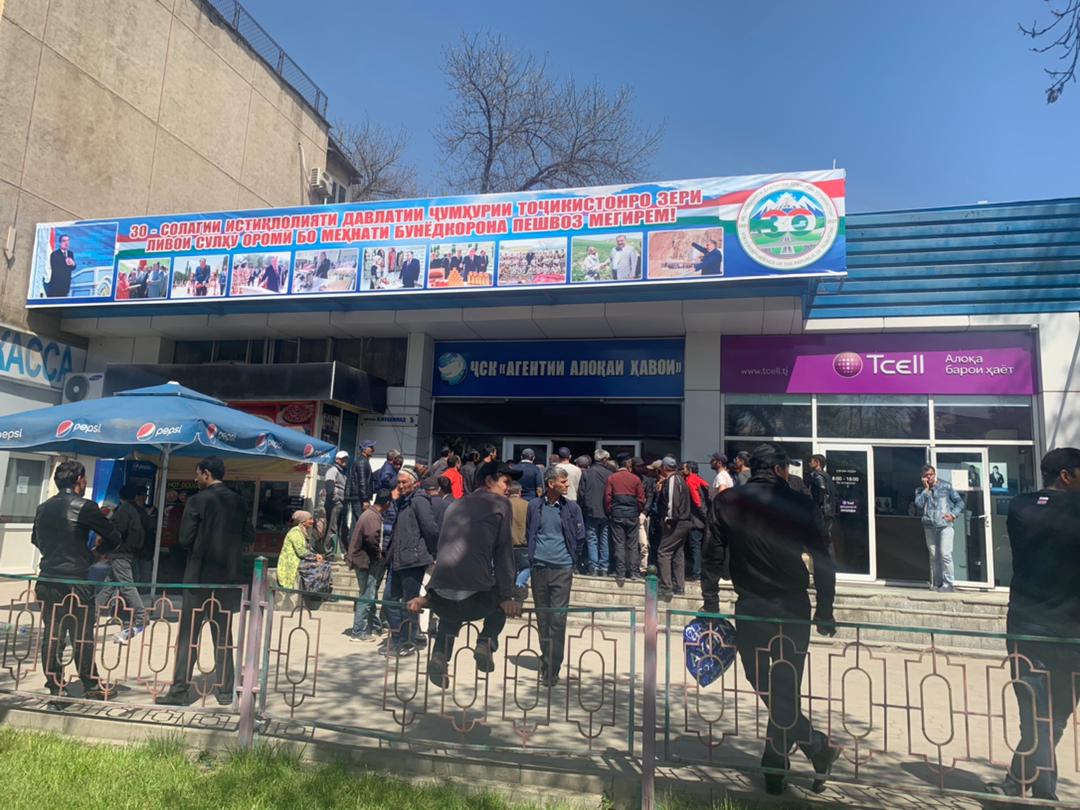 In Tajikistan, migration is a seasonal business. The rush to Russia begins in the spring, and the workers, predominantly men, return to their families in the fall.

The pandemic brought that all to a halt in March 2020, just as countless thousands were bracing for their trip northward.

Since then, the two countries have been linked only tenuously by occasional charter flights. But they were of no use to most of the people wishing to travel for work. Russian nationals could fly to Russia, and Tajiks to Tajikistan.

On March 26, the Russian government announced the resumption of regular flights to Tajikistan, as well as other destinations like Uzbekistan, Germany, Venezuela, Syria and Sri Lanka. Planes started flying again this month, but only a few times a week.

With a total return to normality still some way off, airlines are exploiting the moment. Only Tajik airline Somon Air and Russia’s Utair are operating the routes.

Every morning, from around 4 a.m., a crowd of many hundreds of people forms outside the only ticket office in Dushanbe selling fares to Moscow.

The money people had set aside for their airfares last year has long been spent on basics like food, which is why people are resorting to desperate measures to raise the cash.

The situation is hardest for those who traveled to Dushanbe from the regions in the hope of landing a ticket. While they are in the capital, they stay with relatives or acquaintances, but there is an implicit expiry date on their mission.

Many are taking on debt.

“I borrowed 10,000 somoni ($880) from Imon International [a microcredit lender],” Sunnat, who was waiting in the line at the ticket office, told Eurasianet. “This money should be enough for me to get an air ticket and pay for my expenses in Moscow until I get a salary.”

Another man in the queue said he had borrowed money from a neighbor.

Roughly one-third of families in Tajikistan rely on money sent home from relatives working abroad. The pandemic has been a blow the scale of which is difficult to assess.

According to Russian Central Bank data for 2020, the volume of remittances from individuals decreased by $835 million to $1.7 billion, down from $2.6 billion in 2019.

The reason for the large crowds in Dushane is that only one company, called Air Travel Agency, currently has ticket-selling privileges. No official has provided any explanation as to why the monopoly has been instituted.

Tax Committee data reveal that the company belongs to a daughter of President Rahmon, who goes by the name Tahmina Rahmonova, and her husband, Zarifbek Davlatov.

When news of a resumption in flights was broken, transportation regulators announced that return fares would be selling for around $500. About $350 to Moscow, and $150 for the return. But with the number of people wishing to travel to Russia in the short-term numbering anywhere in the tens, if not hundreds, of thousands, price inflation was inevitable.

Bribery, in often crude forms, has ensued. As a Eurasianet correspondent spoke to people crowded outside the offices of Air Travel Agency, a policeman approached to offer assistance in return for a 500 somoni ($45) kickback. For that fee, he would shepherd the payer into the building ahead of the waiting crowd.

Inside the sales office, which Eurasianet managed to enter without paying the requested bribe, a representative was openly selling tickets at 8,000 somoni ($700), higher than the amount set by the government.

“We will sell you an air ticket for this amount, because you came in without queuing,” the young man told a Eurasianet correspondent.

Other buyers hoping to get hold of an Utair fare have told reporters they were being charged rates double the official limit.

The gouging can happen because the despair is intense. One other hopeful buyer, Bahodur, said that missing out on a ticket now might mean losing a slot for an entire season of paid labor.

“Look, there are only two regular flights a week, so that is maximum 400 people who can fly,” Bahodur told Eurasianet. “And there are more than 200,000 people who want to do this. If I don’t persist [in getting a ticket], when will I get another turn?”