As the government pretends everything is normal, families are in a state of deepening anxiety over a perfect storm that could plunge the country into an unusually severe crisis. 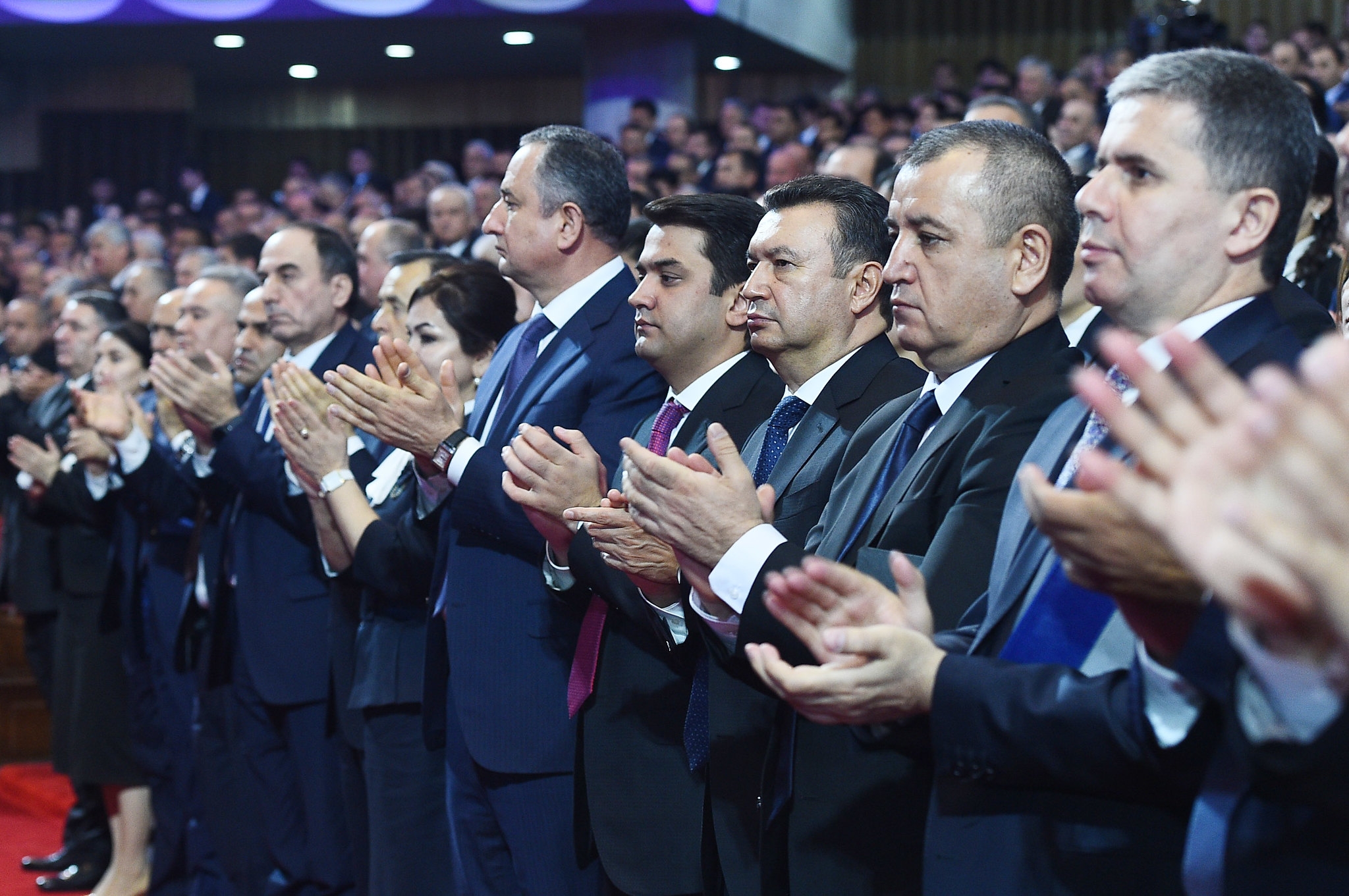 As nearby countries have embraced alarm mode over the spread of the coronavirus, Tajikistan has been behaving as normal, defying the advice being given by health authorities the world over.

In the northern city of Khujand, for example, around 12,000 were marshalled together this week in rehearsals for upcoming mass celebrations for Nowruz festivities.

Households and economic experts are in a state of deepening anxiety, however, over a perfect storm that could plunge the country into a crisis of unusual severity.

Tajikistan is not an oil economy, but its fortunes are deeply entwined with that of the commodity, because of the country’s dependence on remittances sent by migrants working in Russia. A dispute between Russia and OPEC nations has sent the price of oil tumbling, to below $30 per barrel this week, and consequently battered the ruble.

That has immediate repercussions for people like Osiyo, a 36-year-old mother of three in Dushanbe. Osiyo’s household, which also includes her retired mother-in-law, relies on the income of one person, her husband, Anvar.

“When father died, all the responsibilities, such as covering family expenses, fell onto the shoulders of my husband,” she told Eurasianet. “His salary was not enough, and so he began to look for another job.”

The best he could find was work on a building site in the city of St. Petersburg. Rather than wait around for something better, he departed for Russia.

Osiyo is a trained midwife, but monthly salaries for that kind of work, around 700 somoni ($72), are so low that they do not cover the expenses of being away from home all day. Hiring a nanny or putting the children in day-care would alone obliterate that income.

Anvar’s salary, meanwhile, is around 45,000 rubles a month. That is worth $580 now, and was $725 at the start of the year. More to the point, it was 7,000 somoni in January and has now sunk to 5,600 somoni. The National Bank has adopted some limited measures to adjust the performance of the somoni, but appears to have no significant plans on this front.

A job inside Tajikistan paying as little as $200 would likely compel many men to eschew life in Russia.

When Anvar gets his money, he first needs to pay off his rent and other ongoing costs, which include the Russian state fee for work permits and other paperwork, which leaves him around 20,000 rubles to send home. What that amount converts to in terms of somoni has now fallen sharply, as detailed above.

“This money is not enough to live on, to buy essential groceries. Our neighbors only buy meat for the holidays, but our children have always been used to eating it,” Osiyo said.

The number of families in similar situations is huge. Russian President Vladimir Putin last April noted during a meeting with his Tajik counterpart, Emomali Rahmon, that around 1.2 million Tajik nationals live and work in Russia – that is around 15 percent of Tajikistan’s overall population. The World Bank estimates that remittances are worth the equivalent of around 31 percent of Tajikistan’s economy.

The travails of the ruble have been caused by and coincide with the escalating dread over the coronavirus. Although Tajik authorities seem generally unruffled – no cases had been confirmed as of March 18 – the public is less sanguine.

Shoppers have been bulk-buying staple goods like flour, oil, sugar and vegetables, causing shortages and driving up prices.

Tajikistan is a predominantly rural country and produces a certain amount of primary agricultural goods, but it has little by way of processing industries and relies heavily, as a result, on imports. This is worrying just as countries like Kazakhstan, Kyrgyzstan, Uzbekistan and Russia adopt increasingly severe border restrictions in the face of COVID-19’s broadening geographic reach.

Spring is also traditionally the season of migration in Tajikistan. It is around this time that many prospective seasonal migrants begin selling off things or taking out loans to cover the cost of air or train fares to Russia.

Guljahon, a resident of Dushanbe, told Eurasianet that her husband was deported from Russia two years ago. His travel ban expired in January, so he was planning to return this year.

“Over these past two years we have survived anyway we could. We took a risk and sold silver jewelry,” Guljahon said, referring to a trade that only authorized retailers are allowed to conduct. “For a while my husband rented out the car and ferried children [to school], and we sold out some things to buy food.”

Guljahon said her husband had been in touch with a Russian company and expected to get a job as a driver, but that plan fell through shortly before his departure.

“He was supposed to leave in the coming days, but when he called up his [prospective] employer, they said there was little work, so they could not take him on. I was so upset because I had hoped that this hell, where we constantly need to scrabble around for pennies to buy bread, was finally coming to an end,” Guljahon said.

President Rahmon is only vaguely acknowledging the looming trouble, but he is downplaying its possible scale. At a March 7 speech to mark the local Mother’s Day, he urged people not to give in to panic.

“Our people should know that the government has more than enough reserves for force majeure situations and they will not leave the people without food and medicine,” he said.

Abdumannon Sheraliyev, an economist based in Europe, is less certain and wonders if the government has fully considered what is coming over the horizon.

“Even if the borders are not closed, and [migrants] are somehow able to get into Russia, there is another, no less real, risk that at the beginning of the migrant working season, the majority of Russian cities will be in a state of quarantine,” Sheraliyev said.

As of March 18, Russia has barred entry to all foreigners for a period expected, for now, to last until at least May 1.

That could devastate work prospects for Tajik migrant laborers. This in turn would lead to a tumble in the volume of all-important remittances, whose value has already taken a hit.

It is only a grim consolation that Tajikistan has had ample experience of enduring hard times.

“We could not afford to lay a spread on the table even when there weren’t any crises,” joked Farkhod, another Dushanbe resident. “Crisis is the natural state of our country.”