Votes are usually held in November. 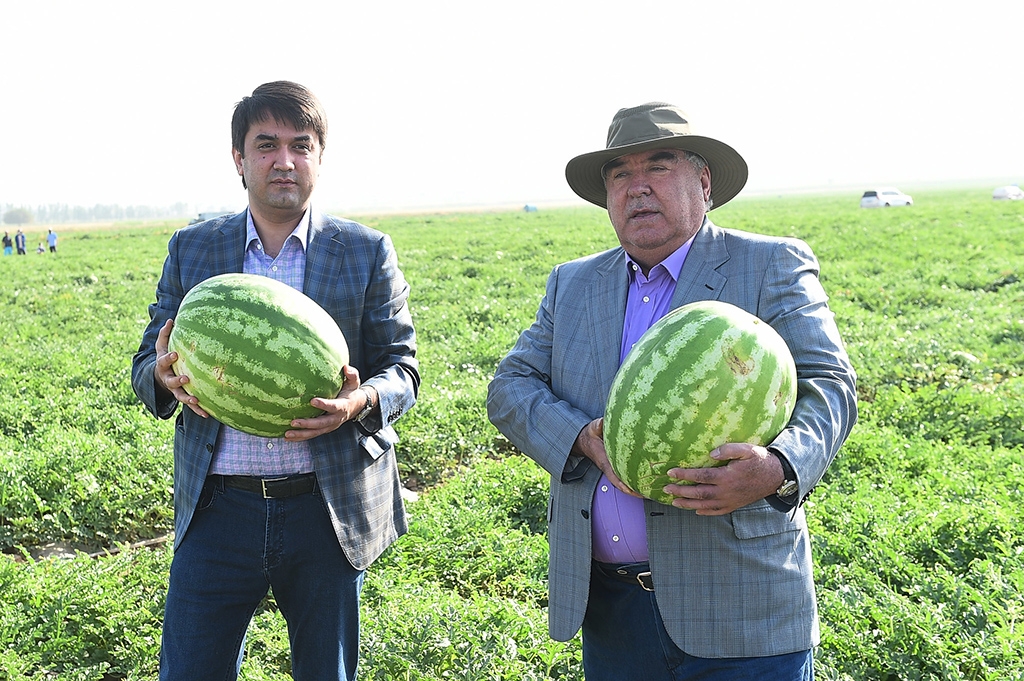 Crisis-stricken, authoritarian-minded leaders sometimes resort to delaying elections as a tactic for ensuring a smoother ride.

Things in Tajikistan are unfolding differently. And so, the upper and lower house of parliament convened on August 6 to vote in favor of holding the next presidential election on October 11 – one month before the traditional November date for polls.

With only two months to go, there is only one sliver of intrigue remaining. Will it be the incumbent President Emomali Rahmon, 67, seeking another seven-year term, or will the reins be handed over to his son, Rustam Emomali?

The uncertainty arises because of a 2016 constitutional referendum that effected two important changes. One lowered the age threshold for candidate eligibility from 35 to 30 years. Emomali turned 32 in December. Another change granted Rahmon the right to run for office an indefinite number of times.

Even if Rahmon were to step aside for his son, or anybody else for that matter, he will retain strong and irrevocable decision-making powers by virtue of his bespoke status as Leader of the Nation, which was created for him in 2015 in a legal fix reminiscent of Kazakhstan, where former President Nursultan Nazarbayev retains considerable behind-the-scenes sway.

Emomali has been eyed as a strong contender for succession, however, especially since April, when he was made speaker of the upper house of parliament. In his role as chair of the Majlisi Milli, he is already formally positioned to take over from Rahmon in the event of the president dying or otherwise being unable to fulfill his duties. Emomali additionally still serves as mayor of the capital, Dushanbe.

Still in his late sixties as he is, Rahmon’s thoughts should not in principle be focused too strongly on his mortality, although there is little reliable information about his state of health. The president is on the obese side by Tajik standards and his brother, Nuriddin Rahmon, died from heart failure in 2017. The older Rahmon was 67 when he died – the same age the president is now.

Another detail turning minds to succession was the frequency with which Rustam Emomali had been seen pictured alongside his father at public events in recent years – a fact that suggested he was being groomed for the top job. This has occurred less frequently of late, though. At the end of July, Rahmon broke off his intermittent bout of coronavirus pandemic-induced isolation to visit the homes of citizens in the towns of Hisor and Rudaki, both just outside Dushanbe. Political observers have read these kinds of expeditions as early pre-electoral gestures. The absence of Emomali did not go unnoticed.

The last time Rahmon ran in the presidential election, in 2013, he won easily with 84 percent of the vote in a choreographed procedure devoid of value as an exercise in democracy.

Other candidates will run in the October vote, but they will serve a purely decorative function. With all viable opposition groups hounded out of existence, no forces remain that will be technically able to muster support for an alternative.

Tajikistan is, like the rest of the world, still grappling with a COVID-19 outbreak, although the scale of the crisis can only be guessed at through an accumulation of anecdotal evidence and guesswork. Through to the end of April, the authorities had for weeks dissembled about the outbreak, insisting that they had detected no cases. Despite few preventative measures, such as lockdowns, being adopted, the authorities have more recently sought to convey the impression that the situation has been brought under control.

In making their decision to hold the presidential election in October, the legislature did not acknowledge either the ongoing crisis or any possibility of a resurgence later in the year.