Tajikistan: Can Dushanbe Keep the Lid on the Internet? 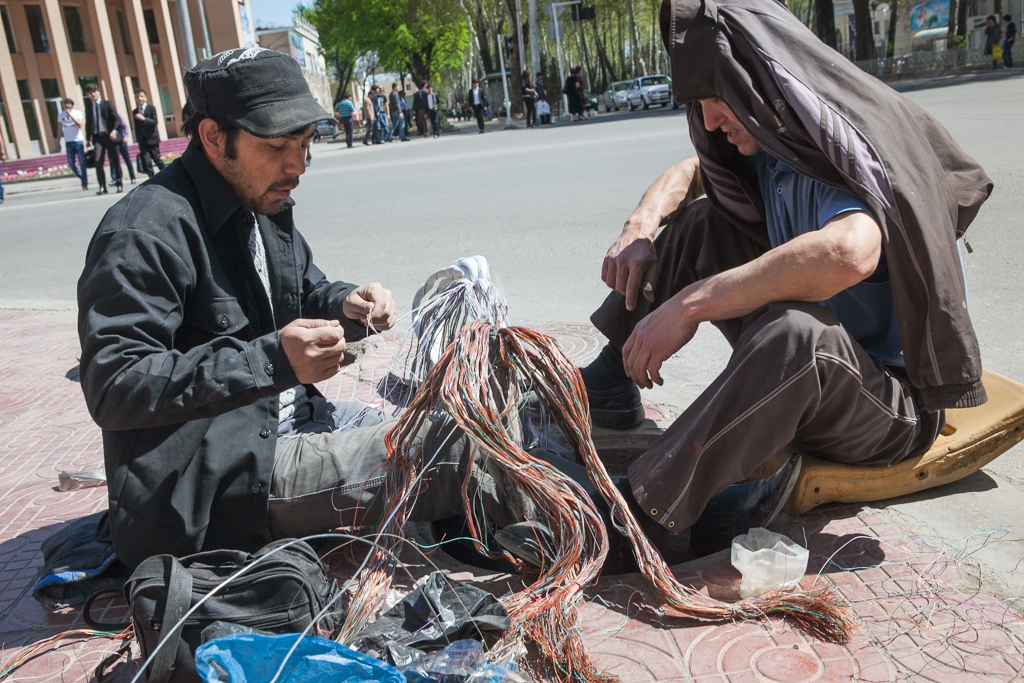 “Emomali Rahmon for president of the United States!” reads a recent post on the Facebook group Platforma, a 15,000-strong webpage for digital opposition to Tajikistan’s authoritarian-minded leader. The sarcastic post continues; “Kill two rabbits with one shot: Rid the Tajik people of dictatorship, and rid the world of the United States!”

Platforma is widely seen as one of the reasons authorities in Dushanbe repeatedly blocked Facebook in 2012 and 2013. In addition to being a source of base Internet humor, it serves as a digital soapbox for members of Tajikistan’s opposition-in-exile who take an anything-goes approach to their information war against the Rahmon administration. Facebook is available at the moment, but authorities have again blocked access to YouTube several times this year and, in July for the first time, the popular Russian-language social network Odnoklassniki – also seemingly due to the activities of critical groups. Odnoklassniki, reportedly the most popular website in Tajikistan, remains blocked.

At present in Tajikistan, up to half the population uses the Internet, according to official statistics. Administration opponents argue that the officials’ block-happy tendencies online are self-defeating. Savvy users easily circumvent the restrictions: Odnoklassniki representatives cited in a July 29 Lenta.ru report said that since the July 19 ban, up to 200,000 of the 350,000 registered Tajik IP addresses that use the website are still showing activity. As such official blocks grow more frequent, Internet experts argue, blocked material – whether images of Islamic militants burning their Tajik passports, or a clip of a woman accusing the president’s close relative of rape – assume the allure of forbidden fruit.

Tajikistan’s communications service continues to insist it has not ordered any blocks, but few believe that seven of Tajikistan’s biggest Internet Service Providers (ISPs) voluntarily collude to close access to websites popular among their clientele. Asomiddin Atoev, chair of the Association of Internet Service Providers, a lobbying group, claims the head of the communications service, Beg Sabur, “personally ordered” the YouTube shutdown. Sabur, previously Zukhurov, has not commented on the allegations. He has grown more reclusive since being subjected to widespread ridicule in 2012 for demanding Facebook founder Mark Zuckerberg come to his office hours to explain the social network.

Previous blocks on YouTube have coincided with embarrassing or critical moments in the political calendar, such as the release of a video featuring President Rahmon singing, possibly inebriated, at his son’s wedding in 2013; or the appearance of recordings of Dushanbe’s bloody 2012 military operation in the east. This year, some believe the blocks can be attributed to authorities’ concerns about videos made by Tajik citizens propagating jihad in Syria. But Atoev believes they remain blocked because of another embarrassing video, wherein a local woman claims that the president’s brother-in-law raped her 15-year-old daughter. The police are “powerless” to open a case against the alleged aggressor, she tells the camera.

The video, says Atoev, is possibly staged, but has grown popular amid public dissatisfaction with the Rahmon regime and the government’s persistent online bans. “Our government likes to shoot the messenger [social networks]. Instead of being proactive and using these platforms to promote its own message, it hides from the problem,” Atoev said.

The clip has been widely promoted by the opposition group Gruppa 24, headed by Umarali Quvvatov, a businessman-turned-opposition figure in exile. Speaking to EurasiaNet.org via Skype from Turkey, Quvvatov said the aim of Gruppa 24, which posts regularly on social media (particularly the Platforma group), is the end of “family-clan rule in Tajikistan.”

Two years ago, Quvvatov was a marginal figure, a former oil trader who had partnered with Shamsullo Sohibov, Rahmon’s son-in-law, before Sohibov allegedly expropriated his business. But since fleeing Tajikistan, Quvvatov has harnessed the Internet to bolster his profile, using YouTube speeches to address sympathizers and Zello, a mobile app capable of hosting thousands of users simultaneously, to hold radio-style talk-ins with Tajik migrants in Russia.

One 20-year-old user of Platforma called Quvvatov “young and progressive. A good Muslim, unlike Rahmon, who drinks.” Another member compared him to the celebrated Russian anti-corruption activist Alexei Navalny. A third expressed concern at Quvvatov’s “serious religious approach.”

“Media in Tajikistan do not give a voice to the real opposition,” Quvvatov explained. “So we use other means to communicate with Tajiks.”

Atoev of the Association of Internet Service Providers claims YouTube channels controlled by Quvvatov and another vocal opposition figure based abroad, Dodojon Atovulloev, received over 280,000 views during the first half of this year. By contrast, he says, videos posted on the YouTube channel of the Tajik service of Radio Free Europe saw less than half that number of views in the same period. Khovar, the main state-owned media outlet, does not use YouTube.

Zafar Abdullayev, a well-known Facebook campaigner and former journalist, contends that the growing popularity of opposition videos and online groups such as Platforma reflects the generally poor quality of Internet content in Tajik. “I approached the government with an idea to create a virtual parliament – it could have been a real platform where the government and opposition interacted – but authorities ignored me,” he told EurasiaNet.org.

Yet Abdullayev is just as disillusioned by “cowards” who call on Tajiks to oppose the Rahmon administration from the relative safety of a laptop abroad.

“Online content needs to be developed in a constructive and responsible way,” he said. “Tajikistan is not ready for a [Ukraine-style protest movement like] Maidan. Civic consciousness here is weak. Any revolution would be bloody, I fear, perhaps turning into a second civil war.”