Gadoyev recorded a video message before leaving Amsterdam warning he might be kidnapped. 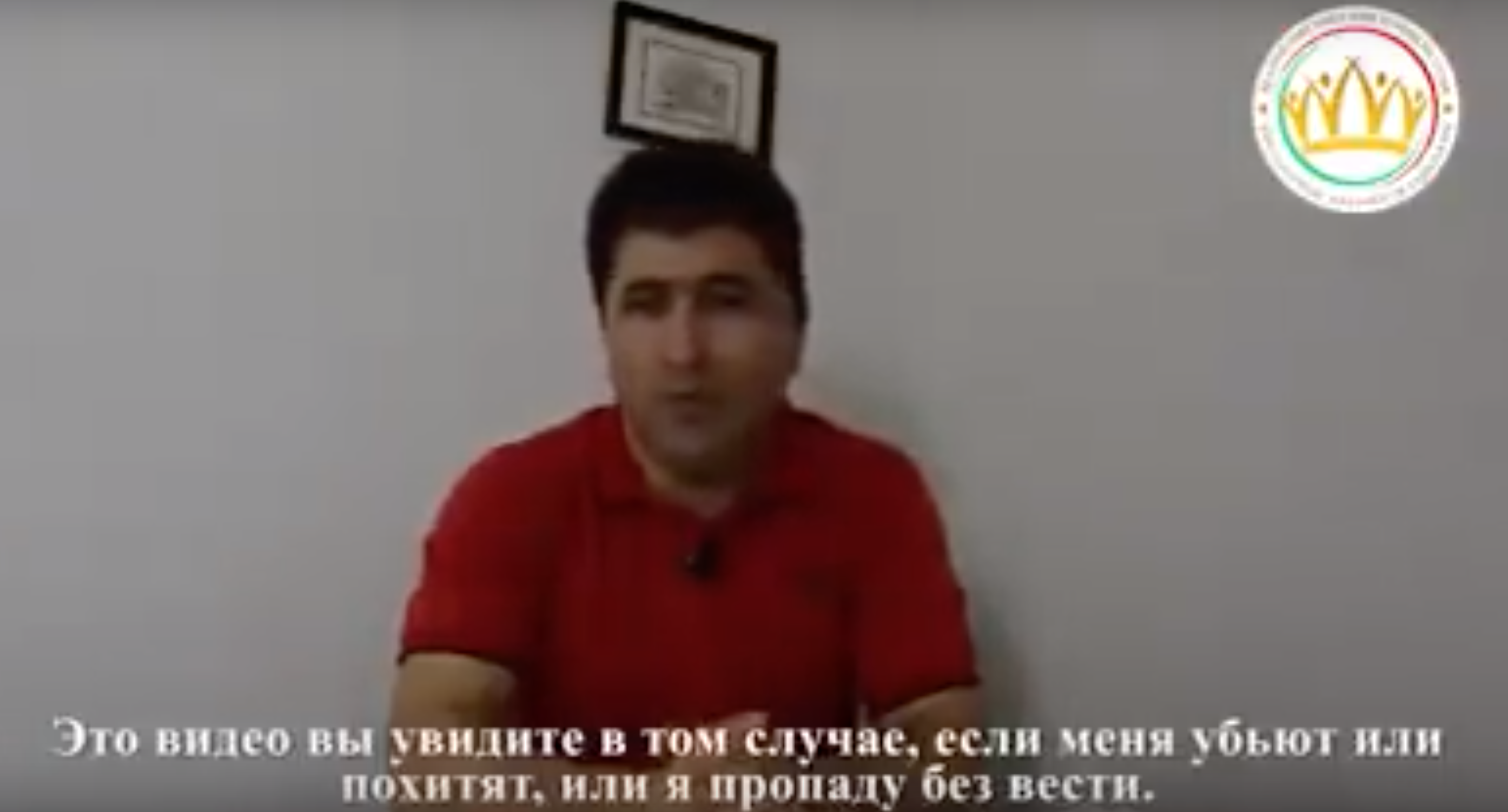 Tajikistan looks to have bumbled its way into diplomatic embarrassment by forcibly spiriting an opposition activist with asylum status in the Netherlands back to his home country.

The circumstances that led to Sharofiddin Gadoyev suddenly appearing in the Tajik capital, Dushanbe, on February 15 are still mired in mystery, but there is increasing evidence he was taken there against his will.

In a newly released video message that was created by Gadoyev prior to his departure from the Netherlands for a brief trip to Russia late last week, he warned that he might be kidnapped or killed by Tajik authorities.

“If you see this video, it means I have been murdered, kidnapped or that I have gone missing,” Gadoyev says in the video, apparently filmed in the Netherlands.

The appeal was uploaded to the internet by an opposition group on February 19.

Gadoyev states in the video, which he says is being recorded on February 14, that he was set to travel to Moscow to meet a representative of Russia’s Security Council, a consultative body that answers to the president.

“I have previously had contact with security officials in Russia. To discuss the situation in Tajikistan and the issue of labor migrants,” Gadoyev said.

Most ominously, Gadoyev appears to foretell in that video precisely what has now transpired.

Gadoyev’s purported voluntary return to Tajikistan was aggressively publicized by the government.

On February 15, the Interior Ministry uploaded a video appeal by Gadoyev in which he insisted he had returned “willingly” and then went on to lambast another prominent opposition figure, Muhiddin Kabiri. In another seemingly choreographed episode, Gadoyev was shown in a video, posted on Facebook, calling his mother to tell her he was in Dushanbe. Also seen in the shot are a police officer and Lidia Isamova, the Tajikistan correspondent for Russian state news agency RIA-Novosti.

The crude theatrics appear to have been intended to dissuade the Netherlands from pursuing clarifications about Gadoyev’s wellbeing or demanding his return.

Rights activists report that Tajik security services use a gamut of techniques to force such public recantations, ranging from physical intimidation to threats of violence and other reprisals against close family members. Even when opposition activists are able to flee their country, authorities routinely bar parents, siblings and children from doing the same, in effect rendering them hostages.

It is unclear under what circumstances Gadoyev traveled to Tajikistan — whether he did indeed do it of his own initiative, which seems implausible as he had an air ticket to return to Amsterdam dated February 16; if he was handed over to Dushanbe by Russian security services; or whether, as has occurred in the past, he was kidnapped by Tajik operatives.

Viktoria Nadezhdina, a representative of a rights advocacy group authorized to speak on behalf of Gadoyev, said that Dutch law enforcement officials and diplomats are investigating the case.

“I can say that among western European nations, the matter of Sharofiddin Gadoyev is already being studied by several countries,” said Nadezhdina, chairman of Amsterdam-based Human Rights Vision Foundation, a group founded in 2017 by exiled Tajik activists.

Nadezhdina said her organization’s goal is to ensure that Gadoyev is returned to the Netherlands.

“If Tajikistan says that Sharofiddin Gadoyev is free and not restricted in his movements, then let them prove this by allowing him to freely depart for the Netherlands,” she said.

In seemingly another attempt to forestall skepticism about the official account of developments, yet another series of photographs of Gadoyev was uploaded to Facebook on February 20. This set showed him being greeted by relatives in his home village in the southern Farkhor district. To confuse matters, these images were shared by a former ally of Gadoyev who also recently returned to Tajikistan but who has genuinely adopted a notably aggressive pro-government line in his public pronouncements.

Nadezhdina said, however, that the family home in Farkhor has been surrounded by security service agents.

“A neighbor who lives nearby saw [State Committee for National Security, or GKNB] officers both inside and outside,” she said. “His life is in grave danger.”