Conventional media outlets have all been obliterated by the government. 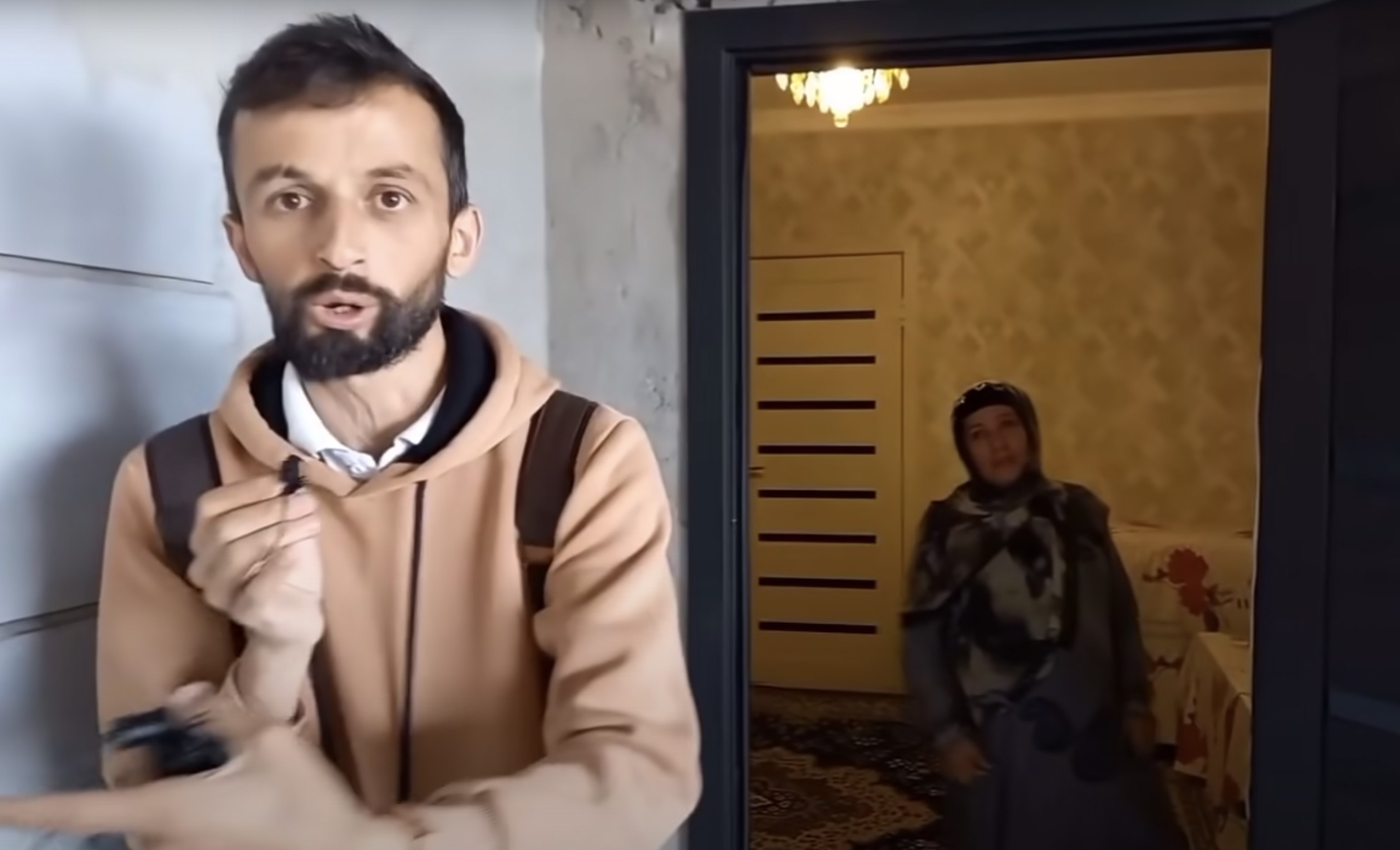 For lack of any more targets to torment, Tajikistan’s increasingly repressive dictatorship has turned its attention toward videoblogging citizen journalists.

Over the weekend, the Shohmansur district court ruled to place Daler Imomali under arrest for at least two months pending investigations into claims of fraud, falsely reporting a crime and involvement in the activities of a proscribed organization.

Abdullo Gurbati is facing charges of assaulting a state official.

The two journalists have gained strong followings on YouTube through their public interest reporting. Their reports regularly feature scenes of them confronting heads of ministries and government departments at open days.

In one recent video uploaded to YouTube, Imomali looks at the botched work on a long-delayed row of apartment blocks. The project is understood to be the work of a company owned by a top government official related by marriage to President Emomali Rahmon.

Imomali’s lawyer says his client has admitted to some of the charges against him. Free and fair trials for defendants charged on politicized cases do not exist in Tajikistan, so it is unclear whether his plea was only tactical.

Gurbati has rejected all accusations against him. The offending incident appears to have occurred after an occasion on which he was detained by the police.

“I had absolutely no notion or intention of getting into a dispute with police officers. They had released me. I wanted to leave [the building]. But at the exit, an officer with the Shohmansur district police blocked my way. Then they detained me again and returned me to the police precinct. Now they’re saying I beat up a policeman,” Gurbati said through his lawyer.

Supporters of the two men have in a desperate bid for clemency appealed to the mayor of Dushanbe, Rustam Emomali, who is also the chair of the Senate and the president’s son.

Fire is also being directed at Asia-Plus, the last independent and locally run news outlet surviving in the country, albeit in more subtle ways. In a smear of the newspaper, Salomiddin Mirzorakhmatov, a Kazakhstan-based commentator with widely suspected links to the Tajik State Committee for National Security, accused the publication of unfairly monopolizing the advertising market and accepting grants from foreign governments to pursue goals harmful to the Tajik state.

Mirzorakhmatov then goes on to make allegations about how some Asia-Plus journalists make up to $800 a month, while their colleagues working for state media earn only $150.

“Practically all Tajik media workers live in penury. They look with envy at the well-fed and well-dressed journalists of the American, pro-American and Western media. Many of them dream of getting a job there,” he wrote in a post on Facebook.

In another recent incident of note in mid-May, journalists from RFE/RL’s Tajik service were, after ending an interview with the now-jailed veteran journalist Ulfathonim Mamadshoeva, cornered by thugs, assaulted, and then had their voice recorders and cameras stolen. Police showed no interest in identifying the culprits.