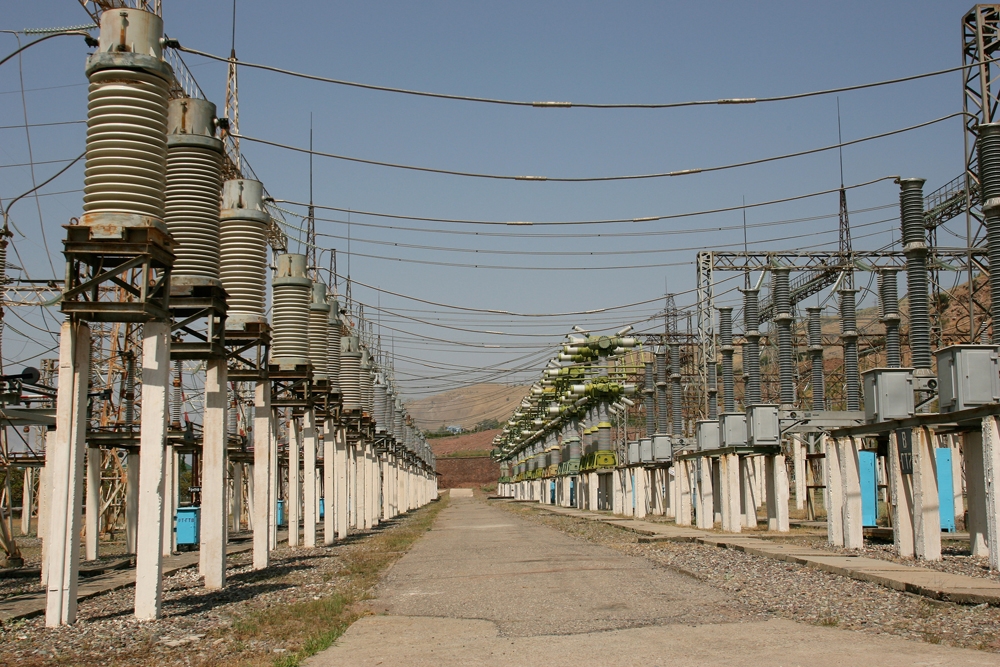 When the first snow fell in late November in Tajikistan, it caught many by surprise, including the country’s power providers.

The last two years have accustomed Tajiks to unusually short winters, seemingly lulling authorities into a state of unpreparedness. The November cold snap stretched a decrepit electricity system to its thinnest point in several years.

Temperatures dropped at one stage in November to several degrees below freezing — an abnormal state of affairs in a nation where people have, on rare occasions, greeted the New Year in light spring clothing. A similarly sharp cold front moved in on December 10.

Many would turn to electricity for heating if they could, but service has been particularly sporadic this year. In line with recent custom, energy-rationing season began in October and was implemented nationwide with the exception of the capital, Dushanbe, and part of the eastern Gorno-Badakhshan Autonomous Region, which is supplied by the Agha Khan Foundation-run Pamir Energy power provider. In rural areas, households get about five hours of electricity daily, some in the morning and some in the evening.

But this winter, even in Dushanbe, where electricity supplies are normally more reliable, sudden surges in demand appear to be causing outages. With electricity in short supply, many have turned to firewood- and coal-powered household stoves, gas heaters, kerosene lamps, hot water bottles, and even candles to provide some warmth.

The crisis is forcing neighbors to club together. Mavlyuda Obidova, a 45-year old Dushanbe resident, lives with her two children in an apartment in a five-story building that has been afflicted by power cuts. “My neighbors are like me, they have two or three children,” Obidova told EurasiaNet.org. “We have to help each other out. We take turns in the kitchen boiling water and making soup. Some neighbors hand out soup from large pots so as to save time.”

There is much conspiracy-theorizing online about whether power surges are truly to blame for the blackouts in Dushanbe. Some wonder whether authorities are using the weather as an excuse to mask their inability to produce enough electricity.

Tajikistan’s long-strained relationship with neighboring Uzbekistan is a contributing factor for the country’s current power problems. Back in the 1990s, Uzbekistan stopped electricity deliveries to Tajikistan, and it followed up in 2009-2010 by halting sales of natural gas too. The decay of Soviet infrastructure is another major component.

A group of people in Dushanbe has created a dedicated Facebook page called “Cold and Dark” to discuss the electricity shortage and related issues. Members of the group hope that by publicizing problems, authorities might be moved to take action. This kind of grass roots mobilization has some, albeit negligible, effect.

Mahmadsaid Ubaidulloev, the mayor of Dushanbe, reacted to the social media grumbling by forcing his deputies and the heads of all four districts of the city to be on round-the-clock duty until March. Contact telephone numbers for heads of city government departments have been made publicly available, but those who have tried calling complains that nobody picks up.

Some measures smack of despair.

Ubaidulloev has ordered a halt at work in bathhouses and bakeries running on electricity as a power-saving measure.

There is some hot water piped into houses from one heating and power plant in Dushanbe — the TETs-2 — but that only extends to 1,200 dwellings. And there, Ubaidulloev has ordered that people only use the heated water flowing into buildings for heating and not for “household purposes.”

Radiators in many apartment blocks in Dushanbe lie idle, as there is no centralized urban heating network. It is not uncommon for households to saw off their hulking steel radiators and sell for scrap.

Household gas bottles are another way to keep warm, but they carry their own risk. Obidova, the Dushanbe mother of two, said she is the only person in her block with a fully charged gas cylinder. And, strictly speaking, that is a violation of the fire safety code, which considers gas cylinders to be hazards. Anybody found owning gas canisters can be fined up to 600 somoni ($75).

Not everybody has been caught off guard. Those with foresight have been preparing since the summer for the heating season.

Gulbahor Sharipova, 30, said that when her family remodeled their home, they did not bother doing work in one room since they knew that was where the wood-fired stove was going to go.

“The smoke would just leak out and ruin all the redecoration,” Sharipova said. “So we decided not to touch that one room. We stuck the stove in there, and the whole family, nine people, will get together in one room and cook and boil the water in there.”

“Of course we know this isn’t hygienic, for us all to be in one room, but there is no other way,” Sharipova added.

The extent to which Tajikistan’s energy system has been pushed to the edge was plainly illustrated on October 28, when almost the entire country was plunged into darkness following a technical fault at the all-important Nurek hydropower plant.

Authorities are continuing to pin all their hopes that the country’s heating woes will be resolved on the completion of the first generating unit of the long-awaited Rogun hydropower project.

On October 29, only one day after the nationwide blackout, President Emomali Rahmon oversaw the start to work on stemming the flow of the Vakhsh River as part of construction work on the mega-dam, so some progress has been made. Still, the completion date for the promised generating unit is not known.