The state-owned electricity provider had been suspending supplies from 10 p.m. and 5 a.m. daily. 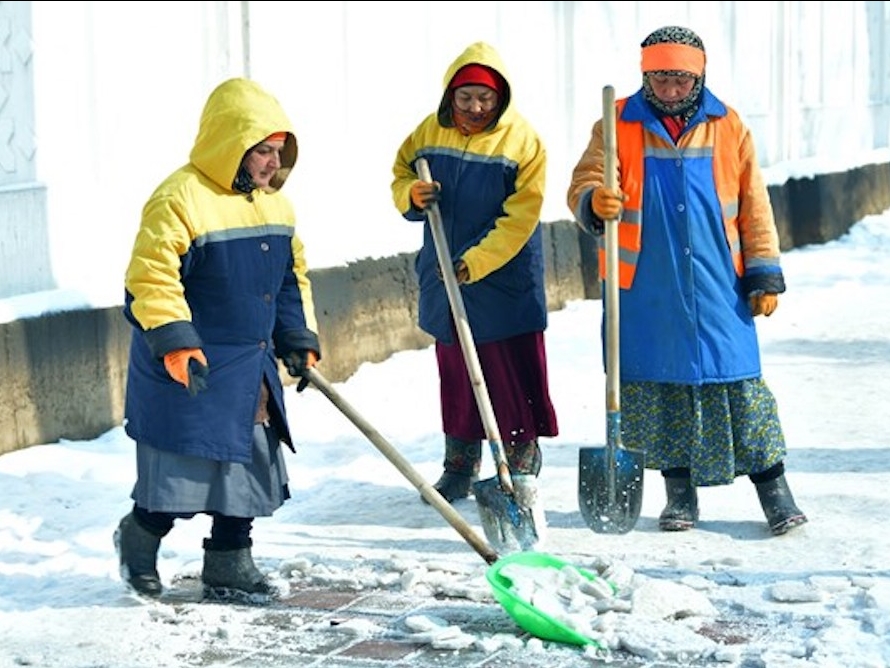 In an acknowledgement of just how hard this cold winter is hitting, authorities in Tajikistan last week announced the suspension of an electricity-rationing regime.

While power utility company Barki Tojik has said households will receive uninterrupted supplies of electricity, it pleaded with the public on January 11 to avoid excessive use so as not to strain the grid.

A state television report attributed the end of the rationing regime to President Emomali Rahmon’s concern over the particularly chilly weather gripping the country.

Under a power rationalization arrangement that came into force in October, many households across the country, although not in the capital, Dushanbe, have been starved of electricity between 10 p.m. and 5 a.m. daily. Rahmon had argued these enforced blackouts were a necessary measure and that even developed countries were at present experiencing power shortages.

The rationing regime has been in force for a number of winters now. When the temperature sinks below a certain level, output from the Nurek hydropower plant, which produces most of the country’s electricity needs, grinds to a near-halt. Lack of electricity has driven many in rural areas to rely on burning any available fuel, such as coal, wood and even dried dung, for warmth.

With temperatures in some regions of the country dropping to as low as -14 degrees Celsius, however, the authorities have been compelled to find ways to change tack this year.

Earlier this month, education authorities announced that schools and kindergartens would remain closed until the weather eases.

This cold season is bringing back memories of the last severe winter that the region experienced, in 2008. That year, the government appealed for international aid amid widespread reports that newborn children were dying in numbers in unheated maternity wards stricken by power outages.

Jamilya Baidullaeva, the head of the meteorology agency, has said that nationwide temperatures are roughly similar to what was seen in 2008, but that the mountainous Pamirs region to the east is seeing even colder weather than was endured that year.

The lingering question is where the authorities have found the spare capacity to supply people with electricity around the clock when they have failed to do so in previous years.

One explanation may lie in the fortunes of the Talco Aluminum Company, which is said to be owned by Hasan Asadullozoda, the brother-in-law of President Rahmon. That company, whose profits are as a rule funneled through foreign-based offshore financial vehicles, usually never wants for cheap and reliable supplies of electricity.

The metals company is experiencing a lean period of late, though. Aluminum output at the company’s plants reached a relatively meager 61,000 tons in 2021, as compared to 216,000 tons in 2013.

Diminished production at Talco means less energy consumption. And the less electricity Talco needs to use, the more is left for the rest of the population.