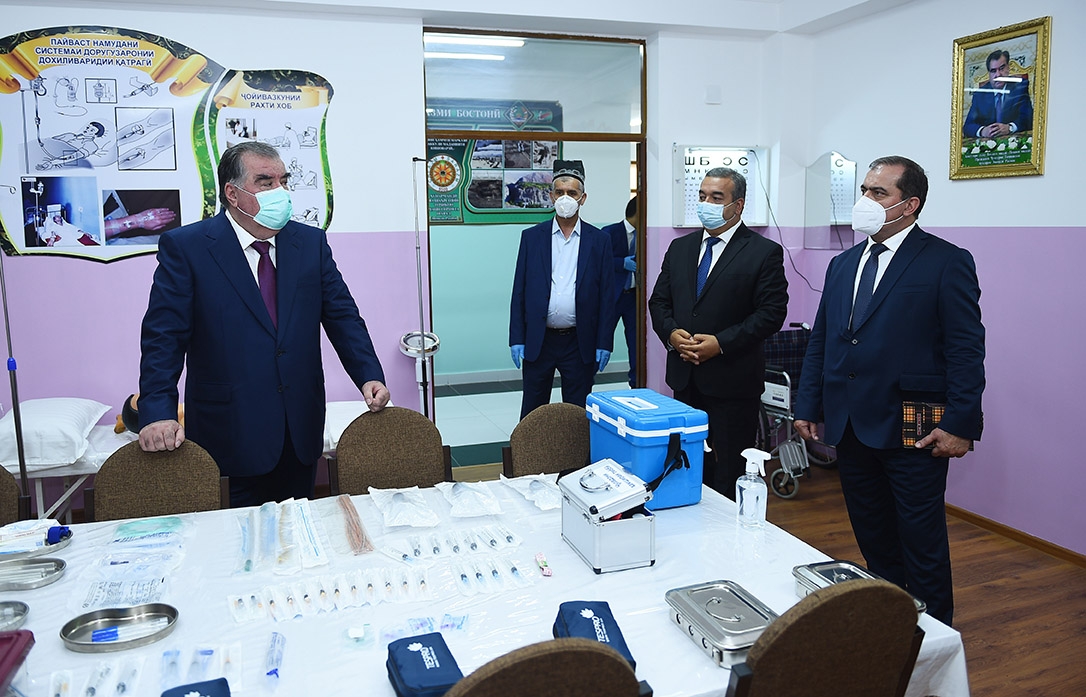 Two years ago, Safarali Toshev donated a kidney to his sick daughter.

To cover the costs, Toshev, who comes from Yavan, a town about an hour’s drive from Tajikistan’s capital, sold property, borrowed money from the bank and got help from charities.

The operation went well, but 17-year-old Zarina will now be on a course of drugs for the rest of her life – namely, Myfortic and Prograf, both of which are designed to insure against her body rejecting the organ.

There are no specialized pharmacies for post-organ replacement treatments in Tajikistan, so those who need such drugs are engaged in an endless treasure hunt. Usually, the medicines can be ordered from Russia, although there are lucky times when they can be sourced inside the country. The same situation confronts people suffering from all kinds of ailments.

The coronavirus pandemic has thrown this delicate arrangement into disarray, however. Flights have been canceled for weeks. Prices for what is available locally have rocketed. Shortages prevail.

Toshev used to buy packs of Prograf for 250 somoni ($24). More recently, the same has set him back 1,000 somoni. Now, the drugs have become impossible to find even at that high cost.

“If my daughter does not take these medicines for three days, then the treatment, despite all our efforts, will be for nothing. As our doctor told us, without these medicines, the process of kidney rejection will begin,” Toshev said.

Along with 30 or so other parents needing post-kidney transplant drugs, Toshev traipses daily to the Health Ministry in the desperate hope of hearing good news about the arrival of new consignments of drugs. Officials keep promising deliveries are imminent, but nobody can offer a date.

These challenges are testing Tajikistan’s health system to the breaking point – and the people who use it too.

Hundreds of healthcare professionals have left the country in recent years. Russia offers doctors a streamlined citizenship application procedure, a major temptation. Doctors say the prospect of higher salaries and improved career options are too much to resist.

Although healthcare provision is nominally free at the point of delivery, the reality is that informal payments are the norm. Anybody who can afford the additional expense goes abroad, to places like Russia, India, Iran and Turkey, for specialized treatment. Doctors there are better-resourced, and the private clinics are motivated to give value for money.

Much of the problem is in where the government sees its priorities. In 2020, the state budget envisioned a 12 percent increase in healthcare expenditures. But the levels are painfully meager, as the World Bank found in a March research note on emergency COVID-19 preparations.

And while finances are tight, the reason things are this bad is that the authorities see other areas as more pressing.

“Fiscal space for health remains constrained due to slowing growth and priority given to infrastructure projects in the government budget,” the World Bank said.

As for the pharmaceutical retail sector in Tajikistan, much of that has been divvied up among relatives of President Emomali Rahmon. One of his daughters, Parvina, owns a company called Sifat Pharm. His son, the mayor of Dushanbe, controls Orion-Pharm. Those companies dominate the market.

The head of the state pharmaceutical regulator is Sulton Bekmurodzoda, who is rumored to be related to Rahmon’s late brother by marriage.

The Health and Social Protection Ministry declined to comment to Eurasianet on any of these issues.

Earlier this year, Shahodat Rahimova, 45, was diagnosed with Stage 3 breast cancer. As part of her treatment regimen, she was prescribed Herceptin.

“The cost of one course of drugs is $1,000. And we don’t have the money to buy everything at once. We buy each course of drugs separately. Now, these medicines are simply not being imported,” Rahimova said.

A couple of months back, anybody who could not find their treatments inside the country would ask friends overseas to buy them and bring them over. With planes grounded, overland transport is the only option. It takes a couple of weeks for overland cargo to be delivered from Russia.

“When I posted a message on Facebook saying I needed Herceptin, several people contacted me and promised to bring me the medicine by truck. But Herceptin needs to be stored at a specific temperature, no lower than 2 degrees [Celsius] and no higher than 8 degrees. And you can’t shake it too much,” Rahimova said. “The driver promised that he would bring the medicine in a special refrigerator. I accepted, because I have no other choice.”

If previously the doses of Herceptin were imported from Switzerland, buyers have now had to turn to Russian suppliers.

“The main thing is to get the medicine somehow,” Rahimova said.

Diabetics are in the same boat. When 12-year old Umar was diagnosed, his mother, Zulfiya Akobirova, had to scout around for the right type of insulin. The endocrinology clinic that served her now says there will be no medication available for another two months.

“Humulin R insulin is what is suitable for my son – the other ones raise sugar levels. The clinic has offered us substitutes, but we turned them down, there is no sense [in taking them],” Akobirova said.

According to official data, there are more than 4,000 people in Tajikistan who require insulin.

Akobirova said that 30 days is the cutoff period for surviving without insulin doses. After a few days of going without in times of need, a sufferer risks falling into a coma.

Her task now is to work out how she can get the Humulin R from abroad.

“I still have enough medicine for two weeks. In the meantime, I will have to get hold of this medicine by any means possible. There is no messing around or being irresponsible with childhood diabetes, never mind that COVID-19 has spread all around the world,” she said.