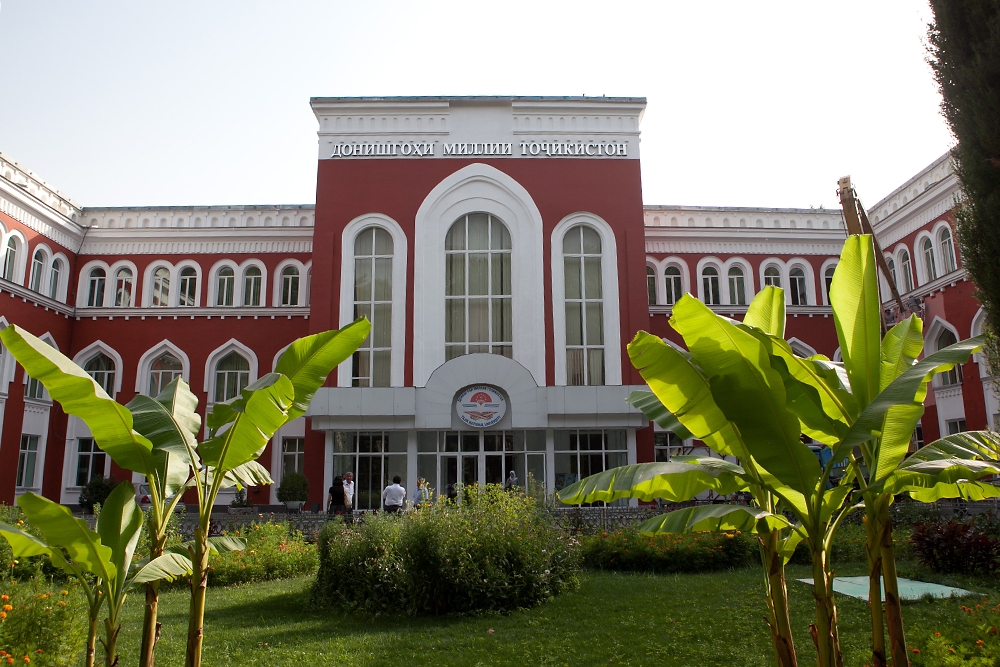 Temur had a choice. When applying to university in Dushanbe, Tajikistan’s capital, he could try to win a scholarship that would cover his expenses and fees, or pay the annual $600 tuition. But there was a third, more practical option, too.

“I paid $100 to the dean to enter the university on a government-funded scholarship [with a monthly living stipend]. This meant I didn’t have to pay $600 per year for five years, so I saved a lot,” said Temur, a 23-year-old a recent graduate who spoke on condition his full name not be printed. “Some get in for free because of good test scores, but I wasn’t sure. That’s why I paid.”

Graft in higher education has long been common throughout the former Soviet Union, where instructors’ meager salaries and a culture of corruption have made paying extra fees for the right grade, or the right entrance exam score, a preferred option for many young people. Some education experts in Tajikistan estimate that only few students obtain a university diploma without paying bribes somewhere along the way. The national Anti-Corruption Agency lists the Education Ministry as the most corrupt state body, the Asia-Plus news agency reported last October. In one instance, an administrator at a medical school asked a prospective student for a $20,000 bribe to be admitted, local media reported in July 2010. To put that figure in context, roughly 47 percent of Tajiks live in poverty – that is, making due with under $2 per day – according to the most recent World Bank data.

The trend is having long-term adverse effects outside the classroom: The lack of qualified experts in every field will cause “a very big problem” for Tajikistan, said Oynihol Bobonazarova, who runs a legal-support clinic, Perspective-Plus, in Dushanbe.

“Our students are very weak in terms of the knowledge they receive,” Bobonazarova said. “Those who have the money can easily afford enrollment in any university, but the smart guys who cannot afford this remain unable to master their area of study. This is the biggest hazard for Tajikistan. Corruption leads to instability. It undermines everything – like a tree that is healthy in appearance, but which has worms eating at its roots.”

Commenting on condition of anonymity, a professor who himself accepts bribes explained to EurasiaNet.org how entrance fees are determined. For matriculation into a liberal arts program, students are expected to pay from $1,000 to $3,000 “depending on the prestige of the department.” Law or economics programs cost between $4,500 and $10,000 to enter.

University faculty tend to target students who are absent and do poorly on exams, the professor said, to supplement their salaries of between 450 and 1,200 somoni ($96 and $257) per month. The reasons for bribe-taking vary “but are mostly due to low salaries -- to somehow feed one's family. Mostly the students themselves force [professors to do this] in order to graduate from university at any cost,” he said.

“Our students only study for the diploma, not knowledge. Our students know it is easier and most common just to pay. If you study, they rarely ask you for money, though some teachers do want money no matter what you do,” he told EurasiaNet.org. “I blame the students. If our students are studying, if they want to study, they will pass. Every teacher who wants to get money will just get it from lazy students. Only 5 to 10 percent of students study.”

Officials are well aware of the problem and are working on a solution, according to Savzali Jafarov, director of the government’s new National Testing Center, which plans to implement nationwide standardized tests for university entrance by 2014. [Editor's Note: The National Testing Center is supported by the OSI-Assistance Foundation Tajikistan, which, like EurasiaNet.org, operates under the auspices of the Open Society Foundations.]

Under the current system, “each university makes its own test, its own rules. Students apply to a university and take their [admissions] test,” Jafarov explained. “By making the tests automated [and standardized], we will eliminate the human factor.”

Though the project’s first stage will only tackle exams and the “fees” related to entry into university, many hope the system will one day confront students’ propensity to pay for grades. One recent graduate of the prestigious, Russian-government-funded Slavonic University in Dushanbe said he estimates that only three of the 40 students in his department graduated without paying bribes. Most expensive are courses in medical departments, law, business and dentistry because they are connected to professions in which graduates can quickly recoup the money they pay out, the graduate said.

“Tomorrow these will be the leaders and they are taught by the system that everything in life can be purchased. They are not prepared to live any other way,” he said.

“The big danger is that corruption will influence the knowledge base of our society,” said Jafarov at the National Testing Center. “Of course, it also influences high school education. The parents of high school students know their children don’t need knowledge to go to university and this undermines their interest in their children’s education. This is the greatest danger.”