Akhbor has been unavailable in Tajikistan for the past two years. 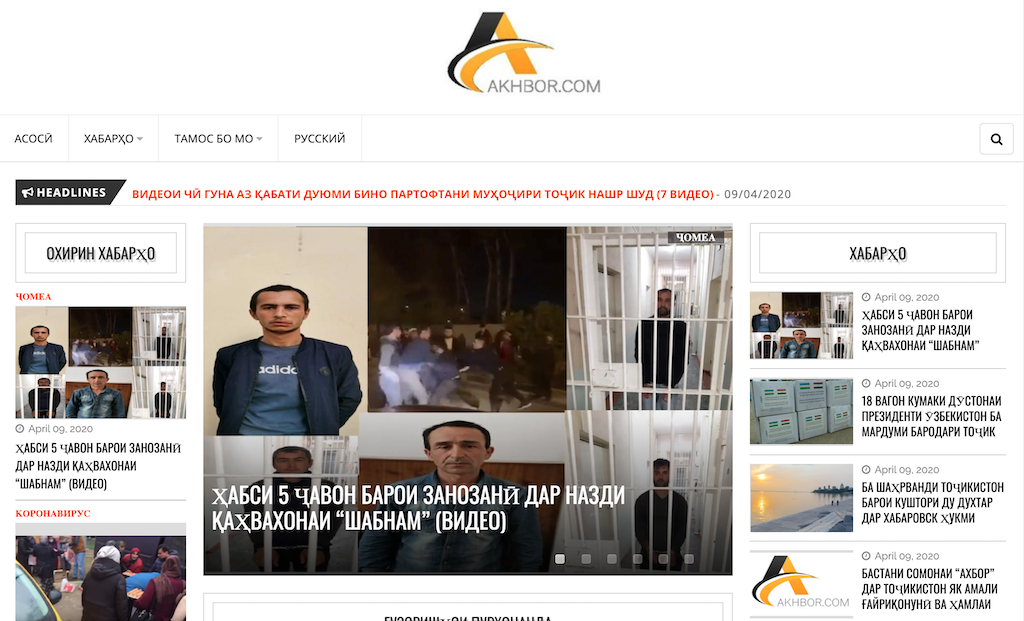 Akhbor necessities: The website has been unavailable in Tajikistan for a couple of years.

The Supreme Court in Tajikistan has ruled that the website of a news outlet based in Prague should be blocked on the grounds that it purportedly offers a platform to “terrorists and extremists.”

That characterization is a reference to political opposition movements that have been proscribed by the government.

The ruling to block access to Akhbor’s website entered into force on March 19, but it was only reported on April 9 by the state news agency, Khovar.

Akhbor, which was set up by a former employee of RFE/RL and is funded with grants from international donor organizations, is primarily focused on Tajikistan and runs reports in Tajik and Russian. It draws for its coverage on first-hand testimonies from inside the country and has in its reporting shown signs of having good sources inside the government.

In contrast with outlets based inside Tajikistan, Akhbor also routinely quotes representatives of foreign-based opposition groups such as the Islamic Renaissance Party of Tajikistan, or IRPT, and Group-24. Any outlet inside Tajikistan doing the same is liable to face prosecution.

The Supreme Court in September 2015 designated the IRPT an extremist group and the authorities have subsequently sought to link the party with terrorist atrocities, but without ever providing evidence. That same year, the Foreign Ministry issued a directive to foreign media accredited in Tajikistan exhorting them to refrain from publishing information about the IRPT.

The request to impose the ban was filed by the General Prosecutor’s Office in the “interests of preserving the constitutional order.”

A source in law enforcement who is familiar with the thinking behind the ban said the move followed moves by Akhbor to expand its network of reporters inside the country. Around 20 correspondents for the website have to date been summoned to the Foreign Ministry and the State Committee for National Security and been ordered to desist from continuing to work with Akhbor, the source said.

Without a formal ban in place, formal leverage was ostensibly absent, however – not that Tajik security service agents usually require the law to enforce their writ.

“Now, journalists who collaborate with Akhbor could face criminal liability and be equated to militants or members of a banned organization,” the law enforcement source told Eurasianet.

Media freedoms in Tajikistan do not have many more depths to plunge. The country ranked 161st out of 180 countries in the Reporters Without Borders 2019 World Press Freedom Index.

One of the last outlets still doing any serious reporting, RFE/RL’s Tajik service, Radio Ozodi, faces relentless pressure and has been denied the accreditations needed to operate freely.

Next week, on April 13, a court in Dushanbe will begin hearings in the case of journalist Daler Sharipov, who is on trial on charges of incitement to religious and ethnic hatred. The motivation for the charges is largely a mystery and the trial is being held behind closed doors.