China has delivered 300,000 doses of vaccine, but will the public want them? 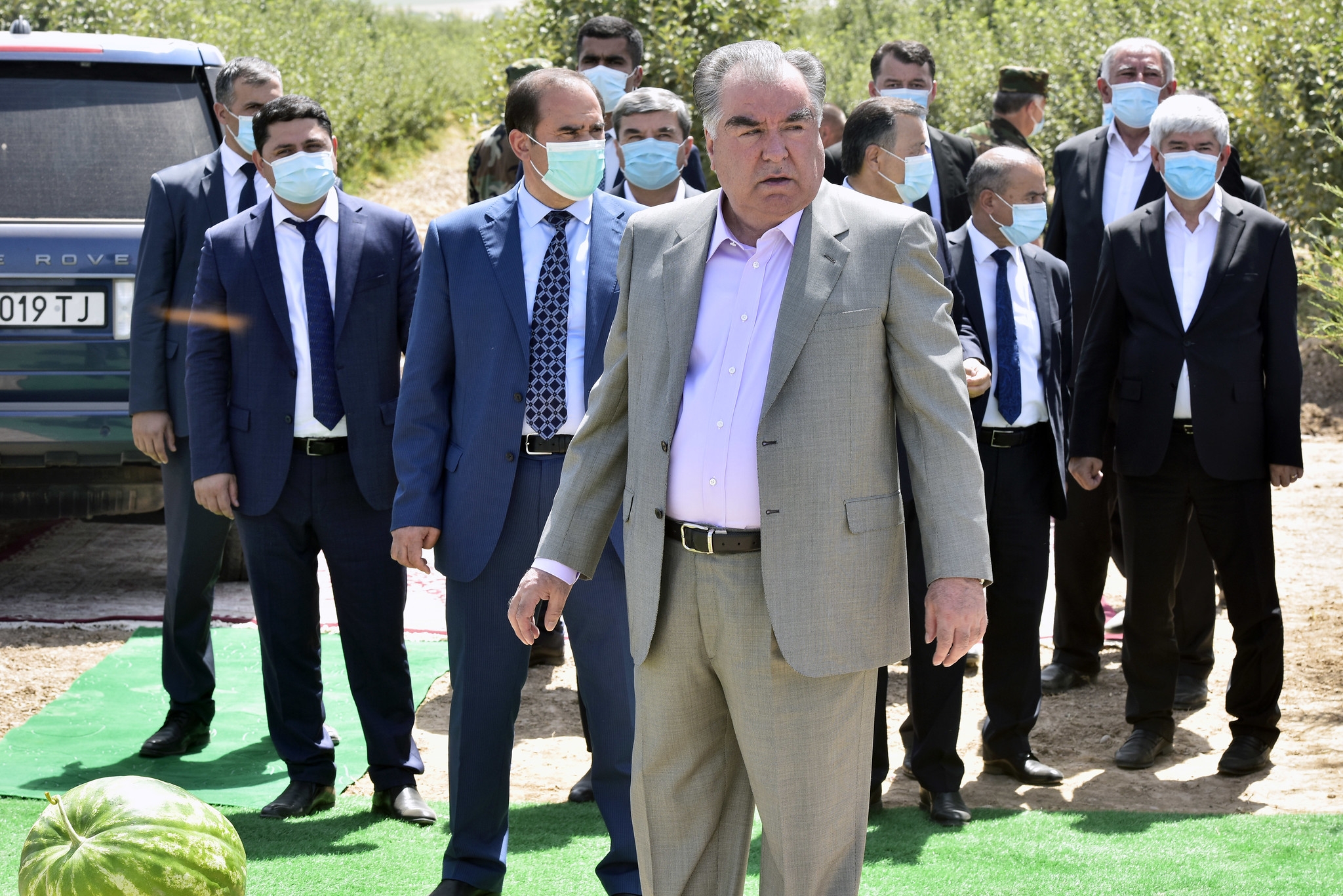 Tajik authorities have said members of the public failing to wear a mask has been a likely driver of the new outbreak. (Photo: Presidential administration)

Tajikistan is scrambling for outside assistance as it endures another wave of coronavirus cases.

After months of insisting they had won the battle against COVID-19, authorities finally caved to reality on June 21, albeit blaming the public for the fresh outbreak as they did so.

Confirmation that the country was seeing a fresh outbreak of infections had been coming from multiple places.

Unnamed sources at a private clinic in Dushanbe, Diamed, have told the Asia-Plus news website that it is returning dozens of positive tests daily.

“A huge number of people undergo coronavirus testing at our laboratory every day. For the last two weeks, we have been detecting a certain number of infected people daily. For example, on June 8, in Dushanbe alone, the coronavirus was detected in around 100 people," a source told the website, according to an article published on June 12.

Many have taken to social media to reveal their test results.

The Health Ministry was until last week flatly denying these claims. The last time that health authorities had confirmed any cases of COVID-19 was in the first half of January.

Emomali Mirzoyev, spokesman for the Health Ministry, on June 14 told RFE/RL’s Tajik service, Radioi Ozodi, that although some people have been found to have symptoms consistent with COVID-19, they have returned negative test results.

He then offered a series of increasingly bizarre and alarming alternative explanations.

“Many of these people, during the heat of early June, drank excessively cold, and even ice-cold, water and swam in cold waters,” he said, suggesting this might explain why people were feeling unwell. “People who are going to the doctor are typically running high temperatures. But they do not have coronavirus, they have tuberculosis.”

The policy of denialism bore strong echoes of what happened in spring last year, when Dushanbe spent weeks issuing increasingly implausible statements dismissing suggestions that the coronavirus had arrived in the country.

Instead of falling in line with international health expert advice on avoiding mass public events, Tajikistan pushed ahead in March 2020 with a huge party to mark the Nowruz spring holiday. The government only changed its tune in late April, on the eve of a visit of an expert mission organized by the World Health Organization.

The government effected another sharp reverse-march at the start of this year, just days after President Emomali Rahmon delivered a speech preemptively declaring victory over the outbreak. As if to live up to that boast, health authorities shortly thereafter ceased to report cases altogether.

As of June 20, the government said 13,218 people in total have been found to have the virus, and that 99.3 percent of that total number have since been cured. Only 90 people have died with COVID-19 in Tajikistan, authorities say.

Excess mortality data hints at a graver situation, however. According to the state statistics agency, 41,743 people died in 2020. That is fully 8,649 people more than the previous year.

In the face of overwhelming evidence, though, officials have once again changed tack. The Prime Minister's office issued a statement on June 21 saying that cases of COVID-19 had been detected in the country's healthcare institutions. And the public is to blame, the government says.

"The main reason for this new outbreak of the disease, experts have said, is negligence and non-compliance with certain self-protection deadlines applicable to citizens returning from abroad, as well as other recommendations, like wearing a mask," the prime minister's office said.

The authorities did not, however, report how many new cases had been detected.

It is not clear why Tajikistan was so stubborn in sticking to its guns over this crisis. One explanation is that officials have been fearful of defying the president by undermining the boasts he made over the New Year. Another is that the authorities were desperate to enable the return of migrant laborers to Russia as they see the lack of vital remittance payments wreak devastation on living standards, and that they believed covering up the epidemiological situation might help that cause. One more circulating theory is that the authorities were eager to keep the country open at least until it was able to complete celebrations for its 30th year of independence.

For all this self-delusion, Dushanbe has nonetheless eagerly been accepting help to combat a problem it was until recently insisting it did not have.

State news agency Khovar on June 20 reported that China had delivered 300,000 doses of its Sinovac vaccine. The news agency said in the same report that 116,300 people have to date received their first dose of a COVID-19 vaccination, while only 15,000 have received a second dose. Tajikistan has to date been relying on Indian-manufactured doses of the AstraZeneca vaccine delivered under the auspices of the COVAX program.

On June 16, the Asian Development Bank said it was giving Tajikistan $25 million to procure 3 million more doses and related supplies. And back in April, Prime Minister Kohir Rasulzoda appealed to Russia for help supplying whatever shots they had available, adding that Tajiks trust them more than what was then available.

And yet, even if the supply issue is resolved, skepticism will persist as a hurdle. And since the government insisted there was no COVID-19 problem, it is possible that getting the vaccination was seen as a low priority among much of the population.

Russia state-run news agency Sputnik reported on June 17 on the low vaccination uptake. Officials involved in the campaign to get people jabbed said there are locations in the country where not a single person has come forward to request the shot.

“It has been a week since medical centers and clinics across the whole country began offering the COVID-19 vaccine to people over 60. We are told that public participation is very low. Vaccination is still voluntary,” Mirzoyev, the Health Ministry spokesman, told Sputnik.