It’s open season on journalists in Tajikistan and officials aren’t shy about blaming the victims. 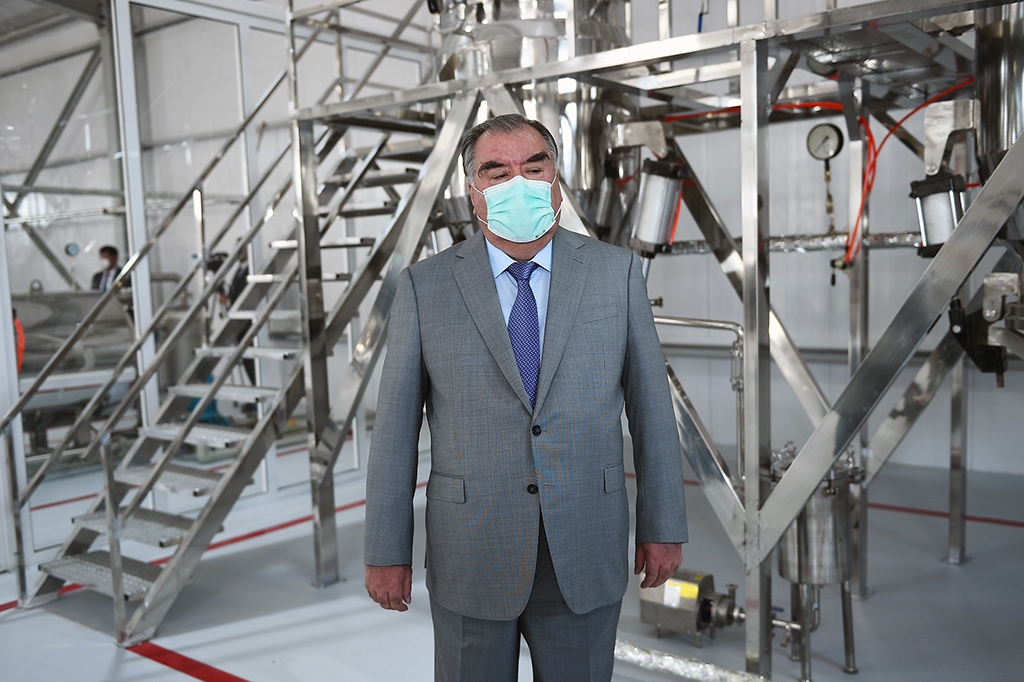 Abdullo Gurbati did not even manage to speak to the mudslide victims before he was intercepted by his assailants.

It was the middle of the morning of May 29. The 23-year-old journalist had got out of his taxi and was headed to a makeshift tent camp where villagers from Khuroson were put up after many dozens of homes were destroyed during a flash storm.

These disasters are not uncommon in Tajikistan, but government inaction on this occasion provoked an unusual swell of rage that culminated in desperate villagers blocking a nearby highway.

Phone in hand, Gurbati was headed to the camp to collect interviews. And then the car appeared. A group of men leapt out and confronted the journalist. First, they shouted and rebuked him for prying into the fallout of disaster. The blows followed soon after.

Gurbati has had a rough time of it lately. This was the second time in only a few weeks that he was attacked. On May 11, he was beaten up just outside his apartment block in Dushanbe, the capital. Police pleaded helplessness, claiming that surveillance cameras had failed to capture the faces of the culprits.

In this latest episode, the Interior Ministry all but explicitly spelled out their connivance in a statement that accused Gurbati of wishing to “build his happiness on other people’s sorrow.”

“He tried to get inside [tents] and film footage of stricken families, especially children, after which he intended to put together ‘sensational material.’ He also wished to incite a feeling of discontent with the state and government among residents,” the ministry said in its statement. “Local residents did not permit Gurbati to interfere with the inviolability of their living space and to meddle in their private lives.”

Police days later insisted they had found and fined the perpetrators, although this claim looks dubious. Gurbati managed to film some of the attack on his phone and captured the license plate of his assailants’ car. But his phone was confiscated by police after the incident and all relevant images had been deleted.

For independent reporters in Tajikistan, none of this is very surprising or shocking. Physical violence is only one in an array of methods that is habitually used to silence them.

Sometimes, journalists who have crossed a perceived red line may get a warning call from the State Committee for National Security, or GKNB, the successor to the KGB. Agents may pay a visit to relatives, to make the pressure more ominous.

Gurbati has received those calls. He has also been the target of a slew of smear attacks from the notorious Factory of Answers, as Tajikistan’s own security services-linked troll farm is known. One on Facebook, signed off by a user called Vose Pahlavi, describes the journalist as a catspaw for an exiled opposition leader hounded out of the country by the government.

“He has no knowledge of journalistic genres, but for all that, he is respected by Muhiddin Kabiri,” Vose Pahlavi writes in a typical post, just one of out hundreds strewn across Tajik-language social media. “If he is a journalist, then so is the 70 percent of the country that uses the internet.”

Such social media commentary on journalists and opposition politicians are often accompanied by luridly and crudely edited images implying sexual deviance, corruption, bloodthirstiness or any other offense deemed likely to diminish their standing.

Where journalists cannot be cowed, pressure is instead applied to regular members of the public.

When a group of journalists, including one from Eurasianet, visited Khuroson again in early June, they found villagers prepared to talk about their plight only on condition of anonymity.

“We will again be summoned [by the police] and threatened. They will tell us that we have sold ourselves out, that we are refusing to acknowledge the help of the government, and that that is why we give interviews to journalists,” one resident said.

The same interviewee claimed that some people had been thrown into jail for speaking to reporters.

This trend has become especially pronounced since Tajikistan began to succumb to its own coronavirus outbreak. The government only admitted it had a problem on April 30, after weeks of dismissing a spate of mysterious deaths as the result of pneumonia. Gurbati was one of the few reporters who had questioned that narrative, which is what seems to have earned him his first assault.

More recently, attention has turned to lack of equipment for medical workers and the shortage of treatment facilities. This too has brought out the government-boosting trolls, who have taken to social media to lambast reporters failing to praise President Emomali Rahmon for his efforts.

Smears and character assassinations are combined with the old tried-and-tested, if increasingly ineffectual, system of censorship. The strongest reporting on the COVID-19 outbreak has been done by RFE/RL’s Tajik service, Radio Ozodi, whose website is blocked. People with even slight technical know-how are usually able to circumvent such barriers by installing VPNs on their phones and computers, however.

Things took a more serious turn on June 10, when lawmakers in the lower house of parliament voted in favor of making it an administrative offense to spread “inaccurate” and “untruthful” information about the COVID-19 pandemic through media or the internet. Individuals found to be in breach will face fines of up to 580 somoni ($56), while legal entities, ostensibly meaning media outlets, may have to pay 11,600 somoni ($1,130).

What the courts deem inaccurate and untruthful will, of course, lie entirely at the discretion of the same government that appears to have engaged – and is possibly still engaging – in a coverup over the scale of the crisis. And it is not as if journalists can easily ask officials for information. Government representatives are in effect forbidden from speaking to non-state outlets, and so when they do so, it is only on strict condition on anonymity.

One of the ultimate tools against reporters is imprisonment. In April, for example, a court in Dushanbe sentenced independent journalist Daler Sharipov to one year in prison on charges of incitement to religious hatred. Formally, his offense was to write a pamphlet in which he quoted the writings of a banned Islamic group, even though the text itself was actually making the argument that Islam did not justify acts of terrorism.

Sharipov’s more serious and real transgression had been to write extensively about the violations of religious freedoms in Tajikistan.