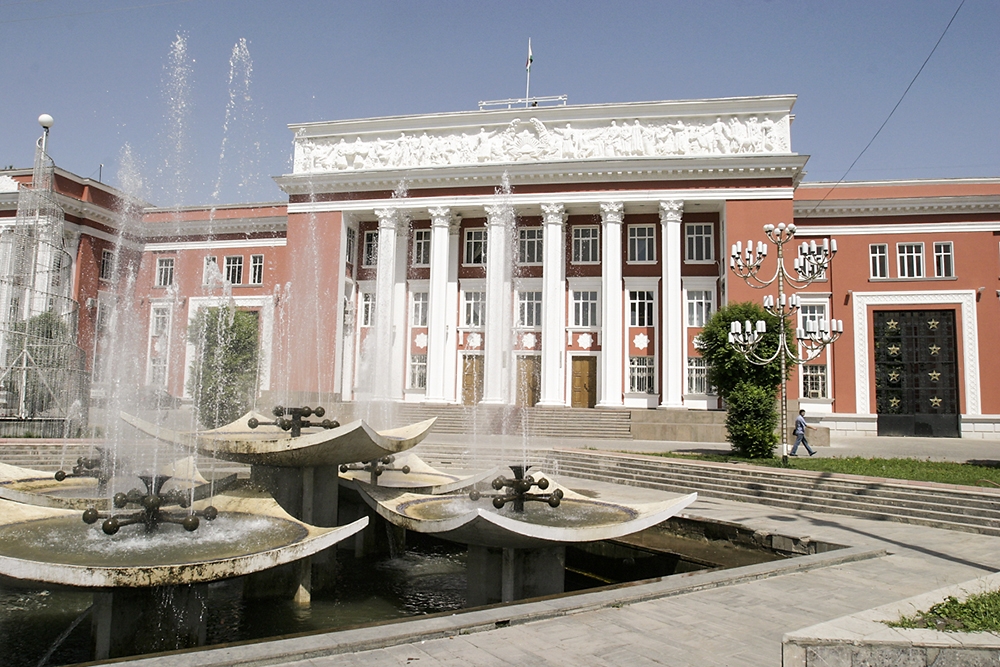 Less than a month before elections to Tajikistan’s rubber-stamp parliament, members of the embattled opposition say the authoritarian-minded government is resorting to new tactics and old – sex tapes and arrests – to discredit them.

A flurry of allegations about alleged sexual impropriety among members of the Islamic Renaissance Party of Tajikistan (IRPT) has surfaced on social media and state television in recent months. Meanwhile, another opposition group has seen several members arrested on what supporters call spurious charges.

For long-time observers, the harassment in the run-up to the March 1 parliamentary elections is an unsurprising attempt to discredit opponents of President Emomali Rahmon. In its most recent report on Tajikistan, Freedom House ranked the country’s electoral process a 6.75 out of 7, with 7 representing the furthest a country can be from democracy. The Central Asian state has never held an election judged free and fair by independent observers, though it regularly goes through the motions of holding polls. Eight parties, several of them loyal to the president, will field candidates in the elections next month.

Ironically, it is an official IRPT Facebook group that has become the chief source of compromising materials, including explicit videos and flirtatious correspondence. The IRPT claims the page – Nahzat – was taken over by hackers last June. Because Nahzat still counts many IRPT supporters as members, it is a perfect place to distribute slanderous materials that undermine confidence in the party.

One of the most compromising Nahzat posts contains alleged correspondence wherein IRPT leader Muhiddin Kabiri, a married father of seven, appears to be coaxing an unknown woman to his apartment. He says the letters are fakes.

Scandalous videos are also distributed on the Nahzat page. Since April 2014, a studio calling itself Nuri Nahzat (Light of the Renaissance) has published several tapes featuring an alleged mullah, Asadullo Karimov, luring women to his home with claims he can heal them, then forcing them to have sex. A voice in the videos claims Karimov is an IRPT member; the party denies this. One of the videos appeared on state television, which is strictly controlled by Rahmon loyalists.

In November, Nuri Nahzat published a video allegedly showing a member of the party having sex with an unknown young man. Even more damningly, in February 2014, national television aired a report about an IRPT member allegedly raping his two stepdaughters. The party denies the man is a member.

Despite these provocations, IRPT candidate Makhmujon Faizrakhmonov told EurasiaNet.org the party would not react to “fictions.” He claims authorities show weakness by resorting to online trolling and using their control over state television to slander them. “If [our opponents] criticize us, we will be happy to hear them, because it will be a way to fix our faults. But they do not follow the basic rules of critique,” Faizrakhmonov said. “This is dishonor, libel and unhealthy competition.”

The spokesperson for the ruling People’s Democratic Party of Tajikistan, Usmon Soleh, does not see anything extraordinary in the videos. “The videos distributed by Nuri Nahzat have provoked different reactions in our society, and this is natural. Only a spectator can judge, accept, deny or criticize. The audience has the freedom to choose,” Soleh told EurasiaNet.org.

Though there is no evidence the videos have been produced by Rahmon’s administration, the fact that state television has aired some of them underscores how the authorities are concerned about the public appeal of the IRPT, especially among the young, said political analyst Parviz Mullojanov. “This is why there is an attempt to undermine the authority of the IRPT among youth and intellectuals, to show the IRPT as a party whose members do not follow their own moral codes,” Mullojanov told EurasiaNet.org.

“In general, negative public opinion is being created about the ideological and fundamental values of this party. This is part of a pre-election struggle. But it can also shape a long-term public opinion,” Mullojanov added. Pressure on the IRPT to should only increase in the days leading up to the election, he said.

The IRPT is the only legal religious party in Central Asia. During the 2010 parliamentary elections, the party won 8.2 percent of the vote and kept its two seats in the 63-seat lower house of parliament. The party was born out of the civil war: under terms of the 1997 peace accords, the IRPT was guaranteed 30 percent of government positions. But over the nearly two decades since then, Rahmon has steadily consolidated his authority and has neutralized the IRPT.

These days, some observers say a greatly diminished IRPT serves a useful purpose for Rahmon’s administration, enabling it to claim to foreign donors that Tajikistan has a democratic system.

Although existing on paper, the IRPT cannot provide a check against government actions. Last year, authorities systematically dismantled several IRPT revenue streams, while arresting members on what supporters called bogus charges, such as attempting to bribe a police officer. This year IRPT members have complained that authorities are preventing them from holding rallies; party leader Kabiri says pressure, though expected, started earlier than usual this campaign season.

Meanwhile, another opposition party – the Social Democratic Party (SDP), which has never gained representation in parliament – claims authorities are using even dirtier tactics to prevent it from winning seats. One candidate, human rights lawyer Shukhrat Kudratov, was condemned to nine years in prison last month in a trial Human Rights Watch called “politically motivated.” The watchdog demanded his release.

Then the ruling party published correspondence that it said showed SDP leader Rahmatillo Zoirov saying he would benefit from Kudratov’s imprisonment. Zoirov told EurasiaNet.org that the allegation is a “blatant lie” and a “pre-election provocation.”

Another SDP leader, Firdavs Sohibnazarov, head of the party in the southern Huroson District, was arrested February 3 on embezzlement charges. Sohibnazarov has said the charges are intended to keep him from participating in the elections.